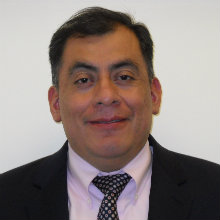 During his career at the Bank, Jose has worked in 37 countries around the world leading teams of experts on bank regulation, financial sector restructuring, development banks, migrant remittances, access to finance, and SME finance. Early in his career, Jose worked at the Bank and Securities Commission of Mexico where he served as Director of Bank Supervision and participated in the resolution of Mexico’s banking crisis of 1994-95.

Between 2007 and 2010, he served as Chief Economist and Deputy Managing Director of Financiera Rural, a financial institution serving the agribusiness sector and SMEs in Mexico. José holds a B.A. in Public Administration from El Colegio de México and a Ph.D. in Political Economy from the Free University of Berlin. He is the author of several publications on international finance. In 2000, he was the recipient of the Jacques de Larosiere Award granted by the Institute of International Finance to the best essays in international finance.