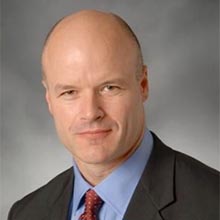 James David Fielder manages investigations and forensic audits in the Integrity Vice Presidency (INT), which contributes to the World Bank’s core mission of promoting development and reducing poverty by ensuring that funds are used for their intended purposes. Mr. Fielder manages investigations in connection with allegations of fraud and corruption in World Bank Group-financed projects, as well as allegations of significant fraud or corruption involving World Bank Group staff.

He joined the World Bank in December 2011. His prior experience includes two years as the Assistant Inspector General for Investigations at the U.S. Securities and Exchange Commission (SEC) where he supervised investigations of the SEC’s activities in connection with the Madoff and Stanford Ponzi schemes, and several other matters. He also served at the SEC for several years as a Branch Chief and senior counsel in the Division of Enforcement where he led key parts of the government’s case against Enron. In addition to his experience at the SEC, Mr. Fielder was a partner in the Washington, D.C. office of Haynes and Boone, LLP, and Special Assistant Counsel to the President of the United States. He received his B.A. magna cum laude from Washington University in 1987, a master’s in hydrogeology/environmental geology from Pennsylvania State University in 1989, and his J.D. from the University of Michigan in 1992.