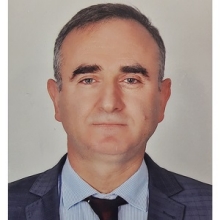 Prior to joining the WBG Board, Mr. Demircan held several senior positions in the Turkish government, including G20 Sherpa of Turkey; Deputy Undersecretary of Treasury; Deputy Director General, and Head of Department, Department of EU and OECD - General Directorate of Banking and Exchange, the Undersecretariat of Treasury; Chief of Cabinet and Advisor to the State Minister for Economy; and Economic Counsellor, the Permanent Delegation of Turkey to the OECD-Paris. Mr. Demircan has extensive experience in the financial and venture capital policies.

Mr. Demircan holds a degree in Economics from Ankara University (1986), and a Master’s degree in Administration (1996), in the area of Finance, from the West Coast University, Los Angeles, USA.