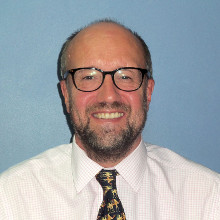 Greg Toulmin, a UK national, has been working in development since 1978. His early experience, gained with DFID and its predecessors, included working on operations in Bangladesh, DR Congo, India, Kenya, Malawi, Uganda, Zambia, and Zimbabwe. From 1984 to 1986 he was an adviser to the UK Executive Director at the World Bank. He also worked on environment and development issues, on UK relations with the European Union, and UK relations with the United Nations development agencies. Greg worked in the European Commission from 1996 to 1998, advising on the management of EC aid to Asia, Latin America, and southern Mediterranean countries. Greg joined World Bank staff in 1999 to work on the implementation of the Comprehensive Development Framework and Poverty Reduction strategy papers. From 2003 to 2007 he was head of the Trust Fund policy team in the Concessional Finance & Global Partnerships Vice Presidency. From 2007 to 2015 Greg was the Country Program Coordinator covering Ethiopia, Sudan and South Sudan, and from 2015 to 2017 the Country Program Coordinator covering Cabo Verde, The Gambia, Guinea-Bissau, Mauritania, and Senegal. Since August 2017, Greg has been the World Bank Group Country Manager for Malawi. He has an MA and BA from Oxford University in Philosophy, Politics and Economics.