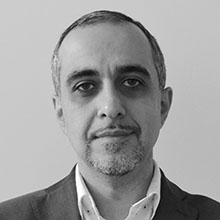 Gevorg Sargsyan is the World Bank Country Manager for Belarus, since July 2021. He oversees the World Bank’s program in the country and leads policy dialogue with government counterparts, civil society and other partners.

Prior to joining the Bank, Mr. Sargsyan worked in senior positions at various private and public sector organizations.

He is the author and co-author of a number of publications and papers in the area of clean energy and infrastructure finance. He has an M.S. in applied math, and a Ph.D. (ABD) in economics.

Mr. Sargsyan is married and has 2 children. He likes hiking with his dog, cycling, scuba diving and photography.