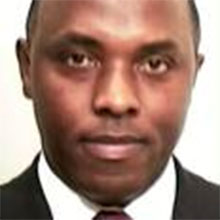 Mr. Francois Nankobogo, Country Manager for Chad, Africa Region, assumed his assignment in N’Djamena on September 1st, 2017. He returns to the Region after six years spent in the Europe and Central Asia (ECA) Region where he served as Lead Operations Officer in the Development Effectiveness Unit. Previously, Francois worked in the Finance and Private Sector Department of the Africa Region and led Task Teams that delivered lending and non-lending services in several countries of Western, Central and Eastern Africa. Francois joined the Bank as an Economist in the Country Office in Burundi where he eventually had an extended assignment as Acting Resident Representative prior to moving to HQ in Washington, D.C.

Prior to joining the Bank, Francois spent many years in the academia and was a consultant to international organizations and private sector entities. He holds a Ph.D. in Economics from the University of Geneva, Switzerland, and he completed his Post-Doctorate fellowship at the University of Pennsylvania in Philadelphia, USA.