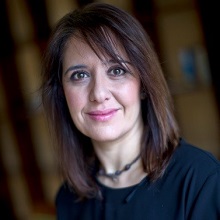 Ms. Valle Maestro has held positions in the Spanish government, including Director of the Economic Office of the President of the Government, Spanish Sherpa to the G20, Advisor to the International Financial System department in the Spanish Treasury, Advisor and Senior Advisor at the IMF’s Board, Advisor to the Secretary of State for Energy, Advisor at the General Directorate of Economic Policy and Advisor on antitrust and competition policy issues (energy and telecommunications).

Ms. Valle Maestro has also worked as Director of her own consultancy firm, QED Economics.

Ms. Valle Maestro holds a BA in Economics from Universidad de Zaragoza, Spain since 1996, and graduated as State Economist in 2000.