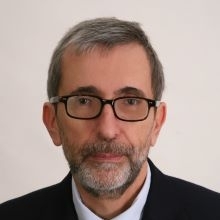 Emmanuel Cuvillier is the World Bank Resident Representative in Algeria. A French National, Emmanuel is an economist and public sector specialist with over thirty-five years of professional experience at the World Bank, the United Nations, and with the European Commission. He joined the World Bank’s MENA region in 2012, where he was responsible for coordinating all public sector activities related to governance and public financial management in the Mashreq, with regular interventions in the Maghreb, as well as cross-cutting support in Africa and South Asia.

He has comprehensive expertise in economic and public sector governance, public finance, State-owned Enterprises’ reform, regional integration, fiscal decentralization, public service delivery, and capacity building and partnerships. Prior to joining the Bank, he worked as Lead Economist and Government Advisor at UNDP in New York and was the UN Executive Coordinator for the West-African Economic and Monetary Union, partly based in Burkina Faso until 2012. He has extensive field experience in Fragile, Conflict and Violence-affected countries (FCV) where he has spent most of his career.

The World Bank in Algeria