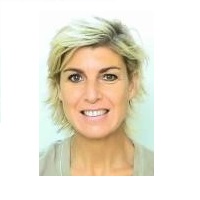 Dominique Bichara, a Belgian and Egyptian national, is the Director of Corporate Affairs and Administration, in the Corporate Secretariat of the World Bank Group since 2016.

In 2004, Dominique opened the first World Bank Group office in Tunisia, where she represented the Bank until 2007.

From 1995 to 1999, she worked for the UN FAO's and IFAD's Legal Departments in Rome, Italy, covering countries across regions and specializing in project financing in environmental protection and water management.  In 1999, she returned to the World Bank Group as Senior Counsel for the Maghreb countries and Lebanon. She first joined the Legal Department of the World Bank Group in 1992 where she worked for the Sub-Saharan Africa Region, then became Special Assistant to the Senior Vice President and General Counsel.

Prior to  joining the World Bank Group, she was Attorney at Law in private practice in Brussels and Paris, specializing in European business law.

Dominique Bichara holds a Maîtrise en Droit International from Université d'Aix-en-Provence, France, a Postgraduate Degree in European and International Law from Institut d'Etudes Européennes of Université Libre de Bruxelles, Belgium, and a Certificate in Common Law from the University of Exeter, U.K.

She has two children.