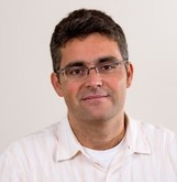 Daniel Riera-Crichton is a research economist at the Office of the Chief Economist for Latin America and the Caribbean of the World Bank. He is also a Research Associate at Globalization Institute at the Federal Reserve Bank of Dallas and a research fellow at the Santa Cruz Institute for International Economics (SCIIE).  He received his Ph.D. in Economics from the University of California at Santa Cruz in 2007. Prior to his graduate studies in the US, he received his B.A. from Universitat Autónoma de Barcelona and M.A. from Universitat Pompeu Fabra.  Before arriving at the World Bank, he was an Associate Professor of Economics at Bates College in Maine.  His research agenda addresses issues on Persistent Current Account Imbalances, International Financial Integration, Commodity Price Shocks, Real Exchange Rates, International Reserves and Fiscal Policy. His work has been published in the Journal of Monetary Economics, The Review of Economics and Statistics, the Journal of Development Economics, the Journal of International Money and Finance as well as other journals. His research has been featured in popular media such as The Washington Post, The Chicago Tribunal, The Tampa Bay Times, Mother Jones and others as well as policy forums such as Brookings Up Front, World Economic Forum, and VoxEU.