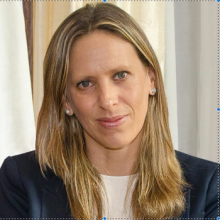 Cecilia Nahón, an Argentine national, is an Alternate Executive Director at the World Bank Group (WBG) representing the constituency of Argentina, Bolivia, Chile, Paraguay, Perú and Uruguay since February 2020. She also serves as a member of the Subcommittee of the Committee on Development Effectiveness (CODE).

Ms. Nahón is a seasoned economist specialized in international affairs and development, with more than 20 years of experience in public policy, diplomacy, and academia.

Prior to joining the WBG Board, she worked on various G20-related matters at the WBG, the American University in Washington, DC, and served as Sherpa of Argentina at the G20 (2012-2015). She served as Ambassador of Argentina to the United States (2013-2015); Secretary of International Economic Relations, and Undersecretary of Investment Development at the Argentina Ministry of Foreign Affairs and Worship (2011-2012); and Head of the Strategy Department at the Argentine National Agency for Investment Development (2008-2010).

Ms. Nahón has published numerous academic articles and opinion pieces in Argentina and abroad and has extensive experience teaching undergraduate and graduate-level courses at University of Buenos Aires, National University of Quilmes, FLACSO and American University. Recent courses include “Theory and Practice of the G20” and “International, Legal and Policy Issues in Sovereign Debt Restructuring”.

Ms. Nahón is the founder and Honorary Director of the Model G20 Initiative at American University.