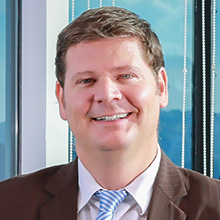 Boris Weber was appointed the World Bank representative in Ecuador in July 2022. In that role, he contributes to dialogue with the government and key actors in the country. He also coordinates the implementation of the World Bank portfolio in Ecuador, which includes 12 active projects totaling some US$2.97 billion to support key sectors such as social protection, education, health, water and sanitation, infrastructure, disaster resilience and agriculture.

Weber, a native of Germany, has extensive experience as a resident representative and project manager. From July 2018 to June 2022, he served as the resident representative in Honduras, where he scaled up promising initiatives such as several rural competitiveness projects (COMRURAL) and supported the country’s rapid responses to multiple crisis events ranging from the COVID-19 pandemic to two devastating hurricanes, Eta and Iota.

As a project manager specializing in ​​the public sector, he supported strategies such as the modernization of the state, human resource management reforms and the strengthening of the public sector in different countries of Africa, Latin America and Asia. He also has experience in implementing education, health and statistics projects and in designing country strategies. Additionally, he has spearheaded innovative projects on information and communication technologies to improve budget preparation and reach the most vulnerable population segments.