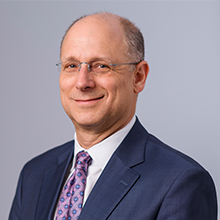 Andrew Mason is Lead Economist in the Office of the Chief Economist for the East Asia and Pacific Region of the World Bank. Prior to joining the Chief Economist’s Office, Mr. Mason served as Manager of the Social Protection and Jobs Global Practice for the Bank’s Europe and Central Asia Region.

During his career, Mr. Mason has worked on a range of development issues, including poverty reduction, gender equality, labor, and social protection. He is co-author of several World Bank flagship studies, including A Resurgent East Asia: Navigating a Changing World; Toward Gender Equality in East Asia and the Pacific; Informality:  Exit and Exclusion, a Latin America and Caribbean regional study; and, Engendering Development – Through Gender Equality in Rights, Resources, and Voice, a World Bank Policy Research Report. Mr. Mason has also served as an Adjunct Professor of Public Policy at Georgetown University.

He holds a Ph.D. in applied economics from Stanford University and a Master of Public Policy (MPP) from Harvard University.