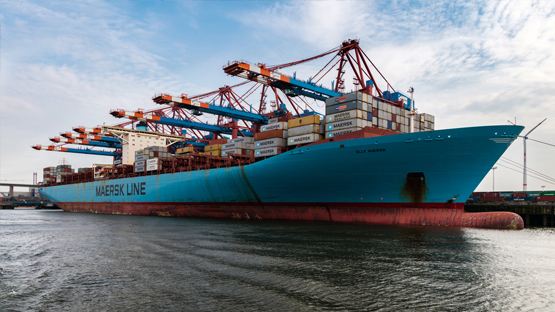 Timor-Leste’s future is brighter today thanks to steps taken by the government to open its economy and enable investment. One of its largest private investments in public infrastructure is the Tibar Bay port, the country’s first PPP project. The World Bank and IFC assisted in building up the government’s PPP capacity, structuring the project, and securing interest from international investors. Now under construction, the state-of-the-art port will increase cargo capacity, improve the business climate, and help diversify the economy and create jobs.

In the early 2010s, Timor-Leste began its recovery toward social and economic stability. But its progress and growth prospects were held back by poor infrastructure. To support growth and create jobs, the government prioritized major infrastructure investments such as shipping ports and airports. However, it was difficult to attract international investors to finance and build the much-needed infrastructure because the country had only recently emerged from conflict.

IFC worked with support from the Public Private Infrastructure Advisory Facility (PPIAF) and the Asian Development Bank (ADB) to help the government define its PPP pipeline and select Tibar Bay port as the country’s first PPP project. The World Bank implemented PPIAF’s technical assistance grant to set up Timor-Leste’s PPP unit and strengthen its technical expertise. The Bank also mobilized funding from Australia’s Ministry of Foreign Affairs and Trade (DFAT) to support the PPP work. IFC helped structure the Tibar Bay PPP transaction and tendering of the project to leverage private investment alongside the government’s contribution.

Setting Up the Regulatory Framework and Institutional Capacity

In 2011, PPIAF provided a $75,000 technical assistance grant to enable IFC to work with the government and define its PPP program. As a result, more than 20 projects were identified, including the Tibar Bay port.

To move the program forward, in 2012 PPIAF and DFAT provided technical assistance grants of $250,000 and $500,000, respectively. The World Bank implemented the assistance, which deepened the government’s capacity for managing PPP projects and large investments. A PPP unit was set up within the Ministry of Finance in 2013 and worked closely with the World Bank, using the grant funding to design policy guidelines and operating procedures for assessing and financing PPPs in a fiscally sustainable way. The assistance also targeted the government’s overall capacity to develop future infrastructure PPP projects, engage with local communities to explain the projects, as well as structure bankable transactions to attract private sector participation. The funding also helped establish a mechanism for using the country’s Petroleum Fund to make public contributions to PPP projects.

In 2013, with additional support from ADB, the government enacted new PPP legislation, which today underpins the implementation and development of PPP projects in the country.

In parallel, the government continued to build its capacity, working with the World Bank on strengthening its institutional capacity in PPP and investment issues. The expertise provided by the Bank Group allowed the PPP unit to lead the government’s efforts in undertaking analysis and financial structuring options for the Tibar Bay port at par with international best practice, as well as examine related environmental and social protection issues.

In 2016, the French transport conglomerate, Bolloré, won the 30-year concession through an open and transparent competitive tender. Bolloré will invest $150 million in the first stage of construction, the largest private investment in the country to date outside of the oil and gas sector, with the government contributing $130 million in viability gap financing. Construction is expected to take up to 3 years, create about 500 local jobs, and give the economy a much needed boost.

In early 2018, Timor-Leste received a final $90,000 grant from PPIAF that enabled IFC to help the Tibar Bay PPP project reach financial close in August 2018. The assistance focused on capacity building for the Tibar Bay Project  Management Unit and included the completion of a  contract management manual and training.

The port is vital for government efforts to establish new logistics and industrial zones that will help diversify Timor-Leste’s economy, create economic opportunities for its  citizens, and open doors for future private investment in  the nation’s infrastructure. Through the PPP program,  the government benefited from private sector expertise  in designing, constructing, and operating a world-class  container terminal port.

The joint advisory work by the World Bank and IFC leveraged the respective strengths of each institution. The additional mobilization of funds and support from DFAT and ADB demonstrates the effectiveness of the MFD  approach that has helped transform Timor-Leste’s investment environment.

IFC, as the transaction adviser for the Tibar Bay port, worked with the government to structure the project, attract private investors, and bring the project to financial close.