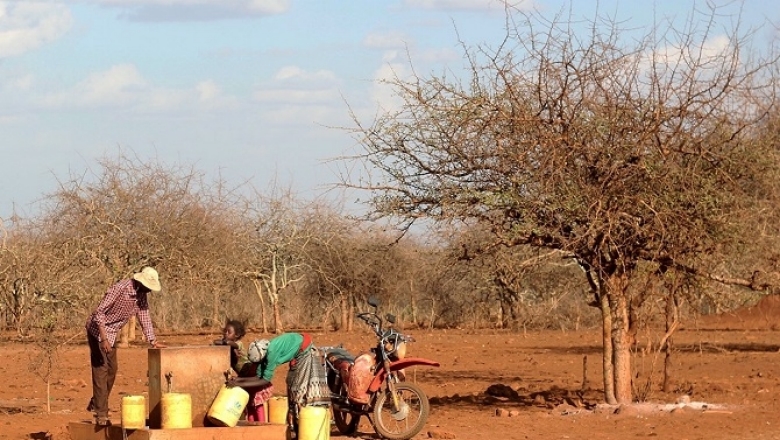 Kenya’s national development plan seeks to make basic water and sanitation available to all by 2030. Building on Kenya’s utilities reforms that started in 2002, the World Bank Group and other development partners supported the country through a series of measures from 2007 to 2017 that has successfully attracted private financing of $25 million. The combined effort built up critical water assets and directed commercial funding to expand access to water and sanitation services, including in rural and low-income areas.

Kenya, with water resources of around 500 cubic meters per person, is a water-poor country. The water stress level is likely to increase substantially with rapid population growth, urbanization, industrialization, and climate change. Achieving universal access to safe water requires an estimated $14 billion in investment in water supply over the next 15 years. Given that development partners now contribute more than half of financing, an increase in mobilizing new sources of financing, including commercial financing for commercially viable investments, is required.

Kenya’s Water Act of 2002 introduced important reforms in the sector that improved governance, operational efficiency, and retained revenues within the sector for reinvestment. The Water Services Regulatory Board followed up with utilities tariff reform in 2009. Following decentralization of the sector, the Water Act of 2016 was passed to align the sector with the provisions of Kenya’s 2010 Constitution, which retains provisions for debt financing for investment.

Building on the 2009 tariff reform led by the water regulator, the World Bank Group worked with utilities to develop ways to finance new infrastructure with their own revenues on a sustainable basis. This involved earmarking surplus revenues to improve water assets. A revenue-backed lending structure, through which utilities would be able to borrow against future surplus revenues, was developed with technical support. IFC and a local bank were involved in loan appraisals, and while private financing did not initially materialize due to uncertainty over the ownership of assets and cash flows, this initial work outlined and demonstrated a model for future financing activities.

The World Bank Group and its development partners supported several initiatives to improve the creditworthiness of water utilities and increase access to commercial debt. These included the first two credit rankings of Kenyan utilities in 2011 and 2015, a process that is now handled by the country’s water regulatory board and forms part of its utility monitoring statistics.

In addition to creditworthiness assessments, technical assistance to borrowers and lenders for project pipeline development and implementation has facilitated the flow of commercial financing, with support from multidonor World Bank Group trust funds—including PPIAF, GPOBA, and the Water and Sanitation Program.

In 2007, the World Bank launched a pilot program with K-Rep Bank, a Kenyan microfinance bank, to help rural and peri-urban communities access loan financing for improving and expanding small piped-water systems. Technical assistance was provided to develop bankable loan applications and supervise project implementation. In 2010, the program was scaled up with support from the European Union. The World Bank leveraged IFC’s expertise on client assessment prior to tapping funds from the GPOBA’s water facility.

Another pilot that started in 2013 has been scaled up into a utility financing facility. The World Bank, through GPOBA, has provided $21 million of results-based grants to help water service providers obtain commercial funds for delivering water services to low-income areas. These projects have already provided water access to over 300,000 people, with another 200,000 expected to benefit by the time the last project closes in December 2019.

As of 2018, approximately 50 transactions have been completed, which raised more than $25 million in private capital, including a $6 million loan to Nairobi City Water and Sanitation Company. The experience demonstrates an emerging project pipeline and growing appetite among utilities for blended financing to bridge the investment gap. Utilities are gaining experience in executing commercially bankable projects, and there is growing interest among local banks to lend to the water sector, with four banks now actively participating, and others looking to enter the market.

The U.S. Agency for International Development’s Development Credit Authority supported many of these loans through credit guarantees that provided partial risk cover to domestic lenders. These efforts directly complement the Dutch-funded Kenya Pooled Water Fund, which is planning to pool together assets to issue larger, risk-diversified private bonds.

The World Bank and various multi-donor trust funds, including the Public Private Infrastructure Advisory Facility (PPIAF), helped facilitate the flow of commercial financing. This included the first two credit rankings of Kenyan utilities, a process now handled by the country’s water regulatory board.