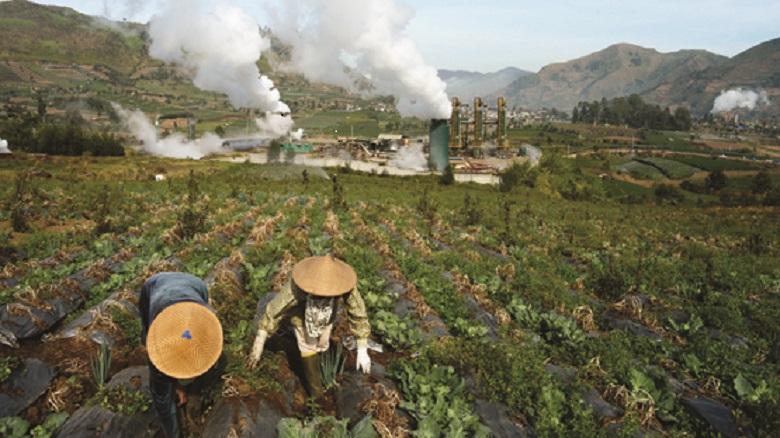 Indonesia is poised to become a world leader in geothermal energy, addressing long-standing supply issues, fostering sustainable economic growth, and driving progress toward its target under the Paris Agreement: the Nationally Determined Contribution (NDC) to establish 23 percent renewable energy by 2025 and reduce carbon emissions by 29 percent by 2030. The World Bank Group is developing an innovative credit facility to manage risks inherent to developing this renewable energy source. With private sector investment ready to flow, the stage is set for geothermal to provide clean and reliable energy to millions while reducing emissions by 150 million tons of CO2 equivalent over 30 years.

Almost 20 million people in Indonesia—7 percent of the population—lack access to electricity, and the country does not produce enough energy to keep up with rising demand. Over-reliance on fossil fuels undermines sustainable development and economic growth. While Indonesia is home to 40 percent of the world’s geothermal reserves, until now the high upfront costs of developing a geothermal site, coupled with uncertainty that any single site will deliver a return, have discouraged large-scale investment.

The World Bank Group’s Geothermal Resource Risk Mitigation (GREM) project in Indonesia exemplifies the catalytic effect of the Maximizing Finance for Development (MFD) approach. Successfully developing a geothermal site requires deep pockets and a large appetite for risk—barriers that have often been too high for developers.

The initial exploration and drilling phases of developing geothermal sites are particularly costly and risky. Resource exploration of a potential site in Indonesia can cost from $30 to $50 million, with no way to recoup losses if the resource proves insufficient. Later stages are less risky but even costlier—up to $400 million to develop a 100-megawatt site. Indonesia’s geothermal resources are located on islands with large populations, such as Java and Sumatra, where electricity demand is high and growing, as well as remote islands in the country’s east, offering an opportunity for poverty alleviation through rural electrification. With hundreds of potential sites, billions of investment dollars are needed to tap the potential of geothermal power in Indonesia.

The World Bank is helping the Indonesian government establish an innovative credit facility to unlock investment in geothermal energy. Designed to bridge financing gaps and mitigate risks, the facility will channel $650 million of finance into exploration.  This includes $150 million from the government, $175 million in concessional climate finance, and $325 million in loans from the World Bank (figures are subject to appraisal).

• Partial funding through concessional finance for the initial high-risk phases, with a mix of public money and climate finance structured to ensure that developers have a stake in the outcome.

• If insufficient steam resources are found, up to 50 percent of the loan will be forgiven, considerably reducing the risk for developers.

This innovative financing paves the way for developing geothermal energy, with potential to unlock up to $4 billion in investment.

Alongside the World Bank, IFC has been advising on the implications of various facility structures based on the needs of the private sector. IFC advice was critical in identifying ways of leveraging public resources to bring in private sector money. IFC is now developing a financing instrument to dovetail upstream investments under the World Bank-supported facility, which will kick in once private investors pass through the high-risk exploratory phases. Once scaled up, this instrument will act as a bridge between the facility and the finance needed for a fully functioning station that is able to generate power for citizens and a return for the developer.

The facility is projected to leverage $4 billion in private sector funding to develop a gigawatt (GW) of capacity through 20 new geothermal located throughout the archipelago—enough to power about a million Indonesian homes. Beyond expanding access, this will help Indonesia reach its NDC under the Paris Agreement with 23 percent renewable energy by 2025 and a 29 percent cut in carbon emissions by 2030.

This is just the beginning. The government is planning to establish 5.8 GW of new geothermal capacity by 2026. Representing a 40 percent increase in global installed capacity, this will make Indonesia the world’s largest geothermal market. Getting there will require around $25 billion of investment, most of which is expected to come from the private sector. Through ongoing engagement with the World Bank Group, along with other development partners, Indonesia is set to meet this challenge and establish a brighter, greener future.

The World Bank is supporting the development of a credit facility that will channel $650 million in finance into geothermal exploration drilling, through a combination of lending, concessional finance, and funding from the Indonesian government1.

IFC is collaborating with the World Bank to identify the concerns of potential private sector investors in the sector and is developing a complementary facility to fund downstream activities.