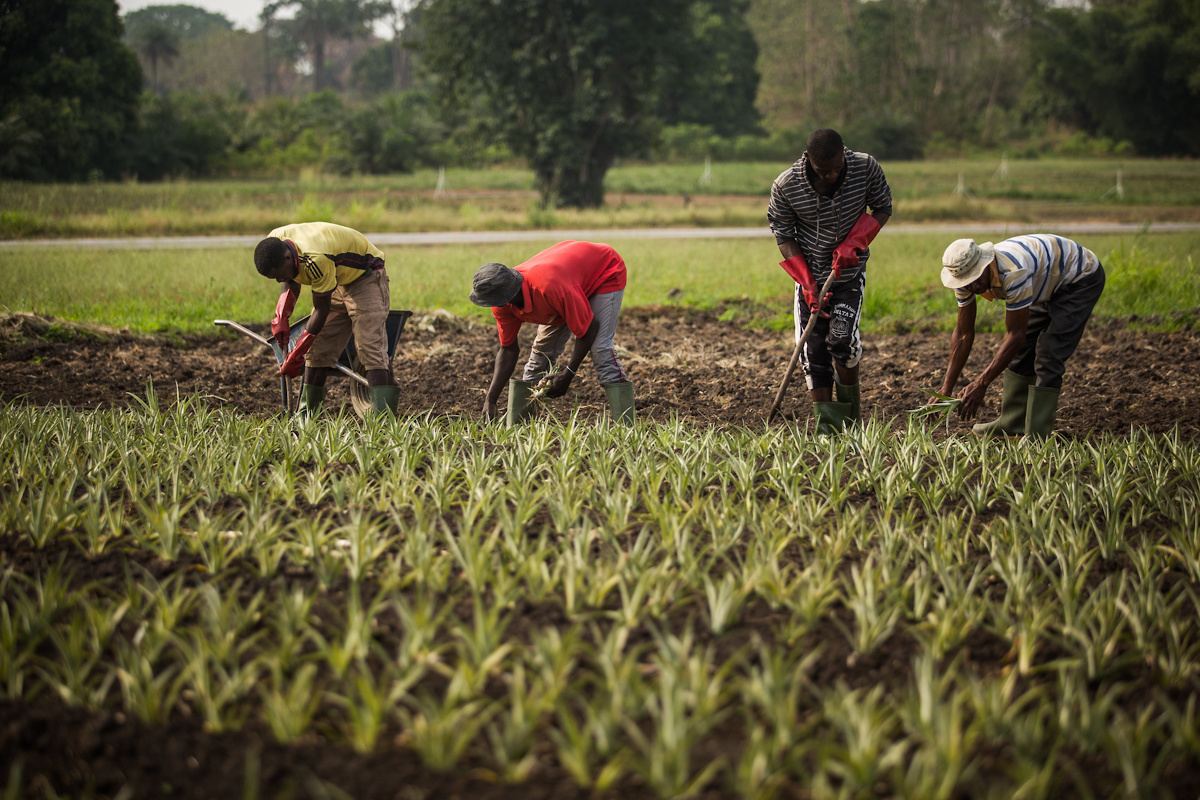 The guarantee will help strengthen the productivity of the agricultural base and diversify the economy by supporting the first major industry player to venture into the fruit and canned juice subsector in Sierra Leone.

Sierra Leone has enjoyed peace and stability since the end of its civil war in 2002. However, the country still struggles with poverty and high unemployment rates. Agriculture is the main source of livelihood, with nearly two thirds of the working-age population engaged in subsistence agriculture, particularly in rural areas where poverty levels are highest. The Government of Sierra Leone has successfully increased agricultural capacity; however, the country remains a net food importer despite favorable geography, a favorable climate, and an abundance of natural resources.

The World Bank Group’s Multilateral Investment Guarantee Agency’s (MIGA) support for an investment by Dole Asia Holdings in Sierra Leone will allow the first major industry player to venture into the fruit and canned juice subsector in Sierra Leone. The project will help strengthen the productivity of the agricultural base and diversify the economy, which in turn will help improve agricultural outcomes for food security and rural income generation as pathways to accelerate growth and reduce poverty.

The project consists of the design, construction, and operation of a greenfield agro-industrial facility in southern Sierra Leone that will cultivate, harvest, and process pineapples and other tropical fruit for export. The project is expected to create over 2,000 formal jobs, and as many as 3,500, with salaries well above the local minimum wage. The vast majority of these positions will be reserved for local Sierra Leoneans.

With over 60 percent of Sierra Leone’s work force in agriculture—and 60 percent of that work force consisting of women—the project has the potential to enhance employment, generate rural income, create wealth, sustain livelihoods, and overall contribute to industrial development.

MIGA is providing guarantees to Dole Asia Holdings to cover its equity investment and shareholder loan against the risk of Expropriation. MIGA’s gross and net exposure to the project are US$37 million and US$18.5 million, respectively.

The International Development Agency’s Private Sector Window (IDA PSW), through the MIGA Guarantee Facility, provided about US$10 million in first loss coverage to support the MIGA guarantees. The MIGA Guarantee Facility helps bridge gaps where market and MIGA-arranged capacity are insufficient or unavailable to crowd in private investment. The support of the IDA PSW provided the additional comfort for MIGA to proceed with the guarantee and help reduce the risk-capital allocated to the transaction.

The Project is considered high risk due to the facility’s location in a poor and rural area with limited infrastructure, its significant size of land and cultivation areas, its greenfield nature, and the agribusiness sector’s risk exposure to unpredictable factors such as weather and pests. Therefore, the use of IDA PSW resources to provide first loss coverage for MIGA’s guarantees was necessary for the project to move forward.

The project will introduce modern equipment and processes, increase fruit crop productivity, locally transform an indigenous natural resource into a high value-added product, enhance local supply chains, and facilitate greater access to international markets. The project is also expected to create over 3,000 jobs during the production phase, and provide technical and vocational training to staff, along with new infrastructure for local communities. Finally, the project will source a portion of its pineapple directly from individual farmers by providing appropriate training and technical assistance to farmers. This will create additional local employment, further improve the livelihood of the surrounding communities, and have significant impacts in terms of poverty reduction.

The project is also expected to bring in foreign exchange for the country each year, while helping diversify the economy away from mining. It will also contribute to the development of the local agricultural supply and logistics chain through the enhancement of services and participation in a future out-grower scheme that will improve both farmers’ income and access to markets.

MIGA Guarantee Facility-supported projects are made possible thanks to close cooperation from multiple teams across MIGA and IDA.