Comoros: Transforming Telecommunications in the Union of the Comoros 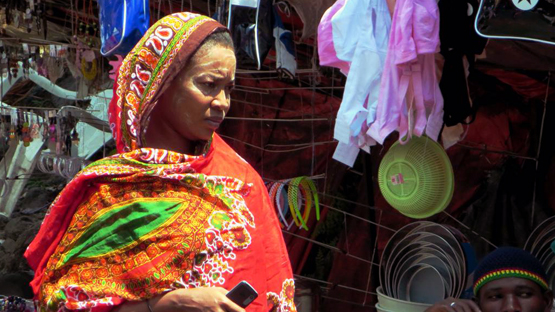 The Union of the Comoros, an archipelago off Africa’s east coast with high levels of poverty, sought to improve communications, trade, and economic opportunities by expanding mobile communications and internet services. With support from the World Bank Group, the government liberalized the telecommunications sector, held an international tender, and awarded a second telecoms license. Through competition, Comoros now has better quality and cheaper telecoms services, as well as broader coverage. In a country with scarce government resources, the World Bank’s $32 million has made a substantial contribution by leveraging over $90 million in telecoms licensing fees and infrastructure investment.

In 2013, Comoros was one of the few countries worldwide with a telecoms monopoly. The state-owned enterprise, Comores Télécoms, charged customers a high price but provided poor services. Consequently, only 40 percent of the country’s 800,000 people had mobile service, and less than 1 percent had broadband internet. To improve services and citizens’ access, the authorities sought, with IFC advice, to privatize Comores Télécoms; but in 2014, political disagreement halted passage of the necessary legislation. Instead, with World Bank support, the authorities held an international tender, and in 2015 awarded a second telecoms license to the highest bidder—Telma Comores.

Since 2013, the World Bank Group has supported Comoros’ efforts to improve its telecoms sector. This has included advising on legal and regulatory reforms, the privatization of Comores Télécoms, and an international tender for a second telecoms license; co-financing an undersea cable; stimulating demand by subsidizing internet connectivity; and lending Telma Comores €13 million so that the company can expand its network nationwide.

Improving the Regulatory and Institutional Framework

The Comoros project addressed telecoms from several angles. The World Bank and IFC advised the government on liberalizing the sector, including by supporting development of the 2014 Communications Act. Later, in collaboration with regional operators, the World Bank co-funded a submarine cable to connect Comoros to the island of Mayotte, with possible extension to Madagascar. To stimulate broadband internet demand, the World Bank is subsidizing services for schools, universities, community associations, and local government. Also, to help increase tourism sector growth, the World Bank is advising on a system to offer online visas. In addition, it is helping to digitize public administration.

To improve telecoms access, quality, and prices, and thus boost economic development, starting in 2012, IFC advised the government on how to privatize Comores Télécoms, the country’s largest employer. However, in the political context at that time, privatization proved to be difficult. Instead, in 2015, with World Bank support, the Comoros’ telecoms regulator (ANRTIC) held an international tender for a second telecoms license. This attracted African bidders Telecom Malagasy S.A. and Mauritius Telecom, and international firms, including France’s SFR.

In October 2015, Telma Comores, a subsidiary of Telecom Malagasy S.A., won the bid at a cost of $16 million for the license fee. The company launched its operations in 2016, and within a year had gained a quarter of the telecoms market. So that Telma Comores can extend its network nationwide, in January 2019, IFC loaned the company €13 million to support its expansion program.

The launch of Telma Comores has expanded telecoms  services in Comoros, giving people high quality 4G LTE (fourth-generation long-term evolution) mobile broadband technology at lower prices. In response to this competition, Comores Télécoms has launched an even faster 4.5G network. By 2018, mobile broadband subscriptions rose to 58 per 100 inhabitants, and coverage is on track to provide all citizens with broadband mobile phone and inter- net services by 2030.

"The World Bank Group has been instrumental in supporting our telecoms investment in Comoros at every step, with the Bank assisting Comoros in creating a favorable environment that has opened up the sector to competition, and IFC offering project finance options. The World Bank Group is more than an international institution; it is a real business partner for investors in African development."
Philippe Prodhomme
Director of Finance, Axian

Telma Comores’ success is expected to attract more foreign direct investment to other sectors, including tourism and  banking. In addition, along with improving national and  regional integration, trade, and livelihoods, better telecoms  access is expected to improve governance and accountability. Also, building on the current work to provide e-visas, government digitization could launch online business registration,  tax payments, and government procurement.

In the Comoros, the World Bank launched a $22 million regional telecommunications project in 2013, with $10 million more in 2018. This $32 million, including a $4 million grant for policy support, has helped the country liberalize the sector, build a submarine cable, and stimulate internet demand.

In January 2019, IFC approved a €13 million loan for the telecommunications operator, Telma Comores, now in its third year of operation, to support nationwide network expansion.