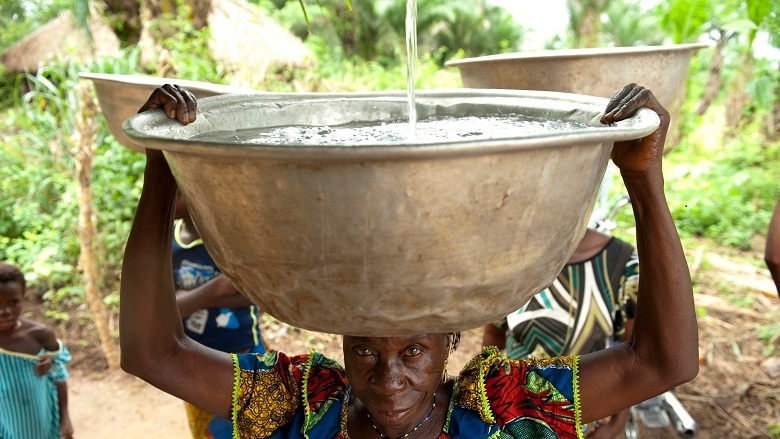 In 2006, as a result of reforms, private sector operators in Benin began to assume the management of rural piped water systems. The World Bank Group supported this effort by identifying system weaknesses, improving the efficiency of rural water sector management through PPPs, and strengthening the capacity of government and private water suppliers to provide good quality and sustainable supplies. As a result of these efforts, 48,500 people are expected to have improved access to drinking water, and local commercial banks are willing to finance commercial water operators.

By 2014, under lease or affermage contracts (where the private operator is responsible for operating and maintaining the utility but not for financing the investment), 269 privately-operated systems were supplying piped water to an estimated 1.6 million people in rural areas and small towns, which is 28 percent of Benin’s rural and semi-urban population. However, as weak capacity and poor contracting arrangements led to poor service, the government requested World Bank Group assistance to improve water contractors’ efficiency and performance.

In response to the government’s request, the World Bank mobilized a commitment of up to $1 million from the Dutch Cooperation Fund to support the capital expenditures of a rural water service pilot project. Under this pilot, IFC and the Global Water Security & Sanitation Partnership (GWSP) developed and implemented four eight-year concession contracts for 10 piped water systems in three municipalities. For each concession, private operators were selected to rehabilitate and manage the systems.

Since 2000, the government of Benin has been making key policy and institutional reforms, including ones in the rural water sector. The World Bank has supported these reforms through budget preparation and management, as well as implementing the country’s Poverty Reduction Strategy Paper. The government’s rural water supply program included increasing people’s access to a reliable, affordable, and sustainable water supply, and improving the governance and management practices of small, piped-water systems through PPPs. Water sector reforms in 2006 delegated management of rural water supply systems to small private operators.

In collaboration with GWSP, IFC recommended an appropriate institutional and regulatory framework to cover private water system operators, a range of activities to be transferred to the private sector, and IFC organized a transparent and competitive tender process. IFC also supported the government in selecting the three most suitable bidders in 2014.

For each of four clusters awarded to a private operator (comprising two to three rural waters systems each), IFC developed an eight-year concession agreement. This requires each operator to design, engineer, partially finance, and rehabilitate equipment; extend the water pipe network; install individual connections; and operate and maintain the system without increasing water tariffs. The concession arrangements provided a robust contractual framework and a better allocation of risk among the parties.

The World Bank Group pilot in Benin has demonstrated that rural water systems can be successfully operated as PPPs, and this model has the potential to be replicated in small towns across Africa. With approximately $280,000 expected to be provided by the private operators, and the balance provided by the Dutch Cooperation Fund, 10 piped water systems have been successfully rehabilitated, and 48,500 people are expected to have a reliable supply of good quality water for no additional cost.

Based on the success of the pilot, in 2017, the World Bank extended a $68 million loan to help the government replicate the approach with 60 more water supply systems across the country. The loan includes a $2 million allocation to capitalize a guarantee fund for the private water operators. The pilot has enabled local commercial banks to become familiar with the risk profile of rural water supply, and they are now more likely to financing private operators.

The Global Water Security & Sanitation Partnership (GWSP) conducted an assessment in 2010 to identify how to improve rural water systems in Benin, and WSP also designed an advisory program to carry out the improvements.