Ulaanbaatar, June 21, 2019 - The National Statistics Office (NSO) of Mongolia and the World Bank today presented their joint poverty rate estimations for 2018. The two organizations have collaborated on poverty assessments through the Household Income and Expenditure Survey and the Living Standard Measurement Survey since 2002.

This time the poverty rate was estimated jointly on the basis of the 2018 Household Socio-Economic Survey. According to these estimates, the national poverty rate in Mongolia stood at 28.4 percent in 2018 – a decrease of 1.2 percentage points from the 2016 estimate of 29.6 percent. 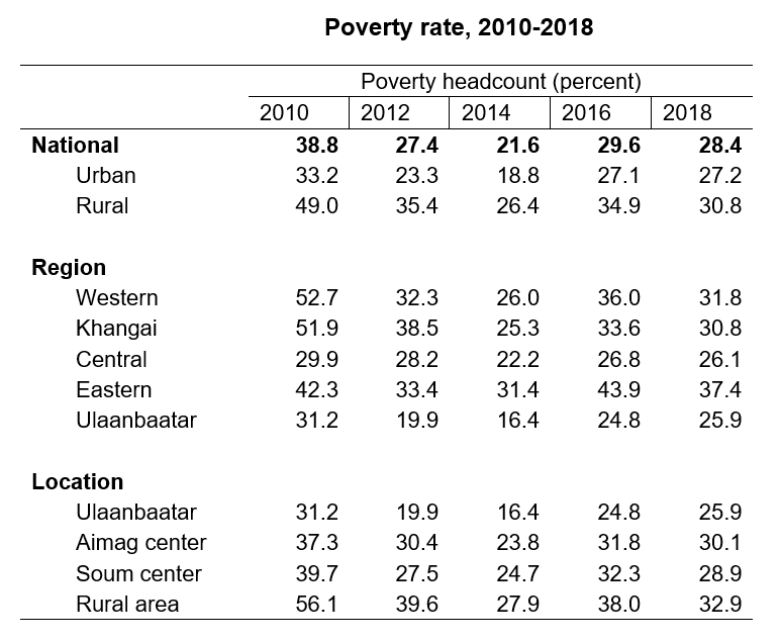 In 2018, the poverty gap—which measures the depth of poverty by estimating how far off households are from the poverty line—was estimated at 7.2 percent, a decrease by 0.5 percentage point from 2016. Poverty severity, which measures the degree of inequality among the poor by putting more weight on the position of the poorest, has decreased to 2.7 percent from 2.9 percent in 2016. 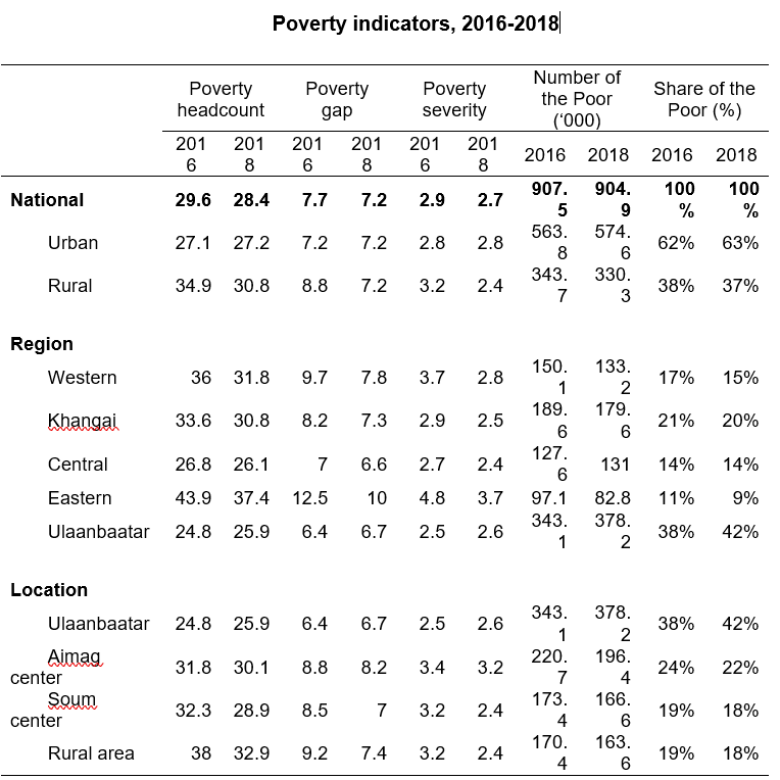 At the aimag level, Govisumber in Central region has the highest poverty rate, where more than a half of the people are poor (51.9 percent), followed by Govi-Altai (45.1 percent), Dornod (42.5 percent) and Khovd (40.9 percent). On the other hand, Umnugovi has the lowest poverty incidence of 11.8 percent in Mongolia. In terms of number of the poor, Ulaanbaatar has by far the largest poor population (378.2 thousand) – nearly 10 times more than in Uvurkhangai, the aimag with the second highest number of the poor (40.9 thousand). Despite its highest incidence of poverty, Govisumber has one of the lowest number of the poor (8.2 thousand) due to its small population size. 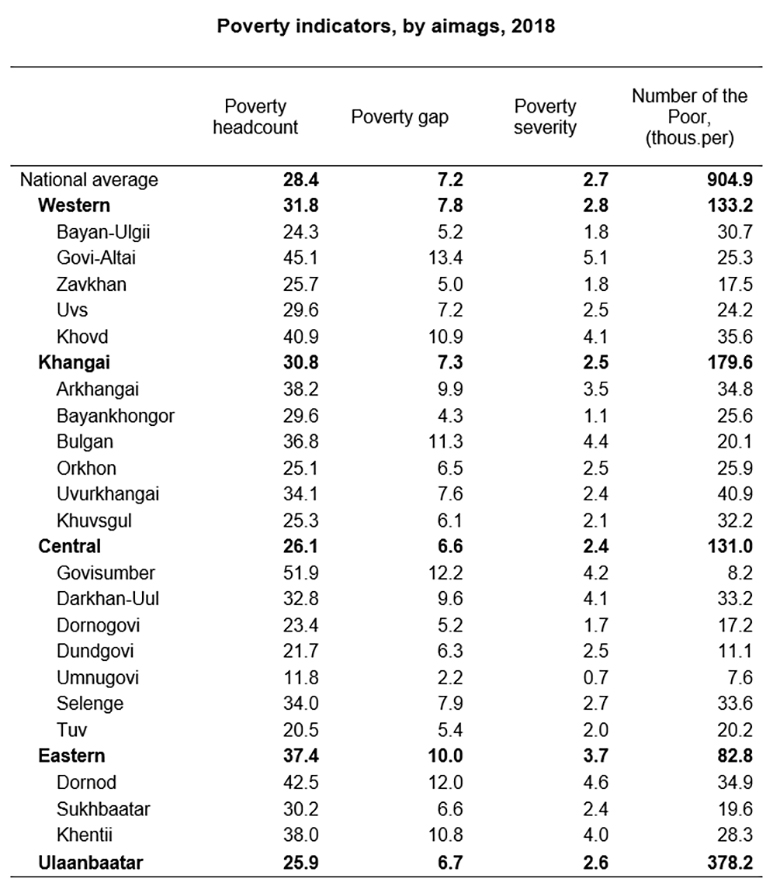 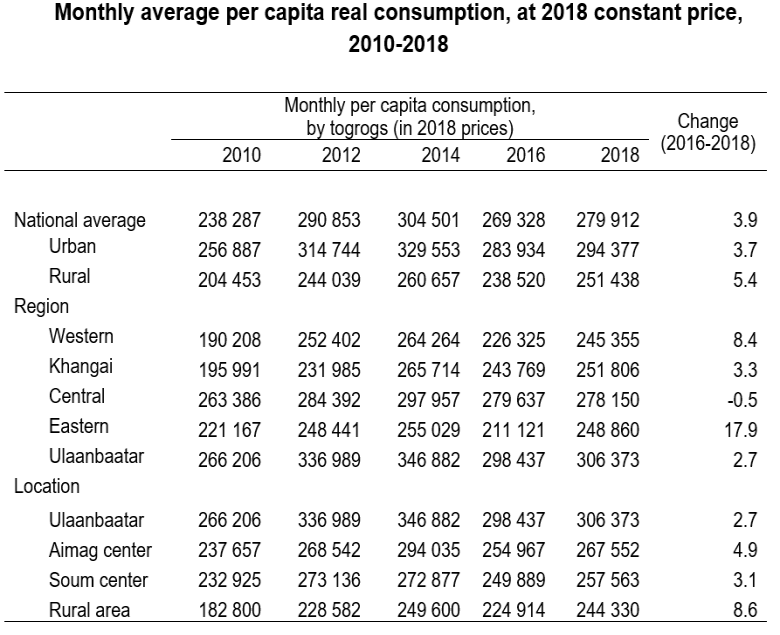 The forthcoming poverty report with an in-depth socio-economic analysis of the 2018 living conditions in Mongolia will be released this fall.

The poverty headcount index is the share of the population whose consumption is below the poverty line.

The severity of poverty maesures the inequality (severity) among the poor. It is obitained by squearing the poverty gap, which means higher weights are placed on those who are further away from the poverty line.