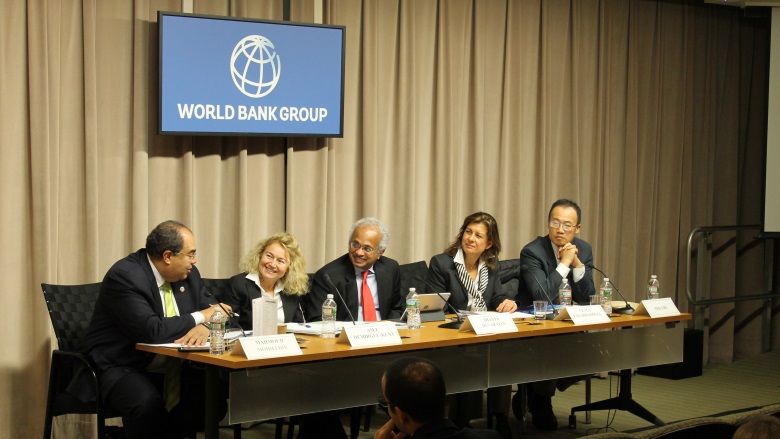 Ten years ago, the worst financial crisis in decades roiled developing economies across the globe, temporarily halting their progress in the fight against extreme poverty. As the world economy slowly recovered, a backlash against globalization led many developing countries to clamp down on the activities of international banks.

However, according to the new World Bank report Global Financial Development Report 2017/2018: Bankers without Borders, policy makers should carefully consider their stance toward international banks, as these institutions can inject the capital, expertise, and technologies needed to stimulate a vibrant private sector.

“Openness to international banking is no guarantee of financial development or stability,” said World Bank Research Director Asli Demirguc-Kunt at a recent event to share the findings of the report. “But a wealth of research shows how the right policies and institutions can ensure that openness leads to greater competitiveness, smoothing of local economic shocks, and increased access to the scarce capital needed to spur growth.”

"A wealth of research shows how the right policies and institutions can ensure that openness leads to greater competitiveness, smoothing of local economic shocks, and increased access to the scarce capital needed to spur growth."
Asli Demirguc-Kunt
Director of Research

In the run-up to the global financial crisis, international banks expanded rapidly, quadrupling in size in the decade prior to the crisis. But the hurried pace of globalization proved too quick for governments to maintain stability.

“A new consensus has been emerging that in areas like international trade and finance, globalization proceeded too quickly and easily,” said Ted Chu, Chief Economist of IFC. “Instead, governments need to take a measured pace, and consider the unintended consequences of the shock. Certain labor market conditions and education systems must be in place to generate shared benefits from greater openness to global markets."

Countries intent on opening their doors to international banks will have to grapple with three trends shaping the future of international banking: the rise of fintech, a growth in alternative sources of funding like stocks and bonds, and a rise in South-South banking.

Fintech—tech-savvy methods of providing financial services outside the traditional financial sector—has grown rapidly over the last decade, and not only in advanced economies. In China, mobile payment platforms processed $4 trillion in 2015.

“Fintech companies working in areas like mobile money have opened up entirely new avenues to bring previously excluded segments of the population into the financial system,” said Mahmoud Mohieldin. “For fintech to be successful in the long run, countries need a legal framework that builds trust and confidence, and ensures that contractual arrangements are honored.”

The report also highlights a rise in alternative finance since the global financial crisis. Faced with a contraction in bank financing, firms with access to capital markets turned to stocks and bonds to finance their operations. Governments that develop their financial sectors holistically will be able to better shield their economies from future economic shocks.

Nevertheless, banks will continue to remain important in developing countries. Smaller firms are rarely able to tap into capital markets, so a competitive banking system remains critical to supporting growth and employment.

A third trend—a rise in South-South banking—may also bring new life to the private sector. Banking activities between developing countries grew more than 2.5 times between 1995 and 2013. Brazil, China, India, and South Africa are all becoming bigger players in their respective regions of the world. The trend may be particularly beneficial for small and medium-sized firms, which are often overlooked by globally active banks.

Achieving the level of economic growth needed to end extreme poverty may hinge on whether developing countries can tackle these challenges successfully.