The Philippines’ conditional cash transfer program provides cash grants to poor families to ensure that children stay healthy and in school, thus reducing dropout rates and discouraging child labor. It has benefited more than 4 million families, including 8.7 million children. Watch above to learn how the program helps children of vulnerable families pursue their dreams of a better life.

The projects have helped to accelerate the pace of the government’s social protection reform agenda by expanding the conditional cash transfer (CCT) program and updating a unified targeting system. A total of 20 million Filipinos representing 4.4 million households with children under 18 years old have been enrolled in the CCT program that provides incentives for parents to invest in the health and education of their children. The program is currently the fourth-largest CCT program in the world. Beneficiaries have been objectively selected through the targeting system called Listahanan, a social registry for the poor which covers 75 percent of the population.

The Philippines has been one of the fastest-growing economies in the East Asia and Pacific Region. However, poverty has been slow to decline and remains high at 21.6 percent. Poverty in the Philippines is concentrated in rural areas and vulnerability to poverty, due to factors like disaster risks, are a major concern. Perennial typhoons and flooding have devastating economic and social impacts. Violent conflict in some parts of the country including in Mindanao has also disrupted the delivery of basic services and resulted in low human capital investment. Before the project was implemented in 2009, low health and education outcomes among poor children were largely a result of low spending on human development and social services, particularly health and social assistance programs; a fragmented approach to protect the poor and vulnerable; and the absence of an effective and objective system to identify poor and vulnerable households.

To support the government’s social welfare reform initiatives, the World Bank tapped its institutional knowledge and expertise in designing and implementing large-scale CCTs and targeting systems around the world. The consecutive CCT projects in the Philippines have used a programmatic approach that also leverages technical assistance in building up the targeting system and the CCT into what it is today – a strong social protection system that has become the centerpiece of the government’s social protection strategy. The projects have supported the development of an objective, rigorous national household targeting system called Listahanan to better direct the social programs implemented by the Department of Social Welfare and Development (DSWD) and other government agencies. Listahanan is used to identify poor households for the CCT program and for other government programs. By taking a system approach, other national agencies, local governments, legislators and civil society can draw from the Listahanan to provide assistance where is it needed most in a transparent and fair manner.

The projects have also supported the roll out and scale up of the country’s CCT program, the Pantawid Pamilya Pilipino Program, or the 4Ps, which provides cash grants to poor households as incentives for parents to keep their children healthy and in school. There are two requirements: children aged 14 and under and pregnant women should have regular health checks; and school-aged children between 6 and 18 years old should attend school classes at least 85 percent of the time. Overall the 4Ps is a long-term investment that contributes to breaking the cycle of inter-generational poverty by helping today’s children become productive members of society. 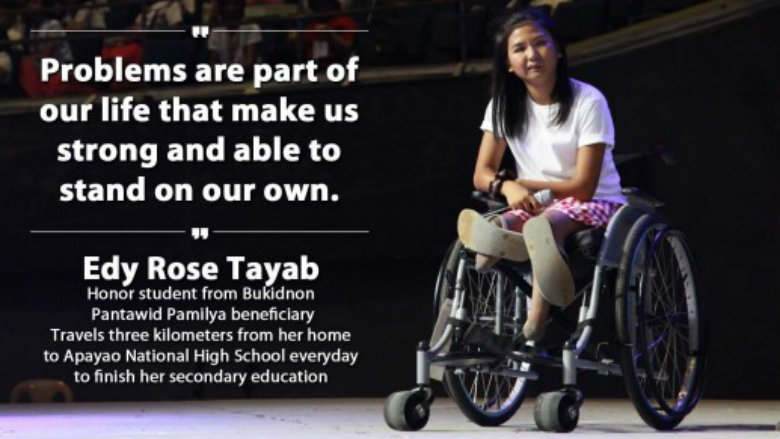 Implemented in 145 cities and 1,482 municipalities in 80 provinces in the Philippines, the projects have continued supporting the government’s 4Ps conditional cash transfer program. Since the 4Ps’ piloting in 2007, the projects have achieved important results:

20 million Filipinos representing 4.4 million households with children under 18 years old have been enrolled in the CCT program that provides incentives for parents to invest in the health and education of their children.

The World Bank first provided US$505 million in financing with the SWDRP Project to help strengthen the DSWD’s performance as a social protection agency, to setup the database for the national household targeting system, and to implement the CCT. The project also helped strengthen the DSWD’s capacity to undertake policy analysis and strategic planning related to social protection. Under SWDRP II, the World Bank provided US$450 million to continue support for the CCT program from 2016-2019. Another US$300 million is being provided to continue to develop and strengthen the program through 2021.

DSWD is a government agency responsible for the implementation of the CCT program as well as for operating the national household targeting system, Listahanan. In addition to World Bank financing, the Asian Development Bank has supported the CCT program with parallel funding. The Australian Government, through the Department of Foreign Affairs and Trade (DFAT), has also supported efforts to develop the capacity of DSWD to implement the CCT program and the targeting system through a World Bank-managed trust fund.

Given the project’s success, the Bank is providing additional financing of US$300 million to the SWDRP II for the period 2019-2021. This new funding will continue to the support the delivery of CCT to poor households with children. Beneficiary households will continue to be selected using the Listahan, which is expected to be updated in 2019. It will support the strengthening of the project’s implementation, monitoring and evaluation procedures, including the upgrade of the
CCT program management information system, payment systems, and grievance redress system, among others.

The Philippine Senate approved a Conditional Cash Transfer Bill in February 2019, which will institutionalize the 4 Ps CCT program in the country and guarantee its continuity and sustainability as essential social protection tool. 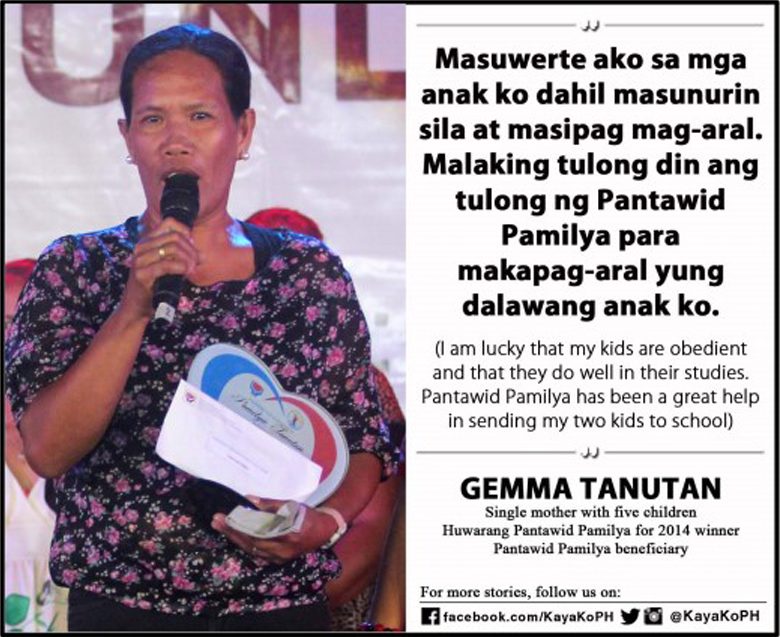 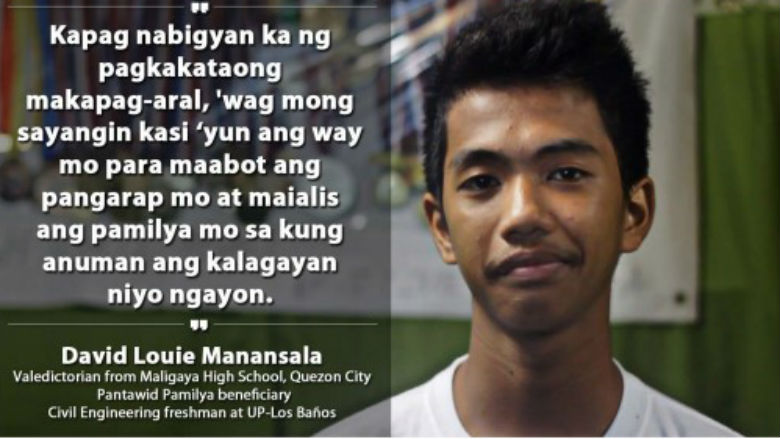 Facts and Figures about the Conditional Cash Transfer Program