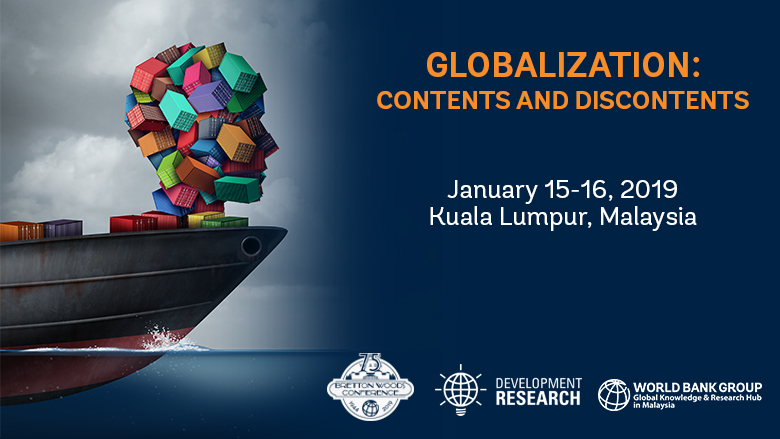 The World Bank Development Research Group based in Kuala Lumpur organized its third international conference, with the theme Globalization: Contents and Discontents. The conference brought together policymakers and academics to discuss the consequences of various aspects of globalization including trade, migration, financial flows, cultural exchanges and the diffusion of ideas.

Watch the special feature videos from our keynote speakers: