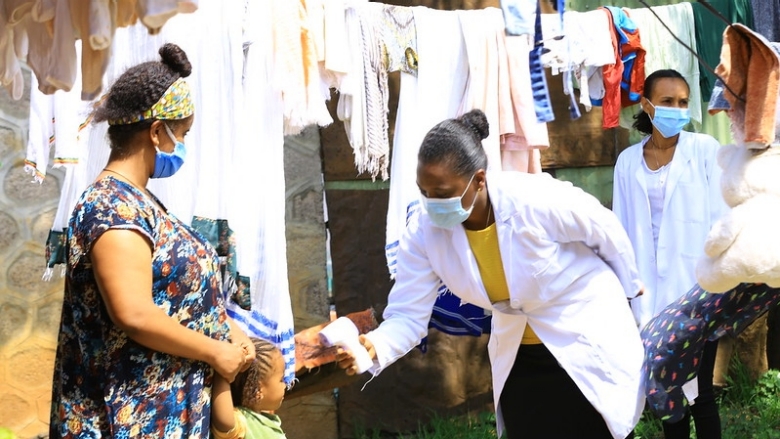 The number of people living under the international poverty lines for lower and upper middle-income countries – $3.20/day and $5.50/day in 2011 PPP, respectively – is also projected to increase significantly, signaling that social and economic impacts will be widely felt. Specifically, under the baseline scenario, COVID-19 could generate 176 million additional poor at $3.20 and 177 million additional poor at $5.50. This is equivalent to an increase in the poverty rate of 2.3 percentage points compared to a no-COVID-19 scenario.

A large share of the new extreme poor will be concentrated in countries that are already struggling with high poverty rates and numbers of poor. Almost half of the projected new poor will be in South Asia, and more than a third in Sub-Saharan Africa. Under the baseline scenario, the number of extreme poor in IDA, Blend and FCV countries is projected to increase by 21, 10 and 18 million, respectively.

The increase in the extreme poverty rate and number of extreme poor are projected to be significantly higher under both the baseline and downside scenario if inequality were to increase as a consequence of the crisis. For instance, a 1% increase in the Gini coefficient (on the upper side of the experience of previous pandemics2) would translate into an additional 19 million in extreme poverty, bringing the global total to 90 million in the baseline scenario. In the downside scenario, there would be an additional 16 million extreme poor, bringing the global total to 116 million. Further increases in inequality would only worsen this picture. 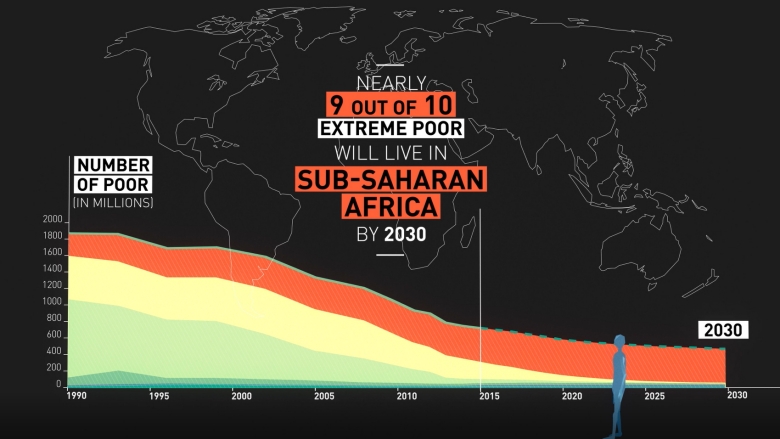 New ways of looking at poverty 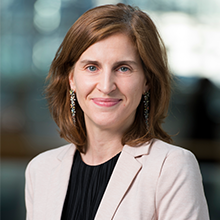