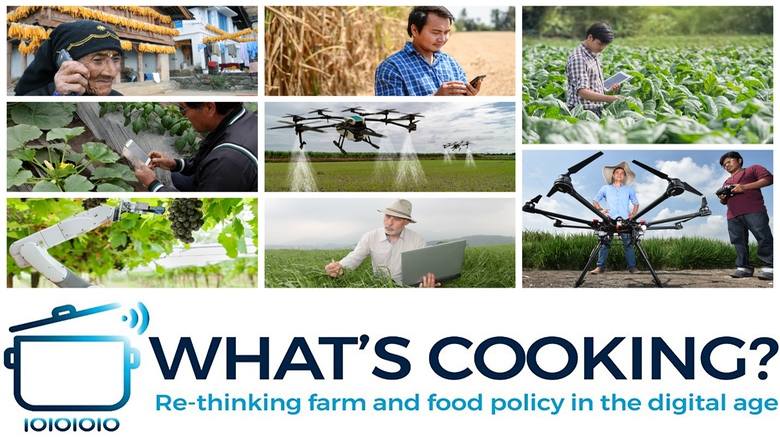 Every year governments spend half a trillion dollars supporting agriculture and the food system. This investment is not producing the desired growth, equity, and sustainability outcomes. How can this public spending be redirected to deliver better incomes, poverty reduction, nutrition, and environmental results?

Breakthrough digital technologies have the potential to deliver significant positive impacts for producers, consumers and the environment, across food value chains. However, they are not a panacea. Unleashing the promise of digital to improve food system outcomes will require careful policy-making and complementary investments.

The What’s Cooking blog platform aims to crowd-in some of the world’s best minds to kickstart a global conversation on food and farm policy in the digital age.

We hope you will read these blogs, share them and contribute your own voice to the conversation.

Much ado about land rights: How digital technology can disrupt agricultural credit 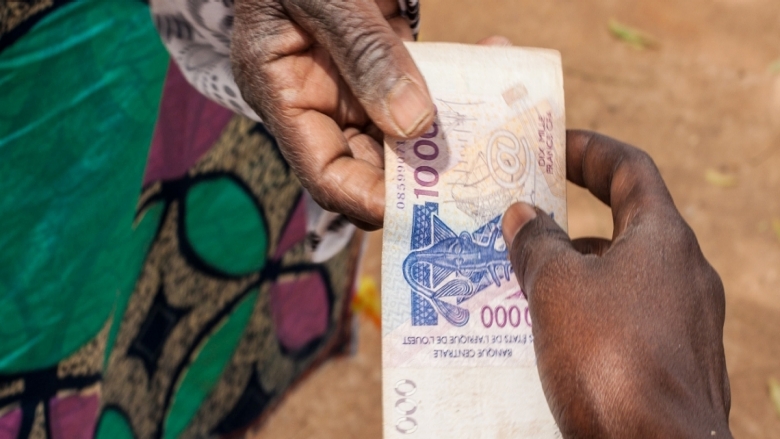 The Digital Agricultural Revolution and the FinTech Revolution are disrupting this traditional, collateral-based system. Digital technology can reduce the transaction costs of applying for loans as well as the verification and tracking costs associated with gathering information about borrowers. [Read More] 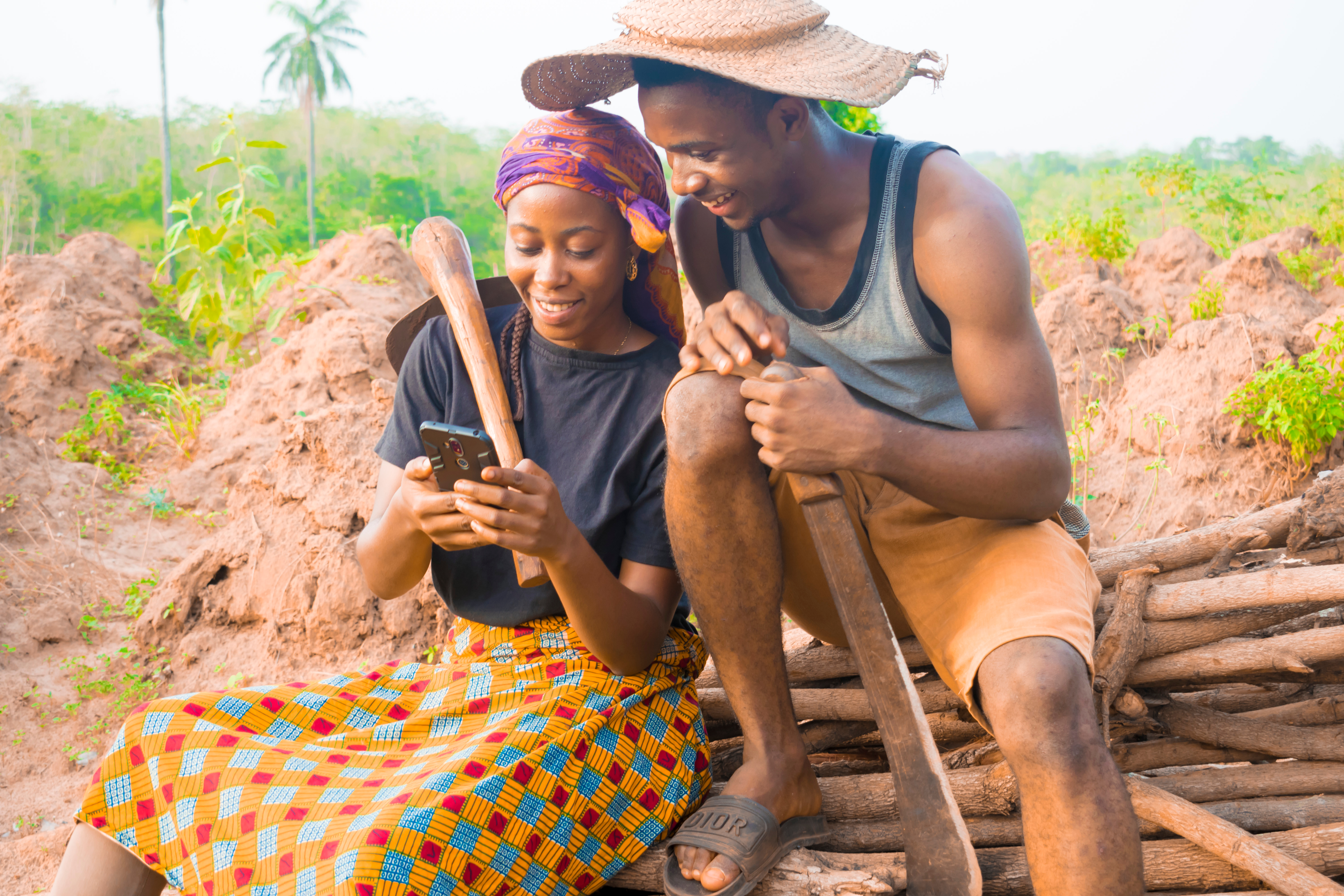 Our food system is built on a complex system of upstream, midstream, and downstream markets where agricultural input providers, food producers, processors, sellers, and consumers interact. These markets are increasingly becoming the target of disruption by digital platforms. What does this mean for regulation? [Read more]

The sky is not the limit: Satellites in support of smallholder farming 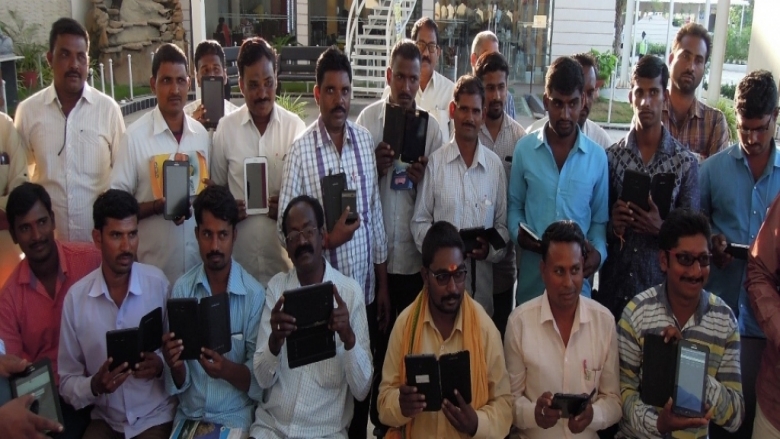 Can satellite-based earth observation technology also benefit smallholder farmers, who typically farm on land that is smaller than 2 hectares? How does it fit in with the daily reality of a smallholder farmer, who often has little information at hand, and limited access to tractors and inputs such as water, fertilizer, seeds, and pesticides? [Read Part One and Part Two] 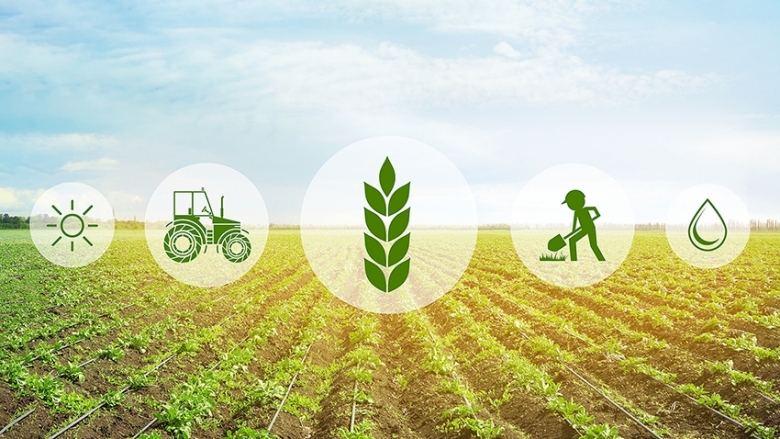 Data is power—whoever controls data has the power and means to create services and products, allowing them to benefit from business insights and providing them distinct market advantages.But many farmers, particularly smallholder farmers, do not benefit from this sharing and exchange of agricultural data, leaving them feeling disempowered. Farmers are often reluctant to share their data because they feel it might be unsafe due to privacy and security issues, or because they are unaware of the value it could offer them. [Read More]

Technology has long been recognized as a key driver of the increased on-farm productivity associated with agricultural transformation, and digital technologies are no exception. The potential gains in productivity associated with new, low-cost, data-intensive digital technology applications are enormous as they disrupt the level and allocation of physical capital, labour, and natural capital. [Read More]

The future of digital in Uruguay’s agri-food system 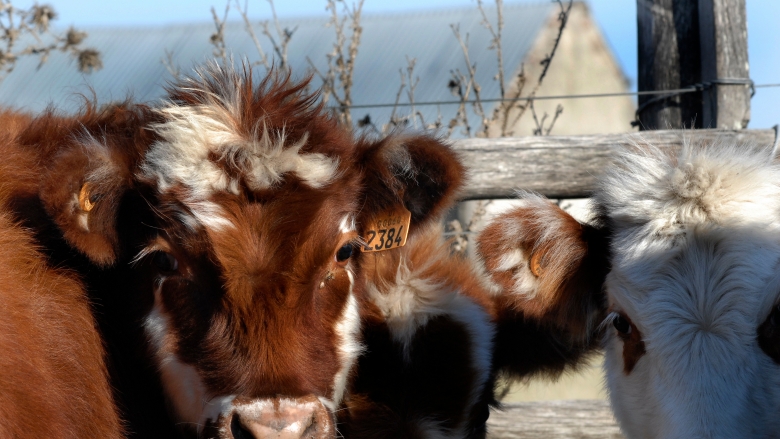 The concept of Sustainable Development is not new to the development world. Everyone is familiar with the framework of 17 SDGs and their targets. To put the idea of sustainable and inclusive economic growth into practice, however, is a different story.

Last month, I was excited to witness firsthand the myriad of efforts that go into a country turning a sustainable development agenda into reality. [Read More] 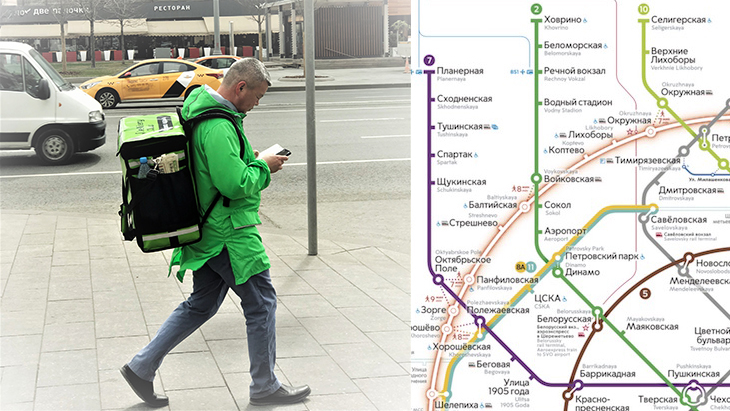 From meal orders to grocery delivery, the online market for food is growing globally. Nielsen reported that global online grocery purchases increased 15% between 2016 and 2018. China generates the most revenue in food delivery with a total  of US$38 billion in 2019. Online food sales are also on the rise in the United States. Twenty-three percent of American households bought food online in 2016, a 20% increase from 2014. Russia is no exception to online food retail trends. Between 2015 and 2017, grocery delivery services saw a US$2billion increase (133%). [Read More]

Dead Branding Society: Is blockchain the death of food branding as we know it? 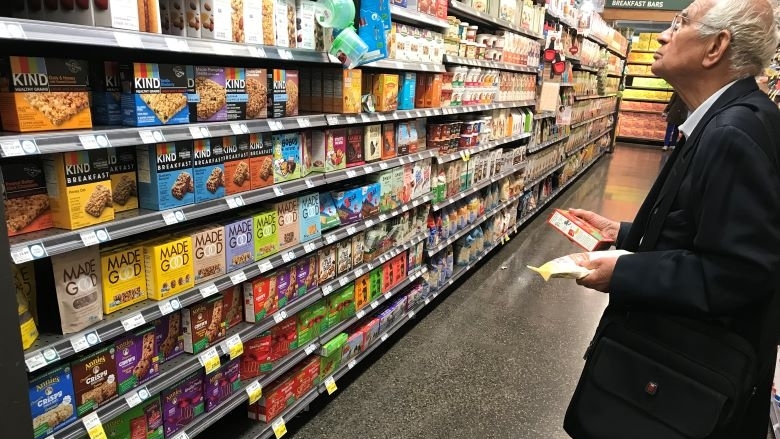 One way or another blockchain, that distributed ledger technology we keep hearing and reading about, means greater traceability.  And when it comes to agriculture, traceability allows us to learn about the origin and the characteristics of our food. Traceability is therefore not only seizing the day, but the future as well.

Experience shows that as we get richer we spend more on food because we care more about what goes into our bodies and associate food labels and their premium prices with higher quality.  Data from the United States shows that the amount spent on food increased by 30 percent from 1959 to 2014 (Figure 1). Yet, grasping product origin and quality is inherently difficult. By the time the food gets to our local supermarket shelf, it has worked its way through what is arguably the largest and most complicated set of markets and middlemen that sit between the world’s producers and consumers, making traceability incredibly difficult. [Read More]

How crowdsourcing can improve food safety 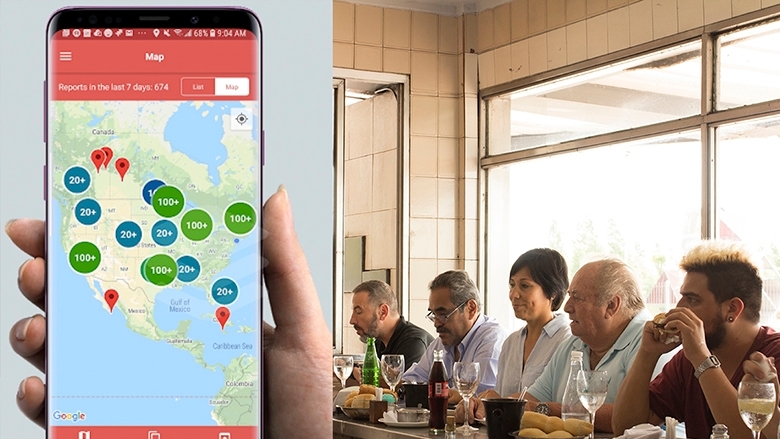 This is where we believe new technology solutions can make a significant contribution. In the large towns and cities of the pantropics the mobile phone now reigns supreme: it is possible to input citizen data accurately in order to detect food poisoning and identify issues in real time.  This is what motivated us to found Iwaspoisoned.com and B2B service Dinesafe.org. We think the journey we embarked on - and the hurdles we faced - could provide interesting lessons to entrepreneurs and policy-makers who are eager to harness the power of data to fix age-old problems.

Iwaspoisoned.com detects outbreaks using a rigorous vetting process overseen by a staff of experts.  It was our platform which flagged up Chipotle Mexican Grill sickening their customers in the United States several times in recent years. The company lost over 10 billion dollars in market cap as a result of their food safety missteps and the founder was forced to step down as CEO. [Read More] 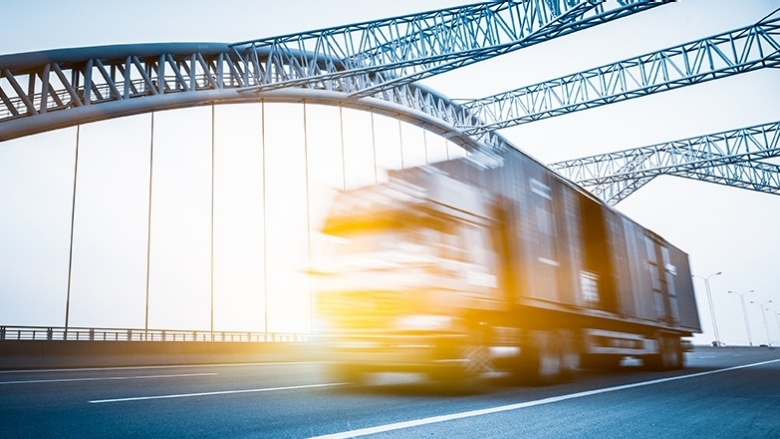 Whether matching drivers with riders or landlords with lodgers, digital platforms like Uber and AirBnB push the marginal cost of matching supply and demand to an unprecedented low. Large infrastructure projects like China’s One Belt, One Road Initiative - which aims at more closely linking the two ends of Eurasia, as well as Africa and Oceania - could create an opportunity to alter the future of Central Asia’s agriculture, if food supply and demand can be matched more efficiently.

The key to this future? The backhaul.

In transportation, backhaul is defined as cargo that is hauled back from its destination to its origin. Since it costs almost as much to move an empty vehicle as a fully loaded one, filling a vehicle on the return trip makes a lot of economic sense. Consider the wasted space of approximately 8 million 20-foot equivalent containers that made the return trip to Asia - mostly to China – between 1995 and 2015 (see graph below). They were largely filled with air. The way things are going, a lot more air will be moved back to China in the next decade. [Read More]

The Goods, the Bad, and the Ugly: Data and the food system 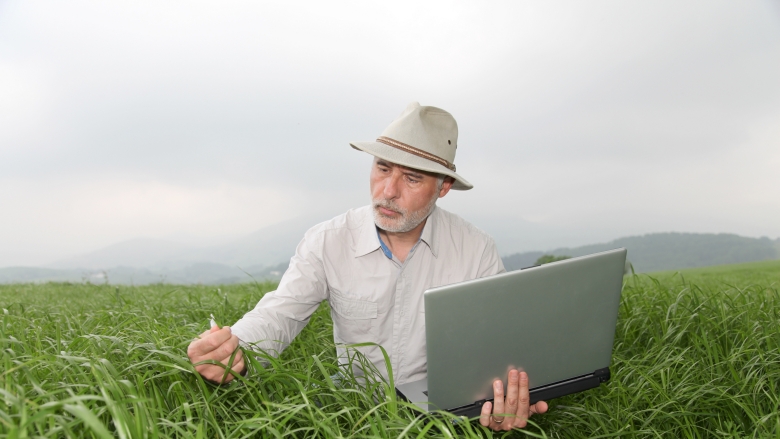 The business of agriculture and food is driven by data, making it the treasure trove of today’s agri-food system. Whether it’s today’s soil moisture, tomorrow’s weather forecast, or the price of rice in Riyadh, every bit of data can improve the efficiency with which the world’s 570 million farmers put food into the mouths of its soon-to-be eight billion consumers. Digital technologies are facilitating the flow of data through the food system, shrinking information asymmetries and fashioning new markets along the way. How can we ensure these new markets are appropriately contested, and the treasure does not end up in the hands of a couple of gunslingers? Is there a public sector’s role in generating and disseminating data that on the one hand encourages innovation and competition and on the other reduces opportunities for market capture? One place to look may be at the crossroads of internet and public goods. [Read More] 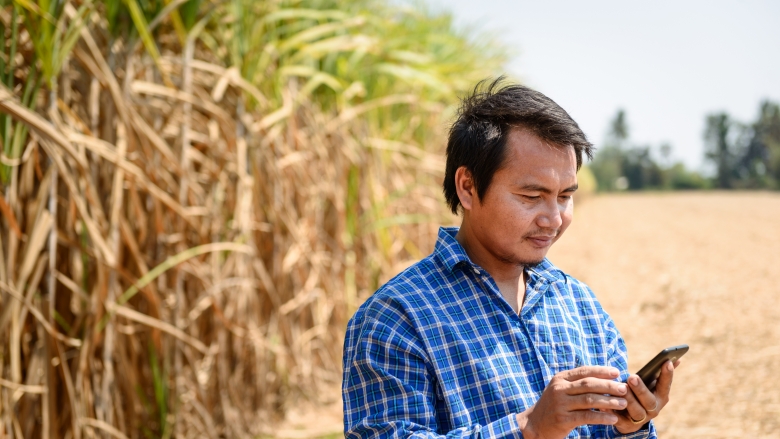 Apps have revolutionized everything from getting to work, keeping in touch with faraway friends, and dating (though the jury’s still out on this one). Can apps be the salvation of the world’s farms that are under two hectares in size – a group that most people think is going the same way as humans in Planet of the Apes?

Economies of scale in agriculture (or any other sector) occur when the average cost per unit of production decreases as farm size increases and conventional wisdom suggests that farms need to get bigger to be competitive. And this is exactly what is happening in richer countries, though the trend is less clear in poorer countries. [Read More]

The Fourth Industrial Revolution is changing how we grow, buy and choose what we eat 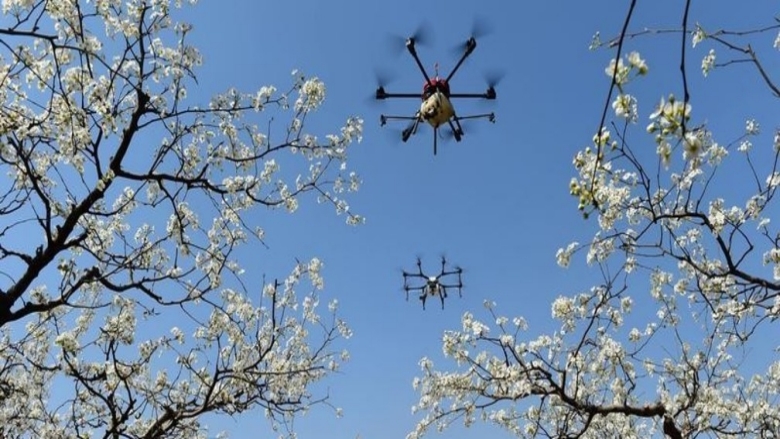 Technology has revolutionized agriculture at regular intervals, from the invention of the ox-drawn plough in ancient Egypt, to the first gas-powered tractor at the beginning of the 20th century. In the 1960s, the Green Revolution rolled out high-yielding cereal seeds, chemical fertilizers and pesticides. [Read More]

Farm and food policy innovations for the digital age 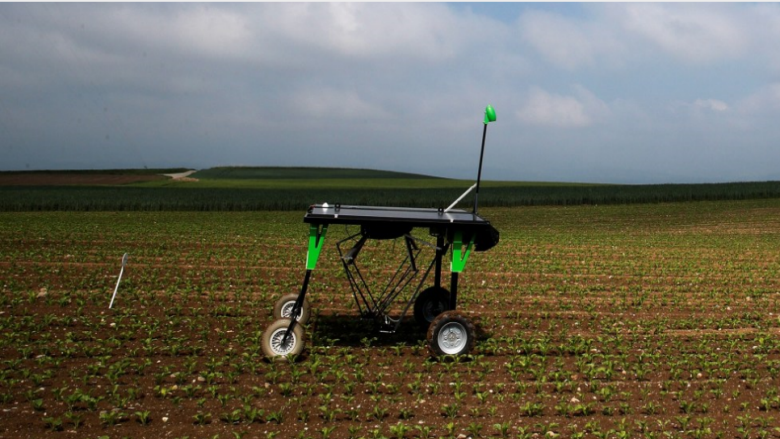 Imagine you are the prime minister of a country that wants to improve the lot of its food producers, consumers, and the environment: Where should you invest time and resources? What policy levers should you pull?

Not a week goes by without news of digital disruption in traditional industries and sectors. We’ve already seen long-standing business models from taxis to hotels upended, and we’ve got to wonder where this will take the world’s oldest industry—agriculture. [Read More]

My eldest daughter, who lives with her family in Hamburg, uses her smartphone once a week to get a food box from a nearby farm. Many people are doing this all over the world. Farm-to-customer food delivery services are booming. It saves time, avoids massive costs of packaging and trading, leaves more profit with primary producers, and cuts plastic and food waste. This simplifies complex food supply chains with input suppliers, farmers, aggregators, processors, wholesale, retail traders, and final food customers. [Read More]

Can the digital revolution transform agriculture? 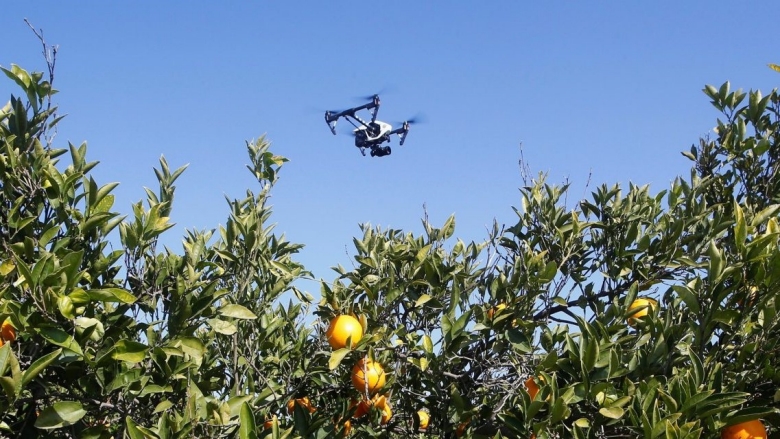 The world talks a lot about the digital revolution, but few connect it to the coming agriculture revolution, especially in Africa. Digital solutions have huge potential for helping farmers boost productivity and connect to financial tools and markets around the world. [Read More]