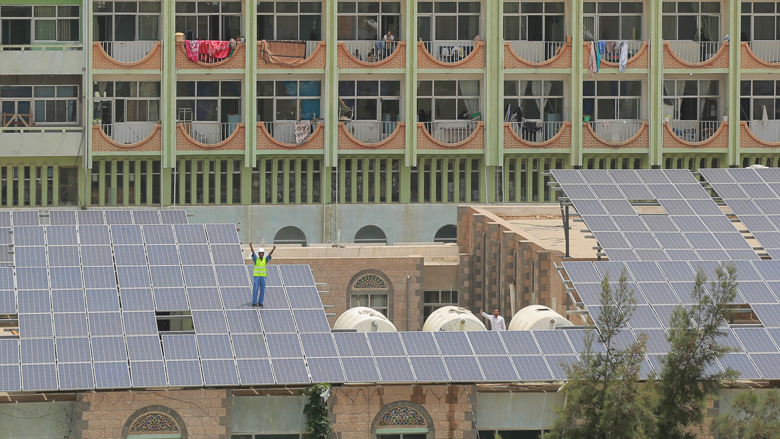 The current crisis in Yemen has placed enormous pressure on the country’s population. Four out of five people in the country need humanitarian assistance. Over 1 million people have been infected by cholera. More than 350,000 children suffer from severe acute malnutrition. Over 2 million people have been internally displaced due to the fighting. Simply put, life has become very difficult for millions of Yemenis.

To help address this crisis, the World Bank through the International Development Association (IDA), and in partnership with the United Nations Office for Project Services (UNOPS), launched a project to help Yemenis by restoring critical urban services. The project targets a number of Yemen’s cities hardest hit by the conflict, where the level of public services have significantly deteriorated. The US$150 million Yemen Integrated Urban Services Emergency Project (YIUSEP) aims to restore access to key services in such as water and sanitation, transport, energy, municipal services, and solid waste management.

Yemen is a fragile and conflict-affected country and the work is part of the Bank’s effort to support FCV countries during conflict and despite operating in a very challenging environment, the project is starting to show promising results. In the past week, thanks to support from the project, a solar based electricity solution was completed at Al-Jamhori hospital and the adjacent Oncology Treatment Center located in the capital of Sana’a. Due to the conflict, the hospital was suffering from electricity blackouts that had made it difficult to treat patients properly. To cope with intermittent supply of grid electricity, the hospital relied on diesel based power generation which was not only expensive but also vulnerable to shortages of fuel in the country.

“Around 4,000 Yemenis benefit from Al-Jamhori hospital services every day. The lack of reliable electricity is a major challenge that impacts our operations,” said Dr. Nasr al-Qudsi, Director of Al-Jamhori hospital in Sana’a, “the Bank-supported solar solution to provide a steady supply of electricity will expand the capacity of the hospital and ensure we can provide the services so many Yemenis rely on.”

In response, the World Bank and UNOPS worked together to install solar panels on the roof of the hospital and changed six thousand indoor light bulbs to more energy efficient LED lamps. In addition, five solar powered water heaters were installed to reduce the reliance on diesel-fueled generators. The team also sought to improve the security situation around the hospital by installing better street and outdoor lighting. This intervention would help reduce hospital’s reliance on diesel based electricity generators.

“The project is bringing multiple sectors together to provide an integrated solution. In addition to electricity, the project is also supporting restoring water services in the area and rehabilitating any damaged access roads,” Tahir Akbar, World Bank Senior Disaster Risk Management Specialist and Task Team Leader of the project.

To implement the project, the World Bank and UNOPS ensured close coordination with other development partners. In particular, WHO and UNICEF are helping to identify critical health facilities needing renewable energy solutions. The project is complementing WBG financed Emergency Health and Nutrition Project that is supporting Yemen’s health sector.

The biggest reward for the joint effort is that it allows the hospital to function day and night, and help doctors and nurses to effectively do their jobs– saving lives.