Gender at the World Bank Group: 3 Events to Replay from the Spring Meetings 2018 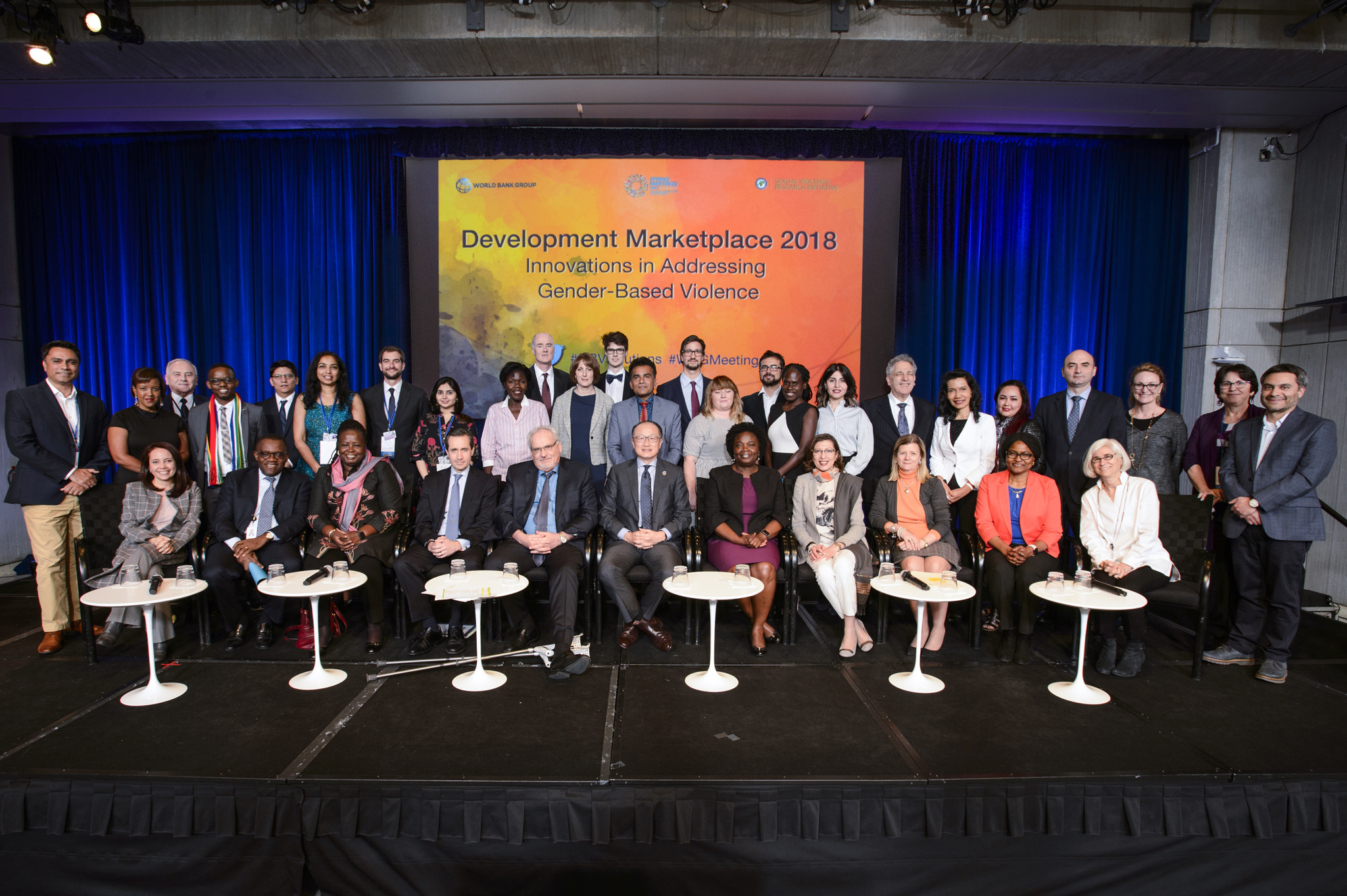 On April 17th, 2018, the World Bank Group and the Sexual Violence Research Initiative (SVRI) awarded 11 teams from around the world with funds to support evidence-based research to help address the global pandemic of gender-based violence (GBV). Award winners shared their innovative projects, including evaluating a “walking school bus” — a group of children walking to school with one or more adults — as a school-related GBV intervention, a team looking at how monks and devotees can intervene to reduce GBV in communities in Cambodia, and a team working with young boys and girls in Papua New Guinea to train future leaders devoted to ending inequality and preventing GBV.

The Awards, launched in 2016, honor GBV victims and survivors, and are held in memory of Hannah Graham, daughter of a longtime World Bank Group employee. An expert panel reviewed more than 250 proposals submitted to the World Bank Group and SVRI following an open call for innovations to prevent GBV in low- and middle-income countries. The winning teams will receive up to US$100,000 each.

For a recap on the social media conversation around this event, follow #GBVsolutions 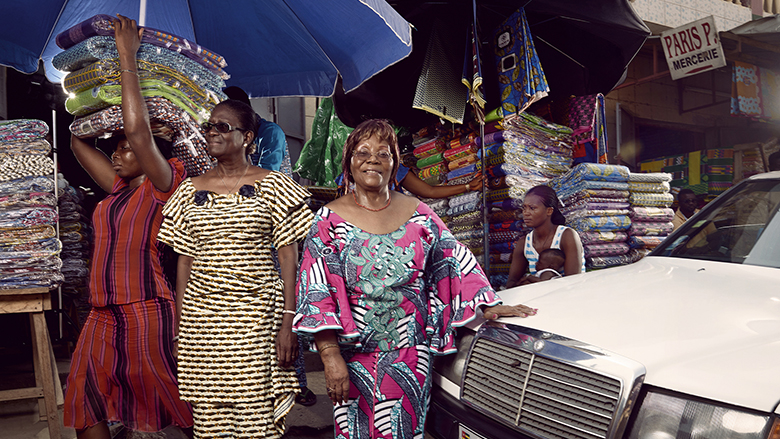 Empowering Women for Peace: How to Enable Women's Entrepreneurship and Economic Inclusion in Conflict-Affected and Forced Displacement Settings

Hosted on April 19th, the event brought together government leaders from around the world, as well as women entrepreneurs living and working in fragile settings who have overcome immense obstacles to launch and maintain their businesses. The panel discussion featured the Mayor of Baghdad Thikra Alwash; Deputy Minister of International Development Diane Jacovella; Egyptian Minister of Investment and Cooperation Sahar Nasr; Patricia Veringa-Gieskes, CEO of The Job Factory DRC; SheFighter Self-Defense Training founder and entrepreneur Lina Khalifeh of Jordan; and Sigrid Kaag, The Netherlands’ Minister for Foreign Trade and Development Cooperation.

Egypt’s Nasr relayed how her government is working to empower women. 2018 is “The Year of the Woman” in Egypt and, for the first time the country has six women ministers in government. Nasr noted that this has enabled the country to better include women’s issues in lawmaking processes. A new investment law in Egypt, she said, provides for equal access by gender, to land, finance, and investment opportunities. Nasar thanked the World Bank for its projects and programs that are providing greater access to finance and training opportunities for women.

Lina Khalifeh engaged the audience with the story of her business. After a friend in college came to class bruised following a beating by male members of her family, she was inspired.  Angry that her friend felt helpless, Khalifeh started a self-defense class for women in her parents’ basement. Since 2010, SheFighters has trained some 15,000 women worldwide, including 3,000 Syrian women in refugee camps.

Thikra Alwash, Mayor of Baghdad, said that in Iraq, the conflict with Daesh has affected the economy, which in turn has affected financing and economic opportunities for women. According to Alwash, including women’s voices is vital to the peace and reconciliation process. Without women’s voices, she said, societies can’t solve the root problems they face. Alwash expressed pride that, despite the conflict, there are many women-led projects all over Iraq in a myriad of sectors. She lauded the need for men as champions for women’s rights.

Canadian minister Jacovella encouraged women, in all their roles, to speak up. We need to ask for the involvement of women, and make sure that everything we do is contributing to gender equality, and a strong civil society, which means supporting local women's organizations, she said.

Kaag, from The Netherlands, said that we (governments, international organizations, etc.) must show women in refugee situations that we have high ambitions for them. These women, according to Kaag, do triple jobs as mothers, caretakers, and providers of income.

Veringa-Gieskes, who lives in Kinshasa, DRC, noted the importance of women entrepreneurs as change makers and welcomed the opportunity for more women to hold positions that allow them a seat at the decision-making level.

For a recap on the social media conversation around this event, follow #EmpowerWomen 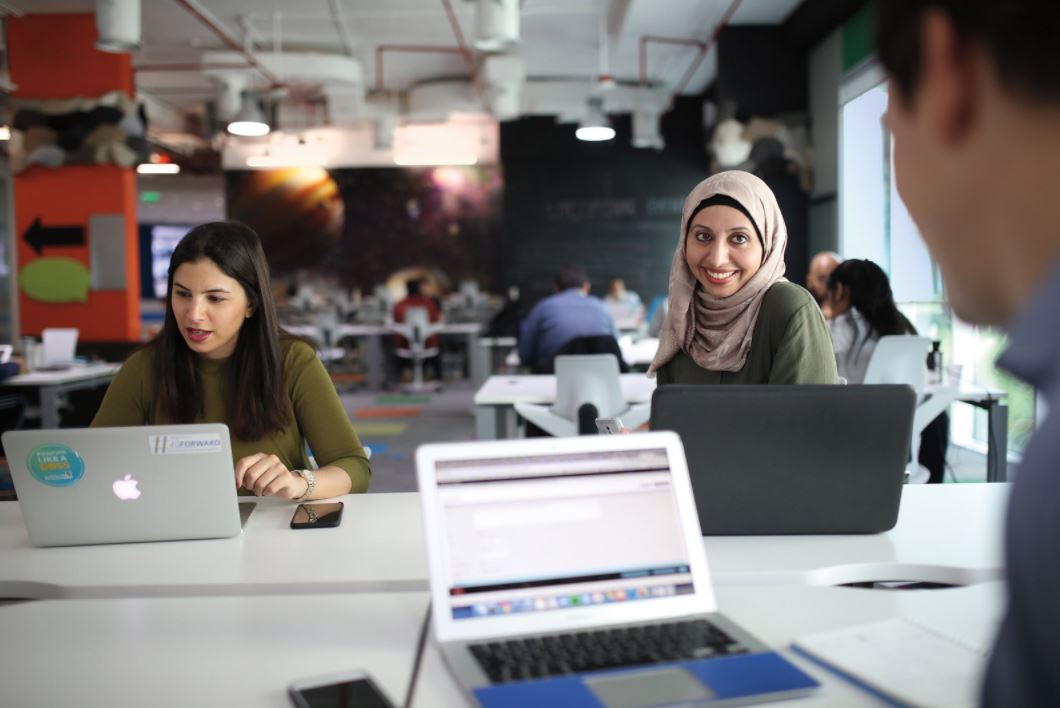 Disrupting the Digital Divide: The Power of Online Platforms

On Thursday, April 19th, the World Bank Group hosted a conversation on how to maximize women entrepreneurs' opportunities using today's digital platforms. For women entrepreneurs, even those operating in difficult environments, digital inclusion can play a pivotal role in providing financing, knowledge and connections at their fingertips - through online platforms. Internet access and a mobile phone can mean access to a bank account for the first time, or a new tool to connect to markets, networks and information.

This event featured the stories of Wafaa Al-Ashwali, CEO and co-founder of Serviis in Saudi Arabia, and Honey Ogundeyi, founder of Fashpa.com in Nigeria, two women entrepreneurs who are creating successful businesses through the power of digital technology. Al-Ashwali and Ogundeyi took the stage and shared how they overcame barriers to grow their online business, and shared ideas on how to help women entrepeneurs succeed in the digital age.

For a recap on the social media conversation around this event, follow #EmpowerWomen, #IFCMarkets and #WeFi