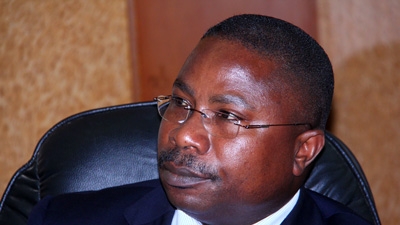 NIAMEY, November 1, 2013--The World Bank country manager for Niger, Nestor Coffi, talks about the many challenges to development in Niger, a huge country in the Sahel zone with a population explosion among the most dramatic on the planet, a growth rate of 3.4% per annum.

Question: In a few days, World Bank President Jim Yong Kim and U.N. Secretary General Ban Ki-moon will make a joint visit to the Sahel region, and Niger in particular. What does this visit mean to you?

Nestor Coffi: To me, as the World Bank country manager in Niger, this visit is first and foremost a celebration. In good years and bad, Niger suffers crises of unimaginable scope and somehow manages to hold up. The country is subject to extreme climate events such as drought or, if there is rain, floods that cause considerable damage, human and material. This year alone, floods have claimed 15 lives. Added to this is the threat of locusts. Since the great locust plague of 2004-2005, the Bank and other partners have established programs to mitigate the risks and to lessen or prevent locust migrations toward the south.

Beyond these natural catastrophes, the country has to face security threats from neighboring countries such as Libya and Mali.

So a visit from leaders of the World Bank, United Nations, African Union and African Development Bank becomes a celebration for us, because the country has shown that it can face adversity and bounce back.

Question: What are the major development challenges ahead for Niger?

On the military end, the region’s instability (as we’ve seen recently in Mali) has meant a diversion of resources we could otherwise have used for economic development. This comes at a price. Niger’s authorities explain it by saying, “Instead of giving food to children to help them nutritionally, we had to buy ammunition and equip the army to defend the country’s borders.” This is a terrible dilemma.

By itself, the country doesn’t have enough resources to absorb all these blows. So the international community’s contribution had been indispensable, not only to counter the effects of these incidents, whether it’s a food crisis or a security emergency, but also to build the future. The international community has become aware that countries like Niger are, in a sense, orphans of aid. The average aid Niger receives in any given year is 43 US dollars per person, which is very little, considering the country’s incalculable needs.

Question: How does the World Bank participate in Niger’s development?

This year, Niger and the World Bank will celebrate 50 years of partnership. In recent years, the Bank has done quite a bit for the country: The World Bank investment in Niger was around US$300 million in 2010, and today the portfolio is abour US$800 million. Still, this is not enough; we have other partnerships such as the United Nations system that will intervene in crises as well as aid in everyday development.

But I want to emphasize that development isn’t just figures on a page. Behind these figures are human realities. Niger’s population is 80 percent agricultural, not just in the economic sense of the term but also as a social category.

As Niger’s president, Mahamadou Issoufou, told me in July 2012 at the Investment Forum in London, “The fastest road to reducing poverty in our countries, especially Niger, is agriculture.” By investing in this sector, you reach the greatest population in extreme poverty ¾ and Niger’s poverty rate is 48 percent ¾ so our programs are oriented toward community agriculture. For example, we are now getting ready to distribute agricultural kits through the PAC 3 [community action program] to allow farmers to improve their productivity. This is a concrete response to food insecurity.

We also invested US$70 million in social safety net programs. A large part of this financing goes directly to households and targets women. Because for the most part, poverty in Niger has a woman’s face. When food shortages occur, men leave the area and go to the forest regions in the south. Women and children are left to fend for themselves, and bear the full brunt of these food crises. When we give the equivalent of US$20 per month to 100,000 women for 18 months, they have the means to emerge from extreme poverty and engage in economic activity on their own.

Question: Niger has one of the youngest populations in the world. How do you create jobs for all these young people?

We’re actively addressing that right now. Unemployed youth could become a ticking time bomb. We’ve created a program to update young people’s skills, with an allocation of US$30 million. It started up in October, targeting employability for youth. The goal is to upgrade young people’s skill levels in very specific industries, such as agriculture or the hotel trade, give them opportunities via workshops and training, take them up a level. All youth will benefit, directly or indirectly, because even if the program can’t accommodate everyone, it will build a sort of lookout post on employment, responsible for overseeing the progress of youth when they come out of the school system.

Question: The World Bank also contributes to financing the Kandadji dam. Can the construction of this hydroelectric project transform the country?

The truth is, Kandadji is the realization of a long-standing dream for Niger. Since agriculture is dependent on happenstances of climate and weather, the only way the country can escape from the “agricultural lottery” is to have control over its water. This dam on the Niger River solves the problem immediately. Currently, the nation’s electricity production can’t meet demand, so there are frequent power outages. The dam will furnish enough energy to boost the nation’s economy and draw in the private sector. The water will be used to irrigate 42,000 hectares [nearly 104,000 acres] of land, increasing agricultural productivity. With irrigation, the country will have the means to eliminate malnutrition. In addition to the energy and agricultural components, there is a third, equally important one: community development. Because the women and youth living near the dam will have direct job opportunities.