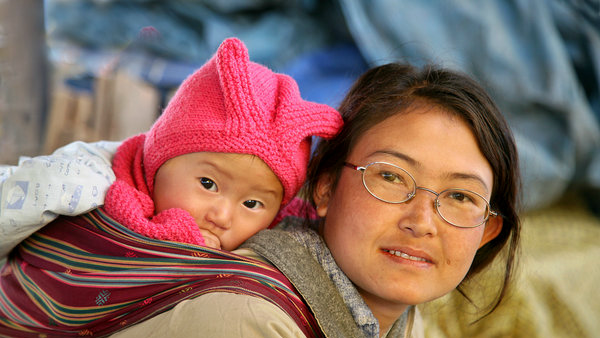 Why is Gender Equality Central for Economic Growth and Operational Effectiveness?
November 12, 2014Washington, D.C.
This session will provide the opportunity for World Bank Group Senior Management to share their perspectives about delivering results on the ground for women and men in countries and achieving greater development impact under the new Global Practice framework.

The WDR 2012 underlines that gender equality is a core development objective in its own right, but also smart economics, enhancing productivity and improving other development outcomes. However, it also stresses that economic development is not enough to shrink all gender disparities and calls for corrective policies that address persistent gender gaps. Since its release the World Bank has adopted institutional targets for gender equality within the Bank-wide Corporate Scorecard and has been monitoring institutional performance against those targets.

This opening session of the Gender and Development Seminar Series will revisit the rationale for promoting gender equality policies and discuss their implications for economic growth and operational effectiveness. The session also provides the opportunity for Senior Management to share their perspectives about delivering results on the ground for women and men in countries and achieving greater development impact under the new Global Practice framework.

R. Kyle Peters, Vice President Operations Policy & Country Services
Kyle Peters, a US national, assumed his current position in February, 2013. As Vice President for Operations Policy and Country Services, he is responsible for spearheading several institutional reform initiatives related to improving and streamlining the World Bank’s business policies, practices, and procedures for delivering lending products and knowledge services to client countries. They include the new approach to the World Bank Group’s country engagement, and the review and update of the Bank’s procurement and safeguards policies. Work is also ongoing to strengthen operational risk management, improve performance and results measurement and monitoring of Bank operations, including through the World Bank Group and World Bank Corporate Scorecards.

He brings 35 years of experience working in the field of development to the position. Prior to being appointed Vice President, he was Director, Strategy and Operations for Europe and Central Asia Region. Earlier, Mr. Peters was Director of Strategy and Country Services in the Operations Policy and Country Services Vice Presidency from 2006 - 2012. During this time, he coordinated the Bank’s response to the financial crisis of 2008-09, led the operational policy issues for IDA15 and 16 replenishments, and oversaw policy and reviews of country assistance strategies, development policy lending, and guarantees, as well as the aid effectiveness agenda.

He has held a range of positions including Senior Manager in the Bank’s Independent Evaluation Group (IEG); Sector Manager for economic policy in Eastern and Central Europe, with responsibility for the Bank’s early engagements on regional integration in the Western Balkans; and Macro Economist in two regions--East Asia and the Pacific and Eastern Europe. He served in the Bank’s country office in Jakarta from 1989-1992, working on macroeconomic, debt and poverty issues.

Caren Grown, World Bank Group Senior Director, Gender
Caren Grown is an internationally recognized expert on gender issues in development. Prior to joining the Bank, she was Economist-In-Residence and co-director of the Program on Gender Analysis in Economics at American University (AU) in Washington, DC. In 2013-2014, she led the UNU-WIDER program on aid effectiveness and gender equality, an international effort which resulted in 22 commissioned papers and a global synthesis. During 2011-2013 she took leave from AU to serve as Senior Gender Advisor and Acting Senior Coordinator for Gender Equality and Women’s Empowerment at the US Agency for International Development (USAID), where she crafted the Agency’s Gender Equality and Female Empowerment policy and led efforts to implement it in systems and programs.

Formerly, she was Senior Scholar and Co-Director of the Gender Equality and Economy Program at The Levy Economics Institute at Bard College, Director of the Poverty Reduction and Economic Governance team at the International Center for Research on Women (ICRW), and Senior Program Officer at the John D. and Catherine T. MacArthur Foundation. She contributed to placing gender equality and female empowerment at the core of the MDGs as Senior Associate of Task Force 3 of the UN Millennium Project. As the longest-serving member of the External Gender Forum of the Asian Development Bank, she advised on many aspects of mainstreaming, research, and results measurement.

Dr. Grown was an Associate Editor of Feminist Economics (2007-2014), a founding member of the International Working Group on Gender and Macroeconomics (GEM-IWG) (1993-2007), and a member of the Women and Gender Equity Knowledge Hub, Commission on the Social Determinants of Health (2006-2007). She holds a PhD and MA in Economics from the New School for Social Research and Bachelor of Arts in Political Science from the University of California, Los Angeles.

Jeffrey D. Lewis, Global Practices (GP) Chief Economist
Jeffrey D. Lewis is the Global Practices (GP) Chief Economist, where he serves as principal economic adviser to the GP Vice Presidents. His main responsibilities are to promote new knowledge and economic work across the GPs, especially on cross-cutting issues; support high quality analytic work on global policy priorities; support broader use of economic analysis in Bank operations; interact with policy and academic communities in client countries and development partners; strengthen linkages between GPs and other Bank units; and foster a community of economists across all global practices.

He previously worked as Director, Economic Policy, Debt and Trade Department; as Senior Adviser to the PREM VP, where he managed Bank engagement with key external shareholder groups (G7/G8, G20, G24, etc.); as Adviser in the Office of the Chief Economist on areas including global trends, trade, international finance, migration, aid, and climate change; and as Manager of the International Finance team with responsibility for monitoring global financial market trends and their implications for developing countries. Prior to joining the Bank in 1993, he worked at the Harvard Institute for International Development (HIID). He has carried out extensive research in areas including economic modeling, exchange rates and trade policy, stabilization and structural adjustment policies in developing economies, and regional trade arrangements. He has a Ph.D. in economics from Stanford University and a B.A. in economics from Harvard University.

Keith Hansen, Global Practices Vice President, World Bank Group
Keith Hansen is one of two vice presidents for Global Practices at the World Bank Group. His key responsibilities include the setup and oversight of the new Global Practices, which will bring together the best expertise from across the Bank Group and from partners to help tackle countries’ most complex development challenges. In this role, he is also responsible for the oversight of the Cross-Cutting Solution Areas, which will focus the WBG's efforts and resources on achieving ambitious targets in key priority areas such as gender and jobs. Prior to this appointment, he served as acting vice president for human development at the World Bank, responsible for the Bank's work in education; health, nutrition, and population; and social protection. He has also served as the human development director for Latin America and the Caribbean, responsible for the Bank's activities in education; health, nutrition, and population; and social safety nets in the region. Previously, in his role as head of the AIDS Campaign Team for Africa, Mr. Hansen spearheaded the Bank's renewed approach to the epidemic. He holds a master of public affairs degree from the Woodrow Wilson School at Princeton University, a law degree from Stanford University, and a bachelor's degree in political science from Yale University.