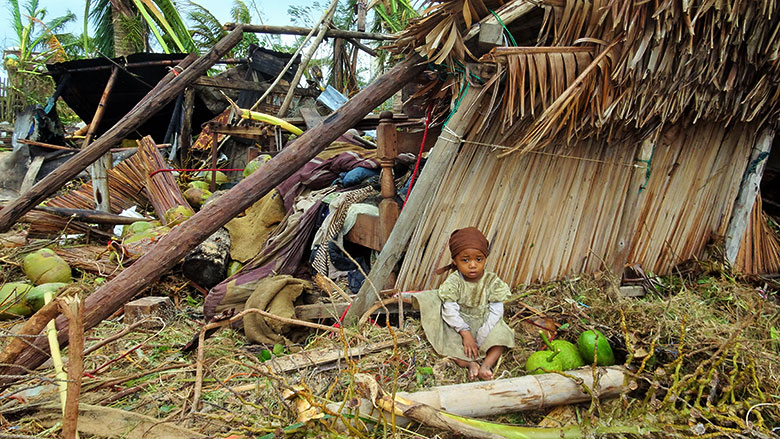 MADAGASCAR, November 23 2017. The seventh edition of the Madagascar Economic Update, Coping with shocks, highlights Madagascar’s vulnerability to climate-related shocks—such as drought and Indian Ocean cyclones—as well as its ability to act swiftly when disaster strikes.

Economic growth in 2017 is estimated at 4.1 percent despite two natural disasters this year—a serious drought affecting an estimated 1.14 million people, and the worst cyclone to hit Madagascar in 13 years, resulting in costs estimated at $400 million, or around 4 percent of GDP, of which approximately one-third of the cost fell on the public sector, and two-thirds on households and the private sector.

Despite this, GDP per capita growth is estimated at 1.3 percent for 2017, and is expected to increase over the medium-term, suggesting that economic growth is keeping up with population growth. Madagascar’s total population was estimated at 24.8 million in 2016.

The drought meant that agricultural activities suffered, with the output of rice, the country’s main staple, falling by about 20 percent. Agricultural sector growth is expected to slow by 0.3 percent, compared to 2016, as a result. However, the effects on the sector’s contribution to overall economic growth were not as severe as in previous years, largely due to a surge in vanilla prices.

Hydroelectric power was also affected, with the electricity and water state-owned enterprise, JIRAMA, needing higher subsidies. The government’s subsidy increased from $74 million to $133 million, as the drought resulted in JIRAMA’s purchasing of more expensive, heavy fuel oil to run generators. A one-off transfer to Air Madagascar, the national airlines company, was also approved, to the tune of $89 million, to cover debt obligations as part of restructuring to improve the airline’s operational performance.

Madagascar’s current growth is favorable, though, in comparison with its average for the ten years up to 2016, which included a period of political crisis (2009–13) when real GDP expanded by an average of only 2.7 percent a year. Now, the most important driver of economic growth is the tertiary sector, supported by public works and related activities, such as trade, services, and transport.

The expansion of public works partly reflects emergency construction undertaken in response to the severe, Grade 4 Cyclone Enawo that hit Madagascar in March. The secondary sector is also expected to continue expanding, with textiles exports forecast to remain strong following the reinstatement of Madagascar’s eligibility for the African Growth and Opportunities Act (AGOA).

Inflation has increased but remains under control, accelerating from 7.0 percent at the end of 2016 to a peak of 8.6 percent in May 2017, with food and housing its main drivers. It decelerated to 8.2 percent in August. The Central Bank has continued to control inflation by tightening liquidity and increasing the policy rate.

Overall, despite these setbacks, positive, medium-term growth is forecast for Madagascar, with it due to reach 5.1 percent of GDP in 2018, and then average out at 5.3 percent over the 2019 to 2022 period.

The intensification of public works is expected to be a key driver of this.

“However, this outlook is subject to a commitment to maintaining political stability and continuing with important reforms,” said Coralie Gevers, the World Bank’s Country Manager for Madagascar. “In particular, efforts should focus on improving the performance of state-owned enterprises, which are a significant drain on public resources, and on strengthening the business environment and curbing corruption.”

This edition of the MEU has a special section focusing on Madagascar’s institutional environment, which the World Bank measures through the Country Policy and Institutional Assessment (CPIA).

There has been a steady improvement in the quality of Malagasy institutions, notably in the areas of social protection and budgetary management, since Madagascar’s return to constitutional order in 2014. The country’s CPIA score increased from 3.0 in 2013, when its performance was at its lowest, to 3.2 in 2016.