Note: The World Bank announced on October 10, 2018 that it would not proceed with support for the power plant in Kosovo because we are required to support the least cost option and energy from renewable sources has now come below the cost of energy from coal. 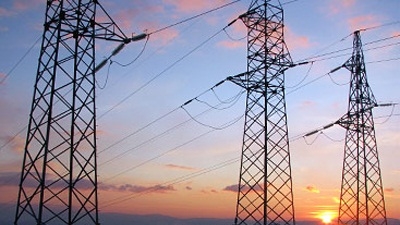 Kosovo is one of the poorest countries in Europe, with almost a third of the population living below the poverty line and one in 10 people living in extreme poverty. The average per capita income is about one-tenth that of the EU and Kosovo has one of the highest unemployment rates in Europe. The overall unemployment rate is about 33 percent and unemployment for youth aged 15-24 years is about 60 percent. Job creation, therefore, is a major priority for the country.

Given this background, the Government of Kosovo has prioritized the modernization and improvement of the country’s energy sector, and has asked its development partners, including the World Bank, European Commission, KfW, USAID, as well as other donors, for support and assistance.

The World Bank is committed to helping Kosovo resolve its energy shortages through a comprehensive strategy that includes increased energy efficiency, development of renewable sources of energy, integration into regional power markets, and support for a new power generation that is both reliable, sustainable and affordable for citizens.

Around the world, energy supply conditions vary, and each country determines how best to meet its own energy aspirations. Kosovo’s electricity supply options are highly constrained due to modest availability of feasible renewable resources, ageing and unreliable lignite-fired generation plants, supply shortages in neighboring countries (especially during peak demand, which limits Kosovo’s ability to import electricity), and an absence of any natural gas resources or infrastructure to import gas. In recent years, demand for electricity has far exceeded supply – a problem that is expected to worsen with the decommissioning of one of the major lignite plants (Kosovo A), which provides about one-third of local electricity generation.

The Government of Kosovo aims to put its energy sector on a sustainable path, through developing renewable energy potential, improving energy efficiency, closing a 50-year-old power plant, and rehabilitating another old power plant. The Government also wants to ensure that the affordability of electricity is maintained, given the country’s high poverty and unemployment rates. The World Bank Group supports this comprehensive approach to developing and modernizing Kosovo’s energy sector.

The World Bank Group’s engagement on energy aims to helps client countries secure an affordable, reliable, and sustainable energy supply – which is necessary in order for growth, poverty reduction, and shared prosperity. The Group’s commitment to helping Kosovo improve its energy sector is broad: projects are designed to improve energy efficiency, ease the policy and regulatory environment for renewable energy and energy efficiency, address the environmental legacy of the old power plants, upgrade power generation to meet demand, and improve water supply.

Increased energy efficiency (EE) and renewable energy (RE) are fundamental components of the World Bank Group’s energy sector engagement, and are key to helping Kosovo achieve greater energy security. The country has significant potential to improve energy efficiency and to integrate renewable sources into its energy supply mix.  More…

Today, Kosovo’s electricity operating capacity is about 900 MW, almost all of which comes from two antiquated coal-fired power plants, Kosovo A and Kosovo B. As the population grows, ongoing constraints on power will continue to increase. In order to meet the growing demand for energy, reduce power outages, and lower greenhouse gas (GHG) emissions, the Government of Kosovo is rehabilitating the Kosovo B power plant – which is more than 30 years old – to bring it into compliance with relevant European Union Directives, and to build a new, more efficient, lignite-fired power plant to replace the 45-year-old highly polluting Kosovo A power plant. More…

Some 50 years of coal-fired power generation have resulted in a legacy of emitting vast quantities of ash into areas surrounding Kosovo’s power plants, polluting the country’s air, and creating a hill of ash visible for more than 10 kilometers. Since 2007, the World Bank Group has been working with the Government of Kosovo to address these issues. More…

From renewable energy to hydropower to waste management, water is an inherent component of Kosovo’s energy strategy and fundamental to the World Bank Group’s energy engagement in the country. More... 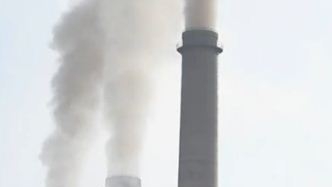