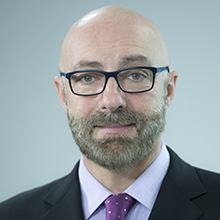 Mr. Mantovanelli is an economic development professional with more than 20 years of experience in Latin America, Africa and Europe.

Before joining the World Bank, he was an economic research consultant in Europe and the United States, and he also served as an officer in the Italian navy.

Throughout his career at the World Bank, Mr. Mantovanelli held various positions both at headquarters in Washington, D.C., and in various country offices around the world.

Mr. Mantovanelli joined the World Bank in the mid-1990s. He was initially involved in economic research and analysis to support the design and implementation of urban infrastructure and municipal development projects in Bolivia and Colombia.

Subsequently, as a task team leader, he specialized in delivering programs to improve education services and increasing schooling opportunities in poor and underserved rural communities in Latin America and the Caribbean.

In 2000, Mr. Mantovanelli was appointed as the World Bank Resident Representative in the Dominican Republic, during a period marked by several policy reversals and uncertainties following a financial crisis, and in Haiti, during and after the tumultuous departure of President Jean-Bertrand Aristide.

In 2004, he became the Head of Communications Services, Partnerships and External Relations for the Africa Region of the World Bank.

In 2007-2011, Mr. Mantovanelli served as the World Bank Resident Representative in Bosnia–Herzegovina, leading the dialogue to support the country in the aftermath of the 2008 global financial crisis.

Starting from 2012, he coordinated various corporate programs for the Operations Policy Department in Washington, D.C., including managing the negotiations with member country delegations of the Results Measurement System to monitor the implementation of the International Development Association 17th replenishment.