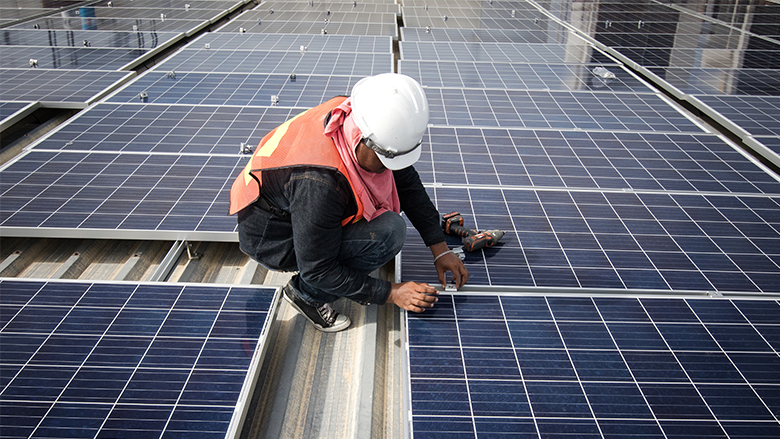 A technician installs solar panels on a factory roof in Bangkok, Thailand.

Containing global warming to 1.5 degrees is technically feasible with existing low-carbon technology—but only if it is deployed on a massive scale to developing countries, according to this World Bank Group publication.

Technology Transfer and Innovation for Low-Carbon Development observes that the cost of low-carbon technology (LCT) is decreasing while investment, trade, and innovation in this sector are on the rise. But the benefits of that progress have largely eluded the world’s poorest countries, which play a minuscule role in low-carbon technology markets as buyers, sellers or innovators—despite being the most vulnerable to extreme weather events, flooding, damage to infrastructure, and habitat loss.

Global transfer and deployment of LCT from developed to developing economies is a necessity—but also an opportunity, according to the report. Actions that promote LCT absorption, use and production—such as investments in human capital, infrastructure and firms—also benefit entire economies. These investments can increase a country’s competitiveness, output, and employment while producing other benefits that improve the lives of citizens.

"There is an urgent need to facilitate the transfer of technology to developing countries." 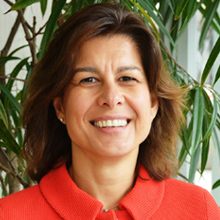 “There is an urgent need to facilitate the transfer of technology to developing countries,” said Ceyla Pazarbasioglu, Vice President for Equitable Growth, Finance and Institutions at the World Bank Group. “This requires getting energy prices right, building human and institutional capital, supporting LCT investment through de-risking mechanisms, and introducing policies that support the uptake of LCT. But it can be done. It is possible to limit global warming with existing LCT—provided it is deployed on a massive scale to developing countries.”

“Climate change is compounding the challenges of poverty reduction,” said Miria Pigato, a World Bank Group lead economist and one of the authors of the report. “International institutions and donor countries need to explore all possible strategies for combating climate change. LCT transfer is an underutilized approach that could help developing countries get on a path to a low-carbon future.”

Mass deployment of existing technology in just four sectors—energy, industry, transport and buildings—can account for two-thirds of the emissions reductions needed by 2030.

High-income countries produced 80 percent of all low-carbon innovations between 2005 and 2015. In 2016, the poorest countries accounted for just 0.01 percent of LCT exports.

Technological capabilities in developing countries are improving—although slowly, and from a small base.

China is the world’s largest importer and exporter of LCT.

LCT have certain characteristics that make their adoption and transfer difficult.

There are a variety of domestic and international policies that can help promote LCT technology transfer. These include: