ESMAP Global Facility on Mini Grids: Scaling Up Mini Grid Markets to Provide Electricity to Half a Billion People by 2030 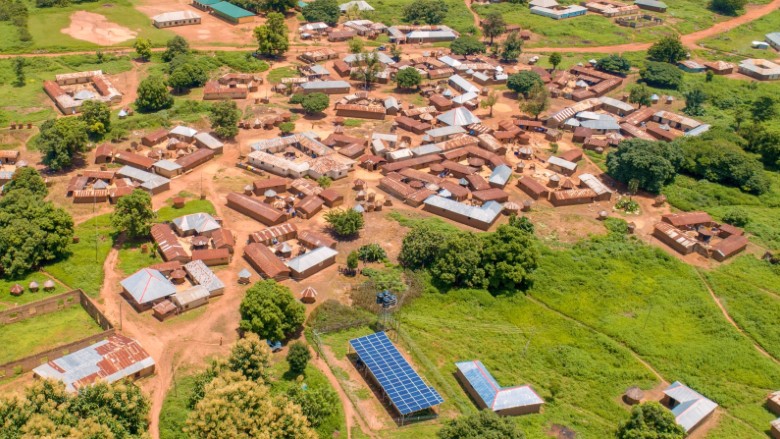 Challenge
When the GFMG was launched, in FY16, approximately 900 million people globally lacked access to electricity. The dominant approach to expanding access in low-income countries was building out the main grid, with a handful of countries seeing some success with solar home systems. Mini grids were widely considered a niche solution. Only a few countries were including large numbers of them in their national electrification plans. However, examples from Asia (e.g., Cambodia, Myanmar) and in developed countries in the early 1900s, showed how mini grids could provide access to affordable electricity at scale. The challenge, then, was to take mini grids from a niche to a mainstream solution, with robust national and international markets and policies driving the sector’s growth at scale in order to provide large numbers of people with access to high-quality affordable electricity.

Approach
The GFMG was launched in 2016 to mainstream the deployment of portfolios of mini grids in World Bank operations and client country electrification programs. It has brought together a core group of global experts that are mobilized on a demand basis to country teams and governments to comprehensively address policy, program and project development and implementation issues in the sector. With the support of these experts, during the first year of its work the GFMG distilled global lessons and identified ten key frontiers for mini grid sector scale-up. These range from geospatial-based planning, to workable regulations, to access to finance, to better integrate demand-side aspects – such as productive uses and community engagement – into mini grid planning and deployment. Topical notes on these subjects have been prepared and shared during the GFMG organized annual Action Learning Events, which always take place in World Bank client countries. At these events (the most recent of which was held in Addis-Ababa, Ethiopia in February 2020), hundreds of participants representing Governments, regulators, local and international private sector, financiers, and other key stakeholders come together to help mobilize takeoff of the mini grid sector at scale in the host country, as well as share international experiences and latest market developments. This accumulation of knowledge has been documented in the Mini Grids for Half a Billion People: Market Outlook and Handbook for Decision-Makers report of the ESMAP GFMG (launched in June 2019), which has been downloaded more than 20,000 times and has already influenced a number of reports produced by the International Energy Agency, the International Renewable Energy Agency, the World Bank, and others.

Results
The ESMAP reports and GFMG Action Learning Events, combined with the roster of senior experts, have had a significant impact on the client governments’ and World Bank task teams’ perspective on mini grids. This has subsequently led to the establishment of the first mini grid industry association in Africa (the Africa Mini Grid Developers Association, AMDA), which was formed at the 3rd ALE in Nairobi, Kenya in 2016 and to date represents over 30 companies in the region. It has also led to the emergence of a range of new International Development Agency (IDA) mini grid operations, largely prepared and implemented with comprehensive support from the GFMG. These projects represent a new generation of mini grid programs, moving away from financing of a few mini grid pilots toward investments into large portfolios of mini grids in Kenya, Nigeria and Ethiopia. In 2020, with the direct and holistic support of the ESMAP GFMG, the World Bank portfolio of mini grid investments has become the single largest in the world, covering 32 countries, with an estimated cost of $2.2 billion, and with a trajectory for continued accelerated growth and expansion. Specifically, the Nigeria Electrification Project (NEP) – developed with GFMG experts embedded in the World Bank task team -- represents a World Bank investment commitment of $150 million for 850 mini grids to provide more than 1.5 million people with access to electricity by 2024, leveraging an additional $250 million in private sector and donor co-financing. The project became effective in June 2019, and to date, more than 120 mini grids are under preparation. In December 2019, the Federal Government of Nigeria’s Rural Electrification Agency (REA) facilitated the commissioning of a solar hybrid mini grid power plant in Rokota Community, Edati Local Government Area, Niger State, which was commissioned within 60 days of permitting. It will provide clean, safe and reliable electricity to an expected three thousand people in the community, including for the local clinic. By the end of June 2020, a key milestone of the overall NEP project was achieved by providing electricity to 250,000 people through private sector-driven solar mini grids as well as solar standalone systems.

Bank Group Contribution
The ESMAP support in FY17-20 for GFMG was $10.2 million, including $2.6 million provided for country grants.

Partners
The GFMG’s impact has been enabled and amplified with core support from the UK government (GBP 5 million), as well as partnerships with the African Development Bank (AfDB), Deutsche Gesellschaft für Internationale Zusammenarbeit (GIZ), Inter-American Development Bank (IDB), and the US Agency for International Development (USAID), among others. To support implementation of World Bank projects and develop knowledge products, the GFMG collaborates with a large number of stakeholders, including mini grid developers, government officials, financiers, technology providers, researchers, project implementation partners, development partners, and recognized experts. Collaboration with a variety of world-leading organizations, including AMDA, Castalia, HOMER, the Institute of Electrical and Electronics Engineers (IEEE), Inensus, the US National Renewable Energy Laboratory (NREL), Odyssey Energy Solutions, the Rocky Mountain Institute (RMI), the Rockefeller Foundation, Trama TecnoAmbiental, and Village Infrastructure Angels, among others, have led to tangible and impactful results for World Bank clients.

Moving Forward
According to the Tracking Sustainable Development Goal (SDG) 7: The Energy Progress Report 2020, the world is not on track to achieve SDG 7. If current and planned policies continue, around 620 million people would still lack access to electricity in 2030. ESMAP’s Mini Grids for Half a Billion People report estimates that to achieve SDG 7, approximately 40 percent of all new connections over the next decade would be best served by modern, technologically advanced mini grids, with the remaining 60 percent of people served by solar home systems (SHS) or the main grid. Accounting for population growth, ESMAP estimates that mini grids are the most cost-effective electrification pathway for almost 490 million people over the next decade, at a cumulative investment cost of $220 billion for 210,000 mini grids. In this context, the GFMG’s near-term priorities are:

Beneficiaries
Whether it’s the small merchant in Nigeria that can increase her productivity twofold and hire another employee, the rural household in Myanmar that no longer has to use kerosene lamps and expensive battery charging services, the mini grid developer in Bangladesh that finally has the financial package and institutional support needed to build out a portfolio of mini grid projects, or the energy minister in Ethiopia that receives the policy advice and technical support needed to launch a national mini grids program at unprecedented scale, the GFMG’s work directly and indirectly benefits stakeholders at every echelon of the mini grid market ecosystem.