Savings of $44 billion: Impacts of the global target of a reduction of remittances cost through effective interventions at the global, country and municipality levels 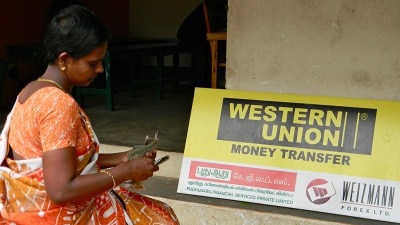 2013 CGAP Photo Contest
Global efforts led by the World Bank Group, together with steps taken at the country and municipality levels, have reduced the cost of international remittance services. The amount of cost reduction is estimated at US$42.48 billion since the World Bank’s Remittances Prices Worldwide project began to add greater transparency to the international money-transfer system, helping consumers monitor the cost of sending remittances. This $42.48 billion delivers savings to remittance-senders and recipients, who are typically migrant workers and their families.

Forcing migrant workers to pay as much as $50 to send $200 is wrong, especially when they are sending salaries they have earned in the hope of supporting their families back home. $200 often is a very significant sum for migrants’ family income. There was little price transparency and no global effort to address this problem until the World Bank helped form a coalition to monitor the process and create a “one-stop shop” information system to help remittance-senders compare services and costs. The high cost of transferring remittances internationally has typically been caused by a combination of obstacles in each local market, both in sending and receiving countries, including a lack of transparency and consumer protection, legal and regulatory obstacles, a lack of payment system infrastructures and access to payment systems, a weak market environment without a proper competition, and weak risk-management and governance practices. These problems were discussed as the World Bank-led coalition joined in creating a new international standard called the General Principles for International Remittance Services, published in 2007. Later, with the development of the World Bank’s Remittance Prices Worldwide in 2008, for the first time, the magnitude of the challenge of high remittance costs began to be quantitatively measured at the global scale. In 2009, G8 Heads of State made a commitment to reducing the global average cost by 5 percentage points in 5 years – the so-called “5x5 objective” – at the L’Aquila Summit. In 2011, G20 made a decision to join the effort to achieve the 5x5 objective.

The World Bank has provided a variety of effective solutions to addressing a high cost of sending remittances at the global, country, and municipality levels.  The Global Remittances Working Group, established by the World Bank, has provided technical inputs and advice to G8, G20 and other partners to achieve the objective, together with monitoring the global remittance costs through RPW. At the country level, the Bank provided technical assistance to client countries to improve their remittance markets by addressing problems and obstacles described above through implementing the General Principles for International Remittance Services. Approaches at the country level vary depending on specific challenges faced by each country. At the municipality level, solutions the World Bank provides are closed to the ultimate beneficiaries of the interventions – migrant communities and their families, together with the industry and a local government.

IBRD made effective interventions at the global, country and municipality levels and contributed to the achievements listed as follows.

Multiple trust funds have contributed to achieving the results including Australia, European Commission, and FIRST Initiative. In addition, partnerships and contributions through EFO arrangements supported a variety of initiatives and projects for global and country interventions.

IBRD has work with partners such as G8 and G20 to advance the global agenda on a reduction of remittance costs.

IBRD also worked with the African Institute for Remittances under African Union, financed by the European Commission and undertook projects to implement the General Principles in a number of countries in the Africa region towards establishing the Institute.

Part of multi-donor trust funds contributed by Australia and Austria supported projects for the Commonwealth countries and Balkan countries, respectively.

Remittances are proven to be essential for the poor not only for their income but also for financial inclusion, education, health, and investments. A reduction of remittance costs means more money is kept in the hands of migrants and their families. Since the World Bank began to provide solutions to achieving the global objective, significant achievements have been made in terms of a remittance cost reduction, reforms in the countries, and engagement with migrant communities. However, a lot more can be done to further reduce the cost of remittances to reach the 5 percent level.

With unique knowledge and expertise in the area, the World Bank is able to scale up the effectiveness of its interventions at the global, country and municipality levels with support from the political commitment.

The World Bank’s Remittance Prices Worldwide database is the only source of monitoring the global remittance costs. This effort should be continued in order to keep advocating the remittance cost issues and avoid a rebound to a higher remittance cost.

Partnerships with international forums such as G8, G20 and the United Nations have seen impacts and promoted political commitments.

Interventions at the country level to addressing each problem and obstacle faced by countries should continue to further foster remittance costs but also contribute to other important agenda such as financial inclusion.

The ultimate beneficiaries of the efforts are migrants and their families who use remittance services. However, direct beneficiaries of the World Bank’s interventions are international forums who advocate global agenda and national authorities and policy makers who make reforms in their own jurisdictions.