February 19, 2013
The City Council of Maputo (CCM) launched ProMaputo in 2005 to improve the quality of life in the rapidly growing capital of Mozambique. The International Development Association (IDA)-financed project supported a series of institutional and financial reforms that contributed to improvements in service delivery and infrastructure, such as 85 kilometers of rehabilitated roads, a tenfold increase in waste collection, the development of a geographic information system (GIS), and a series of urban plans that are the basis for issuing land use rights.

Mozambique is urbanizing at about three percent per year, with an urban population projected to double by 2030. Though Maputo accounts for 30% of the national gross domestic product (GDP), 70% of its 1.1 million residents live in informal settlements, and 49% live below the poverty line. Commuters swell the city’s size during the day, but the infrastructure was ill equipped to support this influx because there was little investment since the end of the civil war in 1992. Most residents lacked access to water, sanitation, affordable land, roads, drainage, and electricity, all of which are the responsibility of the City Council of Maputo. In 2005, only 1.5% of CCM’s staff of 2,500 had attended university, few had the required qualifications, and many positions were unfilled. The CCM’s 2005 budget of US$6 per capita reflected the fact that only five percent of total properties in the city paid taxes each year, itself a reflection of the city’s lack of property cadaster and the means to levy and collect taxes.

The CCM launched ProMaputo in 2005 to improve the quality of life and increase investment and taxation capacity through better delivery of services and coordinated action, which served as the basis for the IDA-financed ProMaputo: Maputo Municipal Development Program (MMDP). The project aimed to raise CCM’s revenue, increase solid waste deposited in the waste dump, and develop an integrated and functional financial management system. The project financed a restructuring plan for the CCM, strengthened human resources management, simplified administrative procedures, created authorities to plan and manage small-scale infrastructure and urban services, and financed CCM’s basic operating costs. The project also brought in a private firm to distribute property tax bills and involve district administrations in revenue collection, while consolidating a database and new systems for collecting taxes and fees, as well as reform tax legislation. The project also financed training in budget preparation, asset management, and budget execution and control. Finally, the project supported urban planning and management capacity in the CCM, while rehabilitating roads and drainage systems.

The MMDP succeeded in strengthening CCM’s institutional and financial capacity, which, along with reforms, has enabled the council to improve the quality of life in Maputo.

The Maputo City Council, with the mayor and with technical assistance from IDA, designed the ProMaputo Program and served as the implementing agency for the project. The IDA team also worked closely with the German Society for International Cooperation (GIZ) on the solid waste collection system, with GIZ providing technical assistance for the design and IDA financing its implementation.

The MMDP is the first phase of an eight-year program that was extended by one year. The second phase of the program became effective on January 21, 2011 and will work to improve the delivery and sustainability of priority municipal services in Maputo. Building on the institutional foundation laid by the first phase, the second phase will support ongoing institutional reforms and capacity building.

Teresa Chissequere, a GIS expert working for the Maputo Municipality, discusses the benefit of the GIS program: “We are going to improve suburban management. We are going to increase municipal income, manage transportation and other activities.” Further, the project has implemented a mobile phone-based tool that allows citizens to transmit real-time information on flooding and other catastrophes to their governments, leading to more efficient government responses. 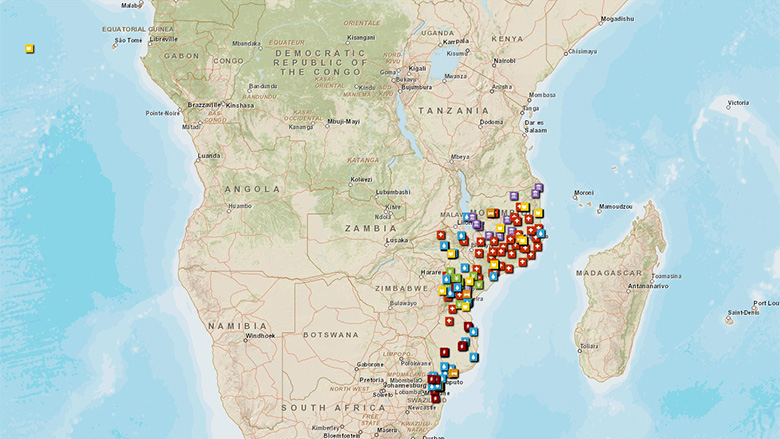