Proper nutrition and stimulation are essential during the first years of life for children to develop healthy minds and bodies. While many programs address malnutrition, efforts to promote early childhood stimulation and learning have been a greater challenge because of the costs and the difficulty in reaching pregnant women and mothers of children younger than three years old. This evaluation in Bangladesh examined the impact of combining low-cost stimulation instruction with a large-scale nutritional program, adding to the growing body of evidence on how to successfully deliver programs to help children’s development.

Problem
Many of Bangladesh’s 61 million children suffer from malnutrition and lack appropriate stimulation and early learning opportunities. About two fifths of the country’s children younger than five years old have stunted growth and about a fifth of newborns have low birth weights. In addition, about half the two-year-olds in Bangladesh are well below international height standards and about a third are severely underweight.

Intervention
Bangladesh’s National Nutrition Service leads the country’s efforts to combat malnutrition. Save the Children developed a pilot program to improve children’s development, delivered through the existing nutrition service program. During routine household visits by community health workers, and during sick or well-baby visits to community clinics, mothers and other caregivers were shown how to stimulate their young children. They also received two picture books.

Eligibility
Mothers and other caregivers in poor families with children under the age of three.

Results
Parents’ knowledge and practices of healthy development did not improve relative to the control group. However, families exposed to the pilot program were more likely to register for the existing national nutrition program. Children in these families did show modest improvements in cognitive, linguistic, socio-emotional, and physical development. However, it was not possible to know whether the changes came from the pilot program or from the national nutrition program.

As part of the evaluation, the team built an advisory group—consisting of government officials from various ministries—who met regularly throughout the process to discuss progress and later, ways to use the results going forward.

Because the intervention uses government infrastructure, it was relatively low cost and very easy to scale up. A November 2016 workshop in Dhaka, hosted by the Ministry of Education, included participants from the Ministry of Women and Children, as well as and Bangladesh’s Secretary of Health. They joined local research institutes and civil society organizations to discuss results and potential scale up. 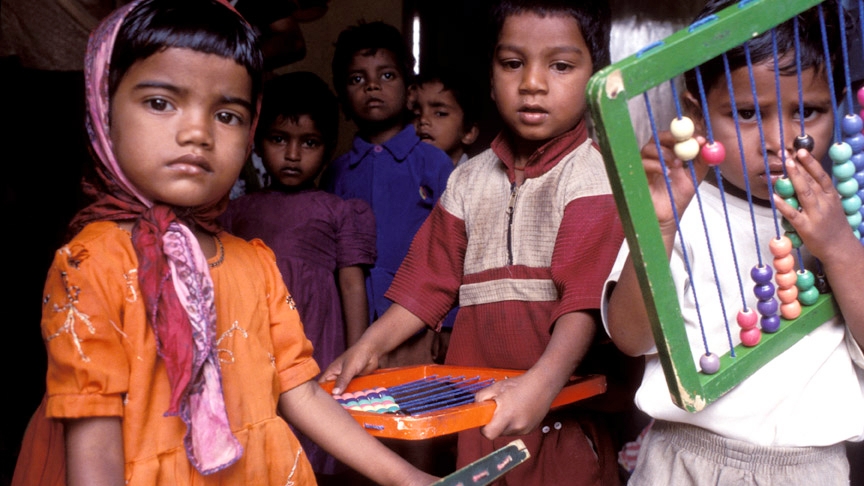 During routine household visits made by community health workers and during sick or well-baby visits to community clinics, mothers and other caregivers of children under the age of three were shown how to stimulate and respond appropriately to the emotional and physical needs of their young children. Each household also received a Child Development Card, a booklet with key messages, and two picture books. Mothers and other caregivers in the household were shown how to use the card and the books to provide children with a variety of early learning opportunities.

Although mothers were the primary target, an important aspect of the program was its focus on reaching out to as many caregivers in each household as possible. This family-oriented approach was intended to increase the likelihood that mothers had the support and approval of others in their household as they adopted and practiced the key program recommendations. The program placed particular emphasis on reaching out to fathers and other male caregivers, and to mothers-in-law, who are very influential in terms of caregiving practices and decisions in Bangladesh.

The evaluation used a clustered-randomized controlled trial, in which community clinics within the same area (broken down by administrative unit) were randomly assigned to either receive the intervention or not receive the intervention. Researchers measured impacts by collecting data on individual children and their families who received services from these community clinics. A total of 78 community clinics were randomly assigned to one of the two groups. All the clinics received the national nutrition program, but the treatment group also received the special stimulation program.

The impact of the program on child cognitive and language development was measured using the Bayley Scale of Infant and Toddler Development, which is considered the “gold standard” for assessing infants. Children in both the treatment and control groups were assessed using the Bayley Scale. Researchers also collected data on children’s physical growth and parents’ knowledge of stimulation techniques and use. Researchers also gathered  bimonthly monitoring data to check program implementation and they recorded costs to better understand what was required to expand the program. 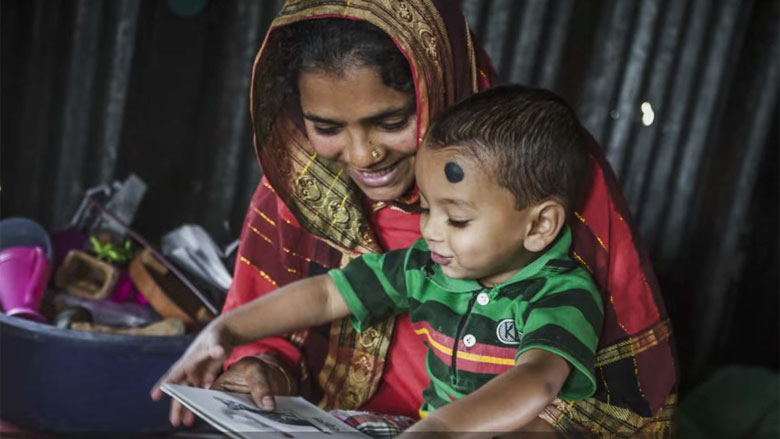