Prioritizing the Poorest and Most Vulnerable in West Africa 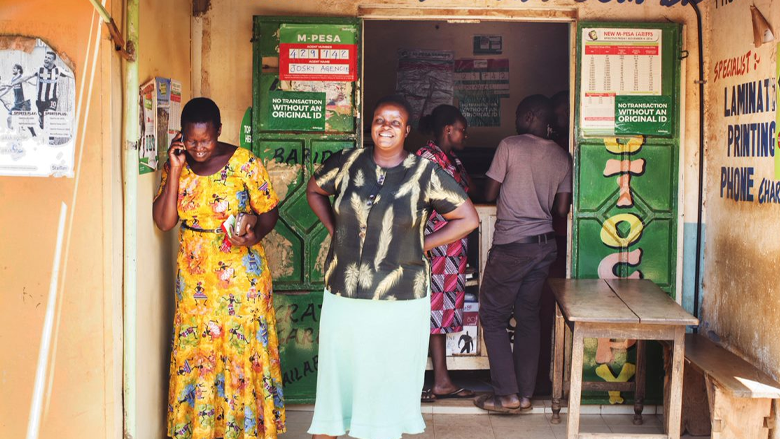 Togo, like many countries, is struggling as a result of the global COVID-19 pandemic. Poverty, which had been declining before the pandemic, is now on the rise. This is not surprising, as 62 percent of jobs in the country have been affected, particularly in the informal sector. In an effort to prioritize those most in need, IDA financing was mobilized under the West Africa Unique Identification for Regional Integration and Inclusion (WURI) Program to support social protection delivery systems and data-driven methods through Togo’s Novissi emergency cash transfer program.

The IDA-supported WURI Program is helping to build the foundational identification systems needed across Benin, Burkina Faso, Côte d’Ivoire, Guinea, Niger, and Togo to facilitate access to services for millions of people. Informal workers represent 80 percent of total employment in this part of the world—90 percent of whom are women—and they often fall through the cracks of existing social protection programs. In times of crisis, the program aids countries in quickly scaling up social protection programs through flexible platforms, including providing emergency support to informal workers.

The Novissi program, which means "solidarity" in the local Ewe language, began last April to help people impacted by the pandemic. The government, however, wanted to ensure they were reaching the poorest informal workers in the poorest parts of the country. Research, development, and feasibility testing of machine learning and data-driven methods were implemented to identify and prioritize assistance for the poorest. Deep-learning algorithms were developed using geospatial data, population data, and phone interviews. And a system to provide contactless social protection payments was implemented. As a result of these efforts, 57,000 new beneficiaries were identified.

"I didn't know how I was going to buy food, to buy what's needed at home," says Eric Dossekpli, a 49-year-old farmer and father of six.   Because of the pandemic, Eric was struggling to sell his groundnuts, beans, maize, and cassava at the local market. Soon, he could not even afford the fertilizer he needed to keep growing the crops. Because Eric is part of the informal sector, he was not eligible for the existing social protection system in Togo. The improvements to the Novissi program identified Eric and made it possible for his family to receive a cash transfer.

Between April and September 2020, in the midst of the pandemic, the Novissi program provided cash transfers to 572,852 informal sector workers, 373,858 of whom were women. The second phase of the program will incorporate a nonprofit that lets donors send money directly to the world’s poorest, further bolstering Novissi’s reach.