BALKH DISTRICT, Balkh Province – Youngsters and elders are gathered in a corner of a muddy yard in Zargaran village, more than 20 kilometers outside the provincial capital of Mazar-e-Sharif. Handwritten posters lining the walls describe the village—its location, development plan, population, and resources. .

“To date our progress is very good,” says Mohammad Esa, 45, Chairperson of the CDC. “We established the grain bank through which we collect things like wheat, rice, clothes, and rugs. We register them in a book and then distribute the goods among people when they need it most.” Esa believes that the grain bank can bring locals together as they work to make their village a better place for all.

to set up community philanthropic food reserves that can help the most vulnerable households, including internally displaced persons and returnees. The initiative is part of the Citizens’ Charter Emergency Regional Displacement Response, which supports collective community action aimed at improving social inclusion and protecting the ultra poor and vulnerable. Over 500 grain banks have been established across the country, with plans to scale up.

On entering a village, . One process is the Wellbeing Analysis, which helps a CDC identify poor and vulnerable households in the community and tailor initiatives to address their needs.

The poor and ultra-poor families are mostly laborers with no farmland. In the lean seasons when there is no work, these households face food shortages and struggle with hunger. .

"We established the grain bank through which we collect things like wheat, rice, clothes, and rugs. We register them in a book and then distribute the goods among people when they need it most."
Mohammad Esa
Chairperson, Community Development Council 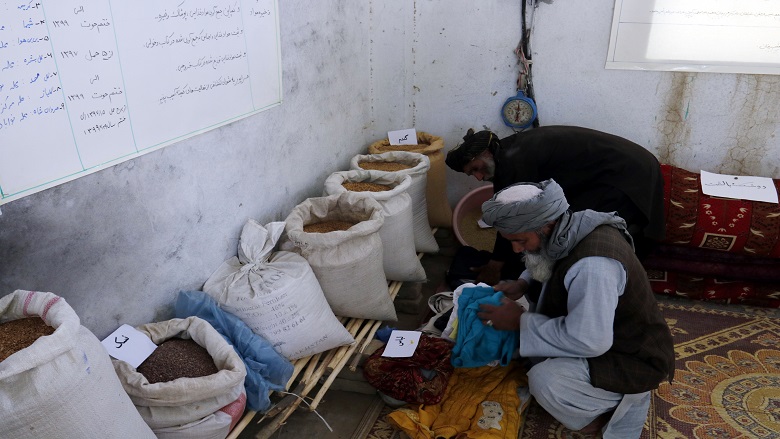 The Zargaran village grain bank in Balkh Province is part of a new initiative by the Government of Afghanistan to set up community philanthropic food reserves that can help the most vulnerable households, including internally displaced persons and returnees.

Delivery of Core Infrastructure and Services

(NSP), which introduced a community-driven development approach toward rural infrastructure and service delivery and reached about 35,000 communities over 14 years. and will target one third of the country.

to participating communities through strengthened CDCs. Citizens’ Charter has been set up as an inter-ministerial program to deliver a package of grants to CDCs that will support basic service standards. The Ministry of Rural Rehabilitation and Development (MRRD) is implementing Citizens’ Charter in rural areas, while the Independent Directorate of Local Governance is responsible for the project in four major cities:  Herat, Jalalabad, Kandahar, and Mazar-e-Sharif.

Citizens’ Charter is supported by funds from the government budget, as well as the Afghanistan Reconstruction Trust Fund (ARTF), and the International Development Association (IDA), the World Bank Group’s fund for the poorest countries.

Support to Most in Need

Citizens’ Charter began working with Zargaran villagers a few months later in October 2017 to help them elect a CDC and start their development activities. Half of the CDC’s elected members are women. “,” says Esa, who was elected CDC chairperson.

Following Citizens’ Charter guidelines, the Zargaran CDC established sub-committees on thematic areas, such as agriculture, environment, youth, and vulnerable groups. The community has applauded the work of the CDC, particularly the efforts of the sub-committee on vulnerable groups, which has led campaigns to gather support for the effort to eliminate seasonal hunger. . “We can see a nearly 80 percent positive social change in the village compared to the beginning of our work,” observes Nasir Ahmad Muslih, a social worker in Balkh district.

The CDC distributed the donated food and clothes from the grain bank among the ultra-poor families during the winter of 2017–2018. Twenty-eight-year-old Abdul Wahid describes the winter as a difficult one, during which he spent all of his savings on basic necessities. Wahid and his family were among those who received rice, wheat, and cooking oil from the grain bank.

A laborer in dire circumstances, Wahid needed the support, particularly in autumn and winter, when there was no work. “,” he says. “Thank God, last winter the local CDC gave us foodstuff from the grain bank and it helped us a lot.” 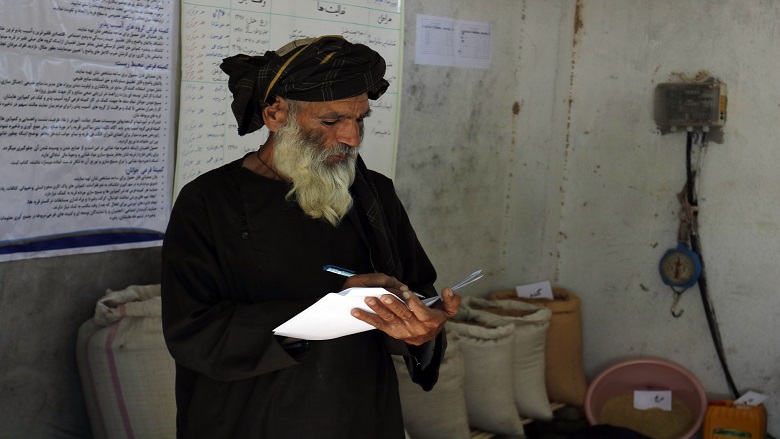 Zargaran’s Wellbeing Analysis shows that village incomes rely heavily on agriculture, livestock, and manual labor. The CDC distributed the donated food and clothes from the grain bank among the ultra-poor families during the winter of 2017–2018. Photo Credit: Rumi Consultancy/ World Bank
Poor Communities Willing to Contribute

The grain bank initiative has proved successful in other ways. .

The local clergy has supported the charitable initiative as well. As Zargaran farmer Ghulam Mohammad, 45, explains, “People have always helped poor families as it is a highly regarded act in our religion, but the help has not been enough and we did not have a good mechanism for supporting the poor in our community. Now we do.”

, which helps ensure that donations are not lost or wasted. It also uses donated money to buy goods and distributes the donation-funded purchases and donated goods on a specific day to the families most in need.

The Citizens’ Charter initiative demonstrates that even in poor communities, Afghans are willing to support vulnerable households. “ and they are helping us a lot in its implementation. ,” says Muslih.