Global Commitment, Local Action: Resilience at the One Planet Summit

On December 12, 2017, exactly two years after the signing of the historic Paris Agreement, the French government hosted the One Planet Summit in Paris to reaffirm the world’s commitment to the fight against climate change.

At the Summit, the World Bank Group, together with our partners, discussed how to mobilize and maximize the financing needed to accelerate climate action.

A key component of those discussions focused on helping client countries build resilience to climate change and disaster risks and foster climate-smart growth. 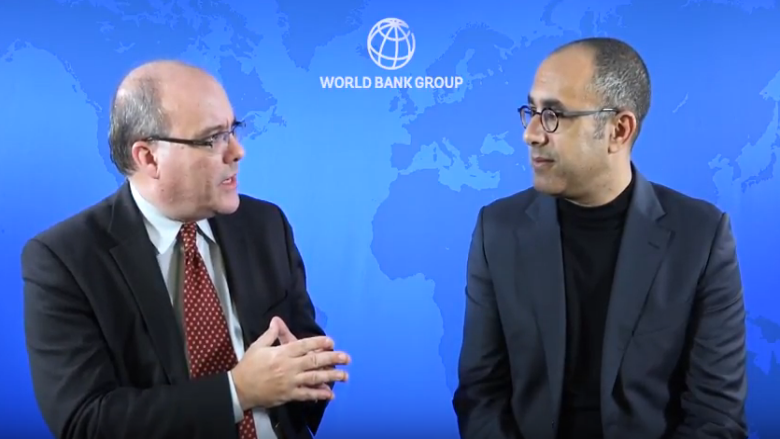 A series of transformative resilience initiatives – from global partnerships to local actions – were launched or renewed, including:

The City Resilience Program (CRP), launched in June 2017 with financial support from the Global Facility for Disaster Reduction and Recovery (GFDRR) and the Swiss State Secretariat for Economic Affairs (SECO), is working in 31 cities globally to take decisive climate action by accelerating investment in resilient infrastructure and systems. CRP supports cities to invest in resilience with a focus on generating new value by reducing vulnerabilities.

To do so, CRP has focused on combining World Bank lending support with private sector resources by helping cities to develop bankable business plans, structure public-private partnerships, and monetize increases in land value. The first batch of cities receiving CRP support convened in Bangkok in November for the Financial Solutions for City Resilience Conference [video], which brought together city delegations, private capital experts, and financial advisory firms to work with cities on refining existing investment ideas and expanding the financing options available.

At the One Planet Summit in Paris, CRP announced a new partnership with the Global Covenant of Mayors for Climate & Energy to provide technical and financial assistance to 150 cities over the next three years. 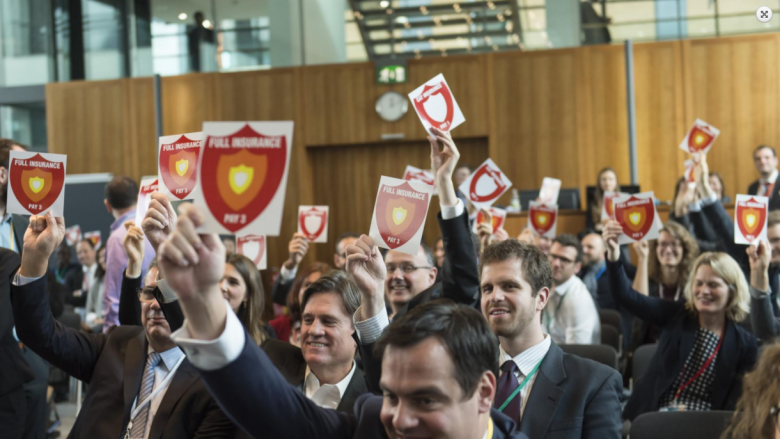 At the One Planet Summit, the World Bank announced that, together with Ethiopia, Fiji, Germany, the United Kingdom, and other government, civil society, and private sector partners, it would support the new InsuResilience Global Partnership with the goal of significantly scaling up climate risk finance and insurance solutions in developing countries, and with a focus on poor and vulnerable people. This new partnership will stimulate the creation of effective climate risk insurance markets and the smart use of insurance-related schemes to protect lives and livelihoods from the impacts of disasters. Built on support from the G20 and V20, the InsuResilience Global Partnership already counts more than 40 members and has received more than $125 million in financial support.

The World Bank plays a key role in this partnership as a technical and implementing partner, including through the InsuResilience Climate Risk Financing and Insurance Program (CRFIP) MDTF funded by Germany (BMZ) and the UK (DFID), as well as the Disaster Protection Program SDTF and London Hub funded by the UK (DFID).

Weather, water, and climate – or “hydromet” – services are the backbone of adaptation planning and sustainable development. The Bank has scaled up support for – and invested over $900 million in – modernizing hydromet services as global public goods. In partnership with the World Meteorological Organization (WMO), African Development Bank, Agence Francaise de Developpement (AFD), United Nations Development Programme (UNDP), and World Food Program (WFP), the Bank launched the Africa Hydromet Program to address demand-driven hydromet challenges of scaling up in Africa.

The 2017 hurricane season left unprecedented devastation across the region, and the Caribbean leadership is facing up to the challenge of climate change, while accepting this to be the new normal in their efforts at rebuilding and future growth.  The Caribbean Climate-Smart Coalition was launched at the One Planet Summit by Caribbean leaders as a voluntary coalition of governments, business, civil society, and regional and public institutions, including the Caribbean Development Bank, Inter-American Development Bank, the World Bank, and the United Nations.

The World Bank worked with the partners to help develop the charter and four main priorities for the Coalition: (i) Innovative Financing Tools and Platforms; (ii) Resilient Infrastructure; (iii) Renewable Energy; and (iv) Building regional and Local Capacity – all aimed at accelerating transformational change to climate-smart development across the Caribbean region. The Coalition is committed to helping drive a collective vision, founded on a clear road map and dynamic partnerships with civil society and public and private sector organizations.

The Global Platform for Sustainable Cities (GPSC) supports 28 cities across 11 countries to turn climate planning into action. Through the Sustainable Cities program that includes the GPSC and is led by the World Bank, the implementation of various climate financing projects – ranging in focus from integrated planning and urban transport to energy efficiency – currently underway by the participating cities could lead to direct or indirect greenhouse gas (GHG) emission reductions equating to more than 100 million metric tons of carbon.

The Global Environment Facility’s (GEF) grant for the first phase of the Sustainable Cities program [video] totaled US$150 million, while the associated projects have mobilized US$2.4 billion in co-financing – a multiplying factor 17 times the original grant amount. This tremendous financing leverage, together with the program’s two-prong approach of global and city-level knowledge sharing, promotes a cohort of international financial institutions to link knowledge to finance.

At the One Planet Summit, GEF announced that they intended to double their financial contribution to the second phase of the Sustainable Cities program, which is set to start in 2018. Also announced was the aim to have 500 more cities join the GPSC’s global or country-level networks by 2020. This news will help further leverage the investments and action by cities in the initial phase of the Sustainable Cities program, and to turn climate planning into action for global climate benefits.

At the margin of the One Planet Summit, the Mayor of Paris and Chair of C40 Cities, Anne Hidalgo and the Mayor of Buenos Aires, Horacio Rodriguez Larreta, launched the new diplomatic initiative Urban 20 (U20), in which cities can share their experiences and develop collective messages in a way that enriches the G20 debates on the global issues of climate action, sustainable development and their socio-economic ramifications.

The initiative will bring together 20+ major cities located in the G20 countries, and many other global cities to raise the profile of urban issues in the G20 agenda and enhance the role of cities in the G20 process. The inaugural U20 Mayors Summit will meet in Buenos Aires in October 2018, ahead of the G20 Heads of State Summit hosted by Argentina. At this Summit, the U20 Mayors will set forth their shared aspirations and define concrete recommendations on how the G20 could support cities in delivering on the areas prioritized in the U20 agenda, and vice-versa.

The World Bank Group (IBRD and IFC) supports the U20 initiative as Knowledge Partners, together with the AFD, the Inter-American Development Bank (IADB), and the Development Bank of Latin America (CAF).

Climate Change and disasters impact the poor and vulnerable the most. The World Bank Group is committed to supporting client countries to build their resilience to these shocks. Looking ahead, the Bank will continue the discussion with global partners on building disaster resilience and fostering climate-smart growth at the upcoming World Urban Forum in Kuala Lumpur, Malaysia, from February 7 to 13, 2018.  Watch this space!