Strengthening Infrastructure in Tajikistan for Disaster and Climate Resilience 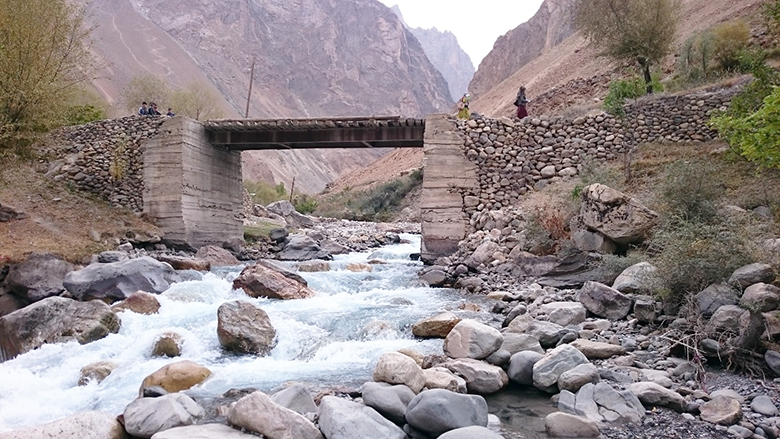 Tajikistan is the most climate vulnerable country in all of Europe and Central Asia, especially when it comes to key infrastructure.

A Changing Climate – And Growing Risk

The deep irony of climate change is that the countries least responsible for its causes will suffer the most from its effects. Nowhere in Central Asia is this truer than in Tajikistan, a heavily mountainous region with a population of 8.5 million and a high vulnerability to climate-induced shocks like droughts, flooding, landslides, and more.

By 2050, up to one third of the glaciers across Central Asia are predicted to disappear entirely, dramatically raising the risk of sudden floods from glacier lake outburst. For the country’s agricultural sector, which employs nearly 60 percent of the population, disasters like this are especially devastating, as vital transport networks are washed away, often taking months or years to restore.

In 2015, for example, high temperatures caused massive glacial flooding and mudflows that damaged critical infrastructure, forced more than 10,000 people to evacuate, and knocked out electricity to more than 80 percent of affected communities.

Rising disaster and climate risk, in addition to high vulnerability to seismic events, is threatening to undo much of Tajikistan’s impressive development progress over the last few decades.

Since 1999, Tajikistan has managed to cut its poverty rates in half, and reduce extreme poverty by nearly two-thirds. However, the last 25 years have also seen a string of major disasters across the country, collectively causing economic losses in excess of $1.8 billion and affecting more than 80 percent of the population, with the most vulnerable bearing the brunt of these impacts.

In order to protect Tajikistan’s socioeconomic gains and make development efforts in the country sustainable, efforts to build climate and disaster resilience are essential.

With the aforementioned challenges in mind, the World Bank has been partnering with the government of Tajikistan to strengthen critical infrastructure in some of the most vulnerable regions. A new $50 million project (Strengthening Critical Infrastructure Against Natural Hazards) aims to:

The comprehensive project, which is expected to benefit more than 650,000 people, builds on years of important partnerships between the government and key development partners to identify priority risks, align with international best practices, and execute strategic investments in resilience.

In 2016, for example, Tajikistan sent experts to Japan to meet with government agencies, disaster risk management and infrastructure specialists as part of an important knowledge-sharing exercise. Insights from this exchange helped inform Tajikistan’s own strategy for strengthening key transport areas throughout the country. The government also worked closely with ARUP, a leading independent infrastructure firm, to ensure that the country’s investments are climate-resilient.

Other important partners, such as UNDP, Aga Khan Development Network, the Asian Development Bank, and others also provided key financing and technical assistance that both expanded the scale and shortened the implementation of these important interventions, highlighting the shared commitment to quality infrastructure across leading development actors.

To better explore how developing countries can leverage resilient infrastructure, both in the built environment and in nature-based solutions, the Global Facility for Disaster Reduction and Recovery, the European Union, the Government of Japan, and USAID are hosting a special instance of the Resilience Dialogue series on International Day for Disaster Reduction (Friday, October 13th) alongside the 2017 World Bank/IMF Annual Meetings.

This conversation is especially important considering that, over the next 20 years, we will collectively build more infrastructure than over the last 2,000 years – locking in either risk or resilience for future generations. Tajikistan’s experience proves that strategic and climate-smart investments can better protect lives and development gains from disasters.