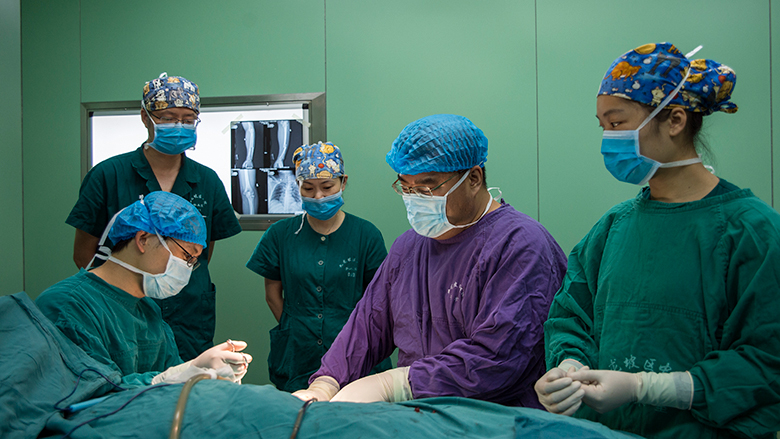 BEIJING, July 22 – A new report says China can offer better health care for its citizens at affordable costs if it restructures its delivery model to focus on providing integrated primary care for its rapidly aging population, and reforming public hospitals so they mainly treat complex and acute cases.

Switching to “people-centered, integrated care” would keep routine patient care outside of hospitals and help China cut down on health costs by as much as 3 percent of its gross domestic product (GDP) by 2035, according to the report conducted by the World Bank and the World Health Organization, the Ministry of Finance, the National Health and Family Planning Commission, and the Ministry of Human Resources and Social Protection of China. The savings, according to Bank estimates, is projected to be in the hundreds of billions of dollars annually.

Business as usual, however, would increase health spending by 8.4 percent a year from 2015 to 2020, faster than the projected GDP growth of 6.5 percent a year.

The report, Deepening Health Reform in China, is the most comprehensive report so far about China’s health reform. Two years in the making, it is based on 20 background studies, more than 30 case studies, visits to 21 provinces in China, and a series of technical workshops with a diverse team of policy makers, practitioners, researchers and academicians from all three partners.

The report comes as the Chinese government embarks on health reforms under the 13th Five-Year Development plan, including legislation that would set parameters of the health sector.

Its recommendations are built on China’s impressive success in health care over the last two decades. With massive investments in health infrastructure, the country achieved near-universal health insurance coverage at an unprecedented speed, with more than 95 percent of its population covered by 2011. This helped reduce child and maternal mortality rates; a child born in China today can expect to live more than 30 years longer than he would 50 years ago.

But China’s health costs have been growing because of rising incomes and expansion of health insurance to almost all citizens. After lifting more than 600 million people out of poverty amid double-digit growth in the last three decades, China now faces slower growth and emerging challenges common to a better-off society.

China faces emerging challenges to meet the healthcare needs of its citizen, due to a rapidly aging society and the increasing burden of non-communicable diseases, such as cancer and heart disease. There are now 140 million people older than 65 years in China, and that is expected to increase to 230 million by 2030. Infectious diseases have been replaced by non-communicable diseases as the greatest health threat, accounting for more than 80 percent of the 10.3 million deaths every year. Those diseases are exacerbated by high-risk behaviors such as smoking, sedentary lifestyles and alcohol consumption, as well as environmental factors such as air pollution. At the same time, with higher economic growth and personal incomes, people are demanding more and better health care.

That has put pressure on the health care system. According to the report, health gains have slowed, but healthcare spending has been growing at a rate of 5 to 10 percentage points higher than GDP growth since 2005. Out-of-pocket expenditures have eased significantly in recent years, but at 32 percent of total spending in 2014, the rate is still higher than the average of 21 percent among high-income economies.

The report details a series of recommendations on the practical and concrete actions required to build a healthcare system for the future, through improved service provision and the creation of a financial and institutional environment for the improved care.

At the core of the report’s recommendations is the full adoption of a people-centered integrated care model. The bedrock of this type of model is a strong primary care system that is integrated with more advanced care, especially for patients with chronic illness such as cancer and diabetes.

Another recommended way to improve to China’s healthcare system is to reform public hospitals so they are no longer a one-stop shop for all health services, but instead are used for more acute care with primary care provider covering routine care.

A more effective system would also change incentives for providers so they are rewarded for good health outcomes for patients instead of for the volume of care, which is a major driver of health costs.

The report recommends boosting the status of primary care providers so they are better paid and supported, to ensure a competent health workforce that people can trust.

It also supports allowing qualified private health providers to compete on a level playing field with the public sector to deliver cost-effective services.

And finally, the report suggests that a national authority to oversee quality improvements across the system could be considered by China.

The report urges China to incorporate the proposed changes in a coordinated and deliberate manner. It said it will likely take about 10 years for China to fully implement the proposed reforms. 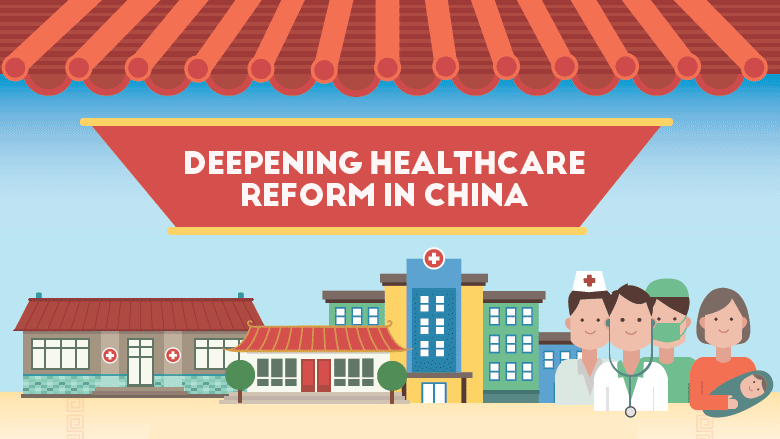