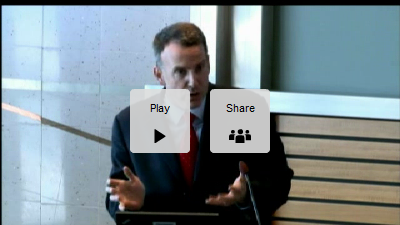 Urbanization will create huge opportunities in the decades ahead, given the role of cities in facilitating structural change and the productive impacts agglomeration has had on developed economies. Yet, urbanization is not always accompanied by growth and an increasingly large fraction of the world’s poor is expected to be living in urban areas. On November 12, the World Bank’s research department and the Social, Urban, Renewal and Resilience Global Practice hosted the 2nd Urbanization and Poverty Reduction Research Conference, along with George Washington University’s Institute for International Economic Policy, and the Growth Dialogue. The event brought together academics and development practitioners to discuss the policy challenges and opportunities of urbanization in developing countries in light of recent economic research.

From a policy perspective, urbanization raises a number of challenges including how to manage urban spatial expansion, provide infrastructure, address externalities in congestion, or build effective institutions and an enabling environment for economic development. Addressing a range of topics that relate to infrastructure, governance, and sustainable development, conference participants each shed light on how urbanization can be channeled towards effective and sustainable development.

" There are demons of urbanization, and they need to be tamed. But the future is not rural poverty. "

In his keynote address on Cities in the Developing World, Edward Glaeser (Harvard University) told a packed audience that the rise of poor country urbanization is the defining development statistic today. He highlighted the need for strong institutions to manage the pressures of urbanization in the future. “There are demons of urbanization, and they need to be tamed. But the future is not rural poverty,” Glaeser said.

In the second keynote address on The Power of the Grid, Paul Romer (New York University) emphasized the need for countries to plan in advance for urban expansion. In his presentation on “The Power of the Grid” he used New York City as an example of how urban planning decisions made two centuries ago still affect the development of the city’s infrastructure and commercial activities to this day. Romer urged policy practitioners to “focus on dimensions that can have enormous impact, and that explain why some countries are rich and some are poor: human capital, urbanization, and the rule of law.” Romer suggested that governments plan in advance to make land available and to develop property rights. “In parts of the world where we know urban space is going to expand, we can plan at relatively low cost."

" In parts of the world where we know urban space is going to expand, we can plan at relatively low cost. "

In the paper sessions, presenters discuss various aspects of the process of urbanization. Vernon Henderson (London School of Economics) analyzed the links between climate and urbanization in African countries, showing how drier conditions foster urban population growth and an increase in both urban and rural incomes only in the few places likely to already have an urban industrial base. Rémi Jedwab (George Washington University) presented a theory of poor and rich megacities where cities may grow “too fast,” causing population growth and urban poverty to reinforce one another. 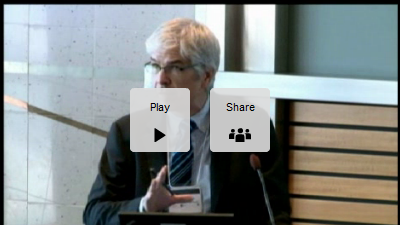 Video of 2nd Keynote Address by Paul Romer (Professor of Economics, NYU Stern School of Business and Director of the Urbanization Project). Watch the video.

Other presenters focused on hindrances that prevent efficient urbanization. Gilles Duranton (Wharton) showed how facilitating efficient factor allocation—in the present case, land in India—could potentially have strong economic impact. Other presenters insisted on the links between governance and urbanization: Harris Selod (World Bank) described contexts in which cities can grow informally over time because of deficient property right systems unaffordable to a large fraction of the population, while Quoc-Anh Do (Sciences Po) explained how geographic isolation of capital cities can be a symptom and an enabler of misgovernance. Paul Carrillo (George Washington University) then discussed how better regulations can help countries reduce the negative externalities associated with urbanization, whether car pollution or crime.

Discussants Somik Lall (World Bank), Diego Puga (CEMFI) and Paolo Avner (World Bank) highlighted the need to better understand the contexts in which urbanization may sometimes be a symptom of underdevelopment, and called for improved methodologies to measure the actual impact of policies on net employment creation (as opposed to simply relocation of activities).The closing session of the conference emphasized the progress that has been achieved in the field over the last 20 years, and included an in-depth discussion of the future of urbanization and poverty research. Participants agreed that many policy questions remain unanswered. Gilles Duranton (Wharton) called for further research on how urbanization without industrialization will unfold. Marianne Fay (World Bank) encouraged those attending to consider urbanization in terms of the impact that climate change will have on vulnerable people in developing countries, and to understand changing demographics. Attendees looked forward to addressing these and other issues at next year’s conference.

This conference was organized and supported by: