Why the World Bank is Taking on Climate Change

If you had a life-threatening illness and there was near unanimous consensus among doctors about the cause, what would you do?

We know that climate change, left unchecked, threatens the health, homes, and livelihoods of millions of people around the globe, with the poorest and most vulnerable hit the hardest.

This week, the United Nations Intergovernmental Panel on Climate Change (IPCC) will release a major report that is expected to raise the panel’s certainty that human activity, particularly the burning of fossil fuels, is the cause of much of the warming seen in recent years. In New York, World Bank President Jim Kim will also be speaking at the opening of Climate Week on Sept. 23 on the impacts of climate change on poverty and the need for action.

“Decades of progress are now in danger of being rolled back because of climate change,” Kim says. "This is a ‘make-or-break’ decade for action on global warming. The time to address the interlinked challenges of climate change and ending extreme poverty is now.”

The IPCC report, prepared by hundreds of scientists as an update from the panel’s 2007 report, is expected to reinforce predictions of rising sea levels and of the increasing likelihood of heat waves and other extreme weather. Its findings are expected to strengthen the scientific case for urgent action on climate change, described in the World Bank’s “Turn Down the Heat” reports. The Bank reports warned that the world would warm by 4 degrees Celsius without concerted, immediate action, and that a 2 degree Celsuis warmer world – conditions we could experience in our lifetimes – will keep millions of people trapped in poverty.

No time to waste

The World Bank Group has already made climate change a priority. We know the world cannot afford to wait, and we are stepping up our mitigation, adaptation, and disaster risk management work.

President Kim has called for a global response equal to the scale of the climate challenge and bold ideas that will make the biggest difference:

To move forward at the required scale means driving mitigation action in top-emitting countries, getting prices and incentives right, and getting finance flowing for low-carbon green growth. The Bank is also exploring:

" Decades of progress are now in danger of being rolled back because of climate change. This is a ‘make-or-break’ decade for action on global warming. The time to address the interlinked challenges of climate change and ending extreme poverty is now.  "

President of the World Bank Group

Below are some highlights of the Bank’s work over the past three months.

Working with partners is a critical part of our efforts to bend the curve on carbon emissions. President Kim, along with Al Gore, and World Bank Vice President for Sustainable Development Rachel Kyte along with UNFCCC Executive Secretary Christiana Figueres were also participating this week in a Social Good Summit sessions focused on climate change. The three-day summit attracts technology and social change leaders who meet to brainstorm creative and innovative solutions to global challenges. 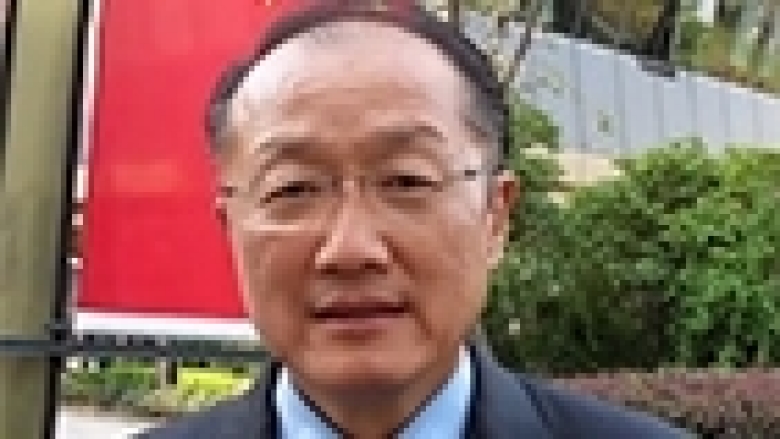