We can’t wait for a return to growth in high-income countries,” says World Bank Group President Jim Yong Kim. “So we have to continue to support developing countries in making investments in infrastructure, in health, in education.” Four years after the onset of the global financial crisis, the world economy remains fragile and growth in high-income countries is weak, says the new Global Economic Prospects Report. www.worldbank.org/globaloutlook

January 15, 2013 – Four years after the onset of the global financial crisis, the worst appears to be over.

Despite slow growth in high-income countries, prospects for the developing world remain solid (albeit between 1 and 2 percentage points slower than in the pre-crisis period). In order to regain those earlier faster growth rates, developing countries will need to focus on productivity-enhancing domestic policies, to assure robust growth in the long term.

" The economic recovery remains fragile and uncertain, clouding the prospect for rapid improvement and a return to more robust economic growth. Developing countries have remained remarkably resilient thus far. But we can't wait for a return to growth in the high-income countries, so we have to continue to support developing countries in making investments in infrastructure, in health, in education. This will set the stage for the stronger growth that we know that they can achieve in the future. " 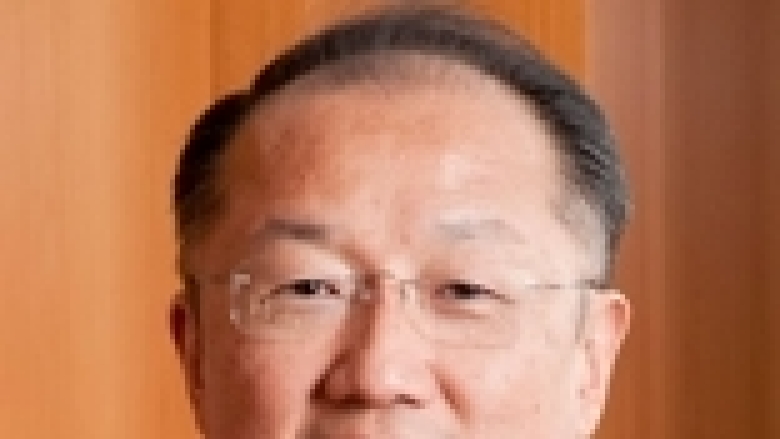 While diminished, downside risks to the global economy persist and include a stalling of progress on the Euro Area crisis, debt and fiscal issues in the United States, the possibility of a sharp slowing of investment in China, and a disruption in global oil supplies.

In this weak external environment, growth for developing countries will need to come from within, by strengthening governance and investing in infrastructure, education, and health care.

Growth in the East Asia and Pacific region slowed to an estimated 7.5 percent in 2012, from 8.3 percent in 2011, largely due to weak external demand and policy actions in China to contain inflation. Growth in the region, excluding China, slowed less quickly due to robust domestic demand. Regional GDP growth is projected to pick up to 7.9 percent in 2013 before stabilizing at around 7.5 percent by 2015, with China’s economy expanding at 8.4 percent in 2013, before easing to 7.9 percent by 2015. Ex-China, regional growth is forecast to average 5.9 percent over 2013-2015 on strong domestic demand and intensified global trade flows.

GDP growth in Europe and Central Asia is estimated to have slowed sharply to 3 percent in 2012 from 5.5 percent in 2011 as the region faced significant headwinds, including weak external demand, deleveraging by European banks, summer drought and commodity-price induced inflationary pressures. Growth in the region is projected to rebound to 3.6 percent in 2013 and 4.3 percent by 2015. Medium-term prospects for the region will critically depend on progress in addressing external (large current account deficits) and domestic (large fiscal deficit, unemployment, and inflation) imbalances, lack of competitiveness, and structural constraints.

In the Latin America and the Caribbean region GDP growth declined to an estimated 3 percent in 2012 (from 4.3 percent in 2011) because of a marked slowdown in domestic demand in some of the largest economies in the region and a weak external environment. Growth in Brazil, the region’s largest economy, expanded only an estimated 0.9 percent in 2012. A more accommodative policy environment, stronger capital flows (notably FDI) and more robust external demand are expected to lift regional growth over 2013-2015 to an average of 3.8 percent.

Growth in the Middle East and North Africa region continues to be affected by political uncertainty and unrest in several countries. Regional GDP is estimated to have grown by 3.8 percent in 2012 (following a 2.4 percent decline in 2011). Regional output is projected to slow to 3.4 percent in 2013, rising to 4.3 percent by 2015, assuming an easing of the current uncertainty and domestic unrest, a strengthening of tourism, and a recovery of the region’s exports as global demand continues to firm.

Growth in Sub-Saharan Africa remained robust at 4.6 percent in 2012. Excluding South Africa, the region’s largest economy, GDP output expanded 5.8 percent in 2012, with a third of countries in the region growing by at least 6 percent. Robust domestic demand, still high commodity prices, increased export volumes (due to new capacity in the natural resource sector) and steady remittance flows supported growth in 2012. However, the expansion was curtailed by domestic factors, including earlier monetary policy tightening, protracted labor disputes, and political unrest. The region is projected to grow at its pre-crisis average of 5 percent during 2013-15.