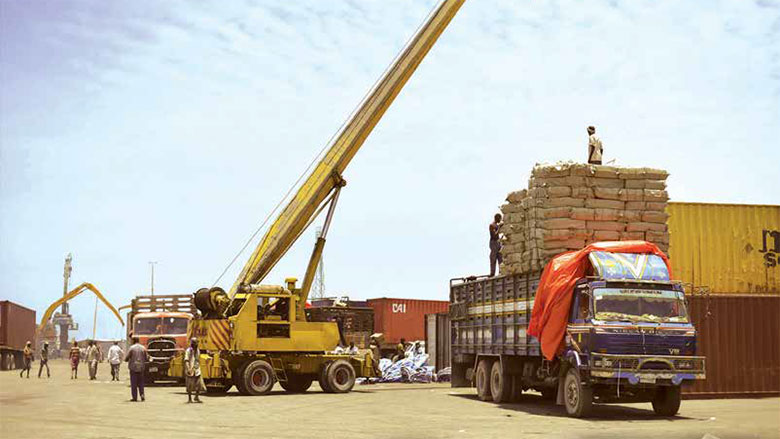 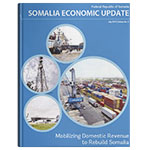 Somalia Economic Update, August 2017
Somalia’s federal government needs to build up its tax base if it wants to provide services and get outlying regions to back it.

Against a background of drought and the prospect of famine, Somalia’s fiscal situation is—almost paradoxically—improving. For four years in a row, the Federal Government has presented a budget for parliamentary approval. In the same period of time, public expenditure has expanded almost fivefold—from about US$35 million in 2012 to US$170 million in 2016, with US$267 million budgeted for 2017, according to our new report, “Mobilizing Domestic Revenue to Rebuild Somalia.”

Domestic revenue (taxes plus fees) as a share of GDP remains very low in Somalia, at just 2.8 percent, making it difficult for the government to provide services, even though revenue mobilization has improved significantly over the past five years, with domestic revenue growing 36 percent in 2015, rising from about US$84 million in 2014 to US$114.3 million in 2015, driven mainly by tax revenue.

However, revenue growth was flat, declining 1.4 percent to US$112.7 million in 2016. International trade taxes, mainly customs duty, remain Somalia’s key source of domestic revenue, accounting for 68 percent of its total in 2016.

The link between revenue mobilization, service delivery, and state legitimacy is the focus of the special section of this Economic Update.

For the Federal Government and Somalia as a whole, poor collection capacity, the weak management of public finance, a narrow tax base, and the absence of the legal and regulatory framework necessary to govern revenue collection and administration have created a tax gap of 70 percent–80 percent. (This is the difference between taxes actually paid, and taxes that should be paid, based on existing laws and statutes.)

Policy reform, a regulatory environment, and public financial management work together. A pending telecommunications bill will allow the Federal Government to raise taxes from Somalia’s vibrant telecommunications sector, while the public financial management bill should help reduce leaks in revenue and allow the government to improve control over its expenditure control, and transparency. Once passed, these bills offer good opportunities to increase domestic revenue. The efforts supported by the World Bank and other donors could help with revenue collection and administration, too.