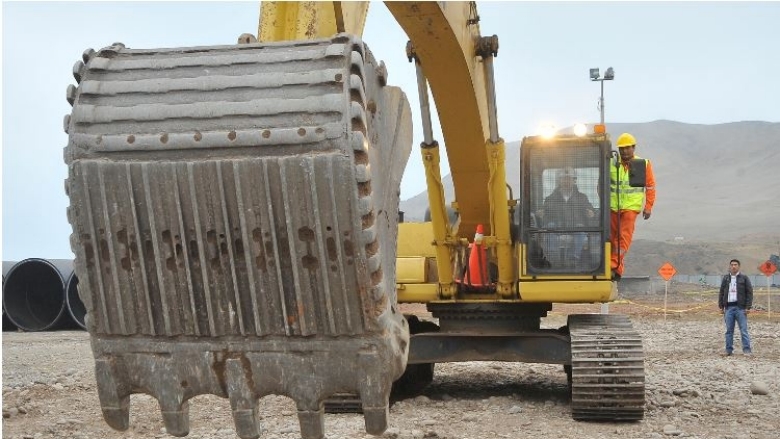 In 2015, Peru embarked on reforms to attract more commercial financing for its PPPs while reducing the need for government guarantees to cover projects’ commercial risk. With assistance from the World Bank Group, these reforms are helping the government prepare better project contracts and create a new pipeline of PPPs that are fiscally sustainable and shift commercial risk to the private sector.

Peru rapidly expanded its use of PPPs to develop public infrastructure and services in the past decade, but the government took on most project risks. It paid firms on construction milestones rather than pre-agreed quality standards, reflecting a weak PPP framework. The government’s PPP unit, Proinversion, also lacked staff with the right experience. This policy and institutional framework contributed to misaligned incentives for the private sector and undermined the quality of projects. It also increased the fiscal burden, limiting the government’s ability to support PPPs and other key investments.

The government led efforts to improve its entire PPP project cycle so that future projects would be fiscally sustainable and maximize financing from the private sector. Its guiding principle was to set up a framework that clearly defined roles across key government institutions and used a fiscally sustainable risk allocation model. The World Bank Group worked closely with the government to plan and implement these changes, as well as coordinate and integrate expertise.

In 2015, the Peruvian government implemented its reform agenda and passed a new PPP law with by-laws supporting the new risk allocation model. The law paved the way for a new framework that has allowed the government to phase out government guarantees as well as transfer construction and financial risks to the private sector. Based on previous capital markets support initiated in 2012, the Bank Group is providing technical assistance on preparing standard contracts, and new procedures for preparing bankable projects have been added to the framework.

These institutional and regulatory reforms were partly funded by the Swiss government through a $1.5 million technical assistance program and supported in 2016 by the World Bank through a $1.25 billion loan with a deferred drawdown option. These milestone achievements helped Peru subscribe to the principles for PPPs established by the Organisation for Economic Co-operation and Development in 2016.

By early 2018, the regulatory and institutional framework was mostly complete. Ongoing implementation support continues at the Ministry of Economy and Finance (for example, on setting up a contingency liability framework) and at Proinversion.

The Peruvian administration that took over in July 2016 asked the World Bank Group to help structure a robust pipeline of PPP projects. Enhancing sustainable private sector investment in infrastructure became a full-fledged objective of the World Bank Group’s Country Partnership Framework with Peru for 2017–21.

The World Bank Group helped design and prioritize a PPP project pipeline to implement the new risk-sharing model and assisted in developing local-currency financial instruments to access private financing for infrastructure. The engagement on capital markets has already supported implementation of a hybrid issuance regime, reducing cost and time-to-market for issuers. It has also supported more efficient clearing and settlement of securities, as well as oversight of secondary markets.

Viable state-owned enterprises (SOEs) are being considered as sources of new issuances and infrastructure finance. For example, the government and the Bank Group are exploring whether SOEs in water and sewerage could be candidates, as part of efforts to improve access to these services in urban areas, set better governance standards, and deepen the use of capital markets.

These uses of capital markets financing build on IFC’s work since 2003, which has paved the way for issuers to raise funds in local currency. From 2004 to 2017, IFC pioneered the issuance of domestic bonds, offshore bonds, and green bonds in Peruvian soles. It also helped local companies access the capital market through partial credit guarantees. These initiatives reduced exposure to foreign currency risks and created financing products with longer maturities, diversified structures, and better investment ratings.

In 2018, the Peruvian government prioritized transactions under the new PPP framework, with IFC advising Proinversion on Headworks for Drinkable Water, a $600 million bulk water supply PPP in Lima. The government and the World Bank are studying the use of credit enhancement products for PPPs, which will replace implicit guarantees with partial, well-targeted, and explicit guarantees for this and future transactions. As the private sector becomes familiar with the new risk allocation model, PPPs will no longer rely on credit enhancements. The World Bank’s water and financial markets teams as well as IFC continue to help implement sector reform and create enabling capital markets, further improving access to commercial financing. In addition to water, the two-year planning horizon of the PPP portfolio includes investments of $14.6 billion, mainly in transport ($9.6 billion) and energy ($1.1 billion).

The Bank Group is exploring more ways to attract institutional investors and capital markets financing for new projects, for instance by establishing debt funds specialized in infrastructure. Another example is the Joint Capital Markets Program (J-CAP) initiative that aims to expand access to domestic financing in six countries, including Peru. Through J-CAP, the Bank Group will spearhead the 2018 Pacific Alliance Capital Markets Conference, which will contribute to the development and integration of capital markets in Chile, Colombia, Mexico, and Peru.

The World Bank and IFC jointly supported two new public-private partnership (PPP) laws and related regulations, which passed in 2015 and 2016.The World Bank provided a $1.25 billion loan with a deferred drawdown option for related reforms.

In 2015, the World Bank initiated a capital markets strengthening program to increase financing options in local currency for infrastructure.

The World Bank is supporting the development of financial instruments to enhance credit and transition to a sustainable risk allocation system for PPPs.

A follow-on IFC advisory mandate is being jointly implemented with the World Bank in the water sector as a pilot.