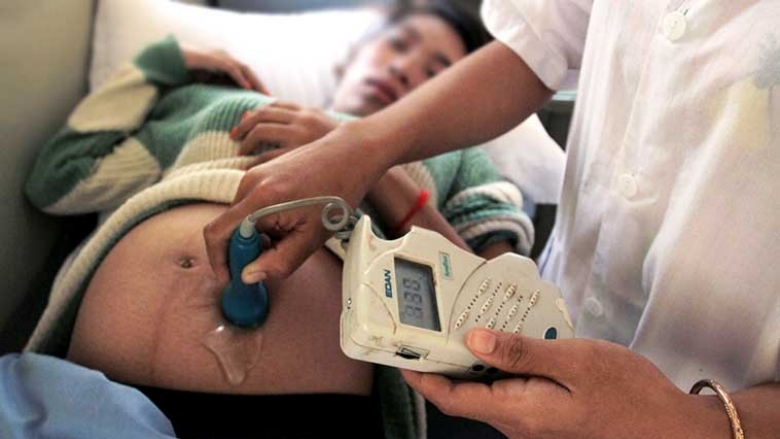 The Second Health Sector Support Program has improved health care services in Cambodia and created a Health Equity Fund, which is now available to 100% of the poor population and helped nearly 8.46 million people get access to basic health, nutrition and reproductive health services by the end of 2015.

Despite recent dramatic improvements in maternal and child health, Cambodia still has great inequities in health outcomes based on socio-economic status and between rural and urban populations.

In 2014, child mortality was 76 deaths per 1,000 live births for the poorest quintile of the population – sharply higher than 19 in the wealthiest quintile. Child malnutrition remains high and in 2014, 32% of children under five – or about 500,000 children – were stunted. Non-communicable diseases are a growing burden due to an aging population and life style changes.

Many hospitals and health facilities around the country were destroyed during the conflict period that lasted more than 30 years. The government has been taking steps to reconstruct and revitalize public health system with the assistance of donors and NGOs.

Cambodia needed to increase health service accessibility for the poor as well as help provide reliable funding to finance health facilities. In addition it wanted to improve child nutrition.

The Second Health Sector Support Program Project (HSSP2) for Cambodia is designed to assist with the implementation of the government's 2008-2015 health strategic plan. The project, which was launched in 2009 and builds on the first Health Sector Support Project, aims to improve coverage and quality of health care services by expanding the health facility network, supplying medical equipment and financing technical and institutional capacity improvement.

It also finances health outreach activities in remote and difficult to access areas. The HSSP2 co-financed and scaled up innovative, performance-based health financing mechanisms such as the Health Equity Funds, which subsidize costs of health services for the poor, and the Service Delivery Grants, which leverage the improvement of health facility management, staff attendance and the coverage of health services.

" When we arrived at the hospital, doctors told me that if she had been sent to the hospital even two days later, she would have died. "

IDA has provided US$30 million to support HSSP2. The Bank has also contributed analytical work in the health sector such as studies on quality of care and Health Equity Fund utilization, as well as a poverty assessment.

H-EQIP aims to improve access to quality health services for the targeted population groups and help protect against impoverishment due to the cost of health services in Cambodia.

Siv Mao, who lives in Char Village in remote Preah Vihear province, had a bad health scare at the end of her pregnancy. She began to bleed and the local health center couldn’t stop it so they sent her to the provincial hospital for a cesarean section. Siv Mao’s mother-in-law Sin Savy – a trained midwife – knew the hospital would be able to help. “When we arrived at the hospital, doctors told me that if she had been sent to the hospital even two days later, she would have died,” said Sin Savy. “I was very worried because I had never seen such a case.”

Siv Mao and her husband named their baby son “Rith Samnang”, which means “Lucky”. “We are all very lucky,” Siv Mao said. “He is in good health.”