Ensuring Gender Equality and Access to Finance in Kecamatans in Indonesia: $208 Million in IBRD Financing 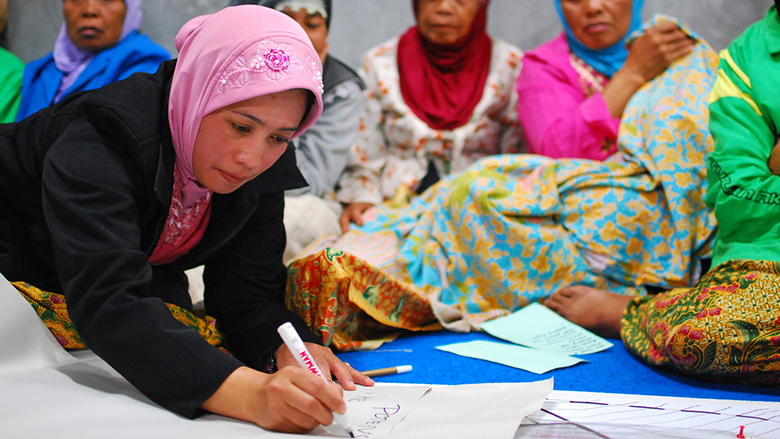 Before 2001, women and poorer people were under-represented in Indonesia’s local governing bodies, or kecamatans. Without input or participation in kecamatans policy making, these groups did not have adequate access to basic public services such as health care and education. Women, in particular, were not given the public space to demand these services – traditionally, women did not formally participate in local governance.

Through World Bank funding and with the backing of the Indonesian Government, the Kecamatan Development Project was established to support grassroots democratization in more than 15,000 poor villages across Indonesia. Selected women, representing their villages in their designated kecamatan, were able to apply for funds to develop infrastructure, economic activities, social services, and community asset investments which would promote a sustainable economy across all sectors of their communities.

By the project’s end, women's participation in the kecamatans had increased as high as 46%, and $39.6 million in loans were distributed to local women who used the funds to finance traditional enterprises. They were provided training, capacity building, and skill development in activities that helped them to strengthen social services, infrastructure, and the local economy.