TASHKENT, July 13, 2018 - World Bank Vice President for Europe and Central Asia Cyril Muller reconfirmed the World Bank Group’s strong commitment to support Uzbekistan as it goes through a major economic and social transformation, and encouraged Uzbek authorities to maintain the impressive pace and scope of reforms.

Muller’s trip to Uzbekistan on July 12-13, 2018, followed the visit of President of Uzbekistan Shavkat Mirziyoyev to the World Bank Group Headquarters in Washington DC, to meet with World Bank Group President Jim Young Kim in May 2018. The trip provided an opportunity to discuss Uzbekistan’s social and economic transformation and to reaffirm the World Bank Group’s support for reforms to accelerate economic growth and boost shared prosperity, including through projects in rural and urban development, social protection, early childhood development, institutional building and development financing.

In Tashkent, Muller had a bilateral meeting with President Mirziyoyev to discuss next steps in deepening economic and social reforms in Uzbekistan and the role the World Bank can play in this process. He also met with senior parliamentary and government officials to discuss ways to continue building a successful market economy and modernizing agriculture. Mr. Muller met with the first Deputy Chairman of the Senate Sodyq Safoyev, Deputy Prime Minister and Minister of Finance Djamshid Kuchkarov, Deputy Prime Minister and Chairman of the State Committee for Investments Sukhrob Kholmuradov, Minister of Foreign Trade Djamshid Khodjayev, and Minister of Employment and Labor Relations Sherzod Kudbiyev.

“The World Bank welcomes Uzbekistan’s commitment to press ahead with difficult yet critical reforms. The World Bank Group is looking forward to continuing our support to help advance efforts to build a brighter future for all the people of Uzbekistan,” said Muller.

The World Bank Vice President also had open and frank discussion with representatives from local civil society, human rights defenders, and the private sector to hear their views about recent political and economic developments in Uzbekistan, progress achieved in the area of labor rights protection, citizen engagement and the growing role of civil society in the country.

During the past 12 months, the Government of Uzbekistan has taken significant steps to transform its economy by liberalizing its currency, lifting trade and investment barriers, reducing business regulations, and opening markets to attract investment and boost imports and exports. The Government is also expanding support to disadvantaged people through safety nets, while making citizen engagement a priority in helping to shape the reforms.

In addition to the recently approved Development Policy Operation in Uzbekistan, the World Bank is supporting the implementation of 17 projects, totaling over US$ 2.8 billion. These projects contribute to the improvement of agriculture and water resources management, energy, transport, healthcare, education, urban development, water supply and sanitation services, which support the country’s economic growth and higher living standards. 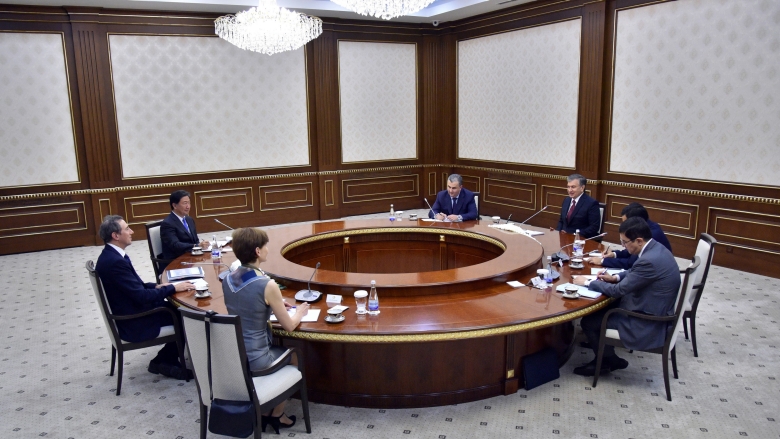